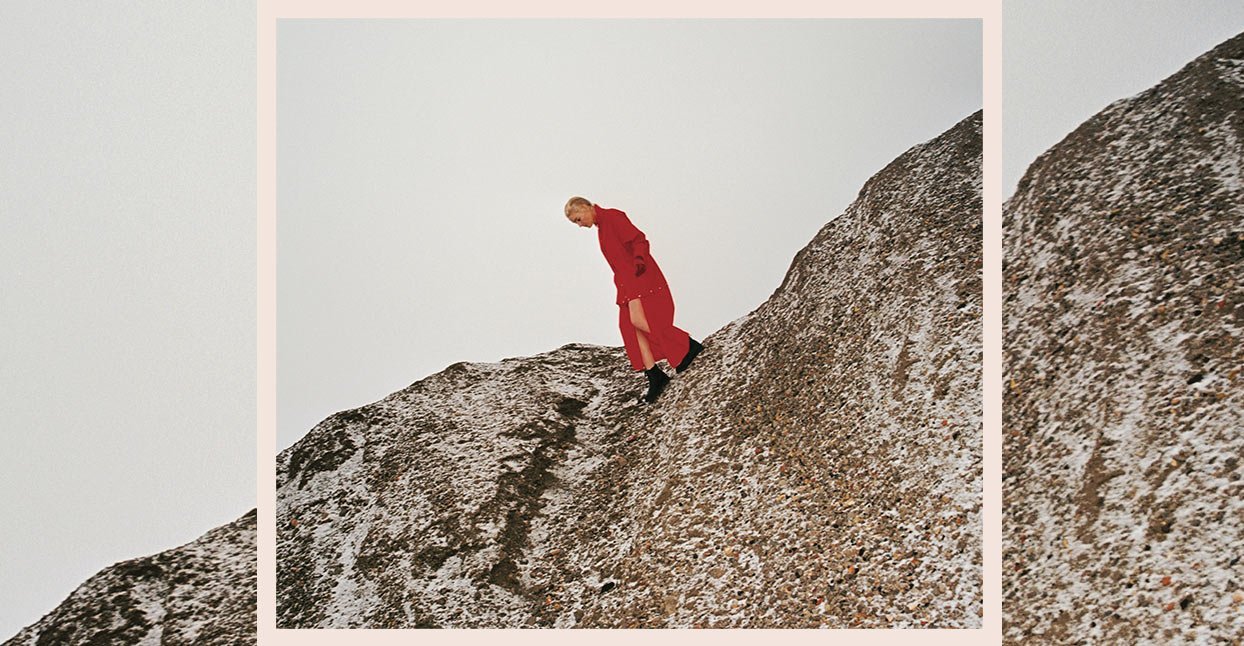 On a recent visit to New York City, Welsh songwriter Cate Le Bon visited an exhibit on the Swedish painter Hilma af Klint at the Guggenheim Museum. There are some similarities between af Klint’s dramatic abstract paintings and Le Bon’s new album, Reward. For one thing, both operate on a grand scale. Like af Klint, Le Bon works in isolation—Reward was written during a year she spent in solitary conditions in rural England. Although the album is intimate in nature, it incorporates a dynamic new palette of sounds, and lyrics that are decidedly more straightforward. In short, Reward marks a sea change in her career.

In April 2017, on the heels of years of near-constant touring—both with her own group and with DRINKS, her collaboration with White Fence’s Tim Presley—Le Bon moved to the remote village of Cumbria, in the Lake District of North West England, to attend a year-long architecture school program. While in Cumbria, she spent her days learning to build furniture, taking long walks, and joining an early morning swim club on Lake Windermere. “I was slowing down and taking stock, not being fixed on a point on the fake horizon,” she explains. “It was such a simple existence.”

Le Bon didn’t stop making music while she was in Cumbria, but her priorities shifted. Instead of being her full-time occupation, music became “a hobby.” In the Lake District, she bought a used piano—her first—and began writing songs, often in the still hours of the night, with a view of the mountains out her window. Forsaking the guitar, her primary instrument to that point, gave her new songs a sense of vulnerability. “A piano is a lot more involved instrument [than a guitar],” she said. “It’s more dramatic…there’s no hiding [from it].”

Although Le Bon wrote all 10 of the songs on Reward on that piano, the final recorded versions embrace a wide array of sounds without sacrificing any of their original intimacy. The saxophone, played by Stephen Black, is particularly powerful. “You can cry on a sax—it can fill a song,” Le Bon says. “It immediately makes me feel excited.” The saxophone makes several appearances on the album, and helps establish drastically different moods: it tears through the spacious opening track “Miami” in serrated blasts, creating a sharp contrast with the recurring clusters of chiming synths, underscoring a sense of menace in the titular lyric. Later, “Mother’s Mother’s Magazines” incorporates a jaunty bassline and manic squawks of sax to amplify its biting and manic narrative, about, “being around a lot of really fed up women.” And while the downtempo “Sad Nudes” features some of Le Bon’s snarkiest lyrics, the brief interjections of sax highlight its underlying wistfulness.

Before moving to Cumbria, Le Bon produced Deerhunter’s 2019 record Why Hasn’t Everything Already Disappeared?, and some of that album’s warmth can be felt here, too. Guitars—courtesy of a rotating cast of players, including Le Bon and the Red Hot Chili Peppers’ Josh Klinghoffer—are still in the picture, but are often downplayed and subtle. Le Bon and her band employ a wide battery of expressive percussion as well. On “Home To You,” crunchy shakers add an extra layer of grit; later, the echoing thuds that conclude “The Light” evoke a feeling of distance as much as any words ever could.

And while Le Bon has long had a penchant for abstract, open-ended lyrics, the songs on Reward frequently veer towards the explicit, with several references to the absence of a particular person. “[There’s] a lot of reckoning that comes where the ghosts lie,” she remarks with a wry smile, referencing the time she spent alone with her thoughts. She is at her most direct in lead single “Daylight Matters,” a melancholy song with a sweeping maximalist arrangement, overflowing with brass and warm guitars that undercut the sadness in her words: “I love you but you’re not here / I love you but you’ve gone,” she sings in a stately tone that evokes Nico. “Where would he go for fun in this town / How would he sit / And bookend days?” she asks plaintively in “The Light.”

Born of intense reflection and intimacy, Reward aims straight for the heart, even while keeping its cards close. Case in point: when LeBon sings “Love is beautiful to me / Love is you” on closing track “Meet the Man,” it’s not entirely clear who she’s singing to. But in the end, that small detail becomes irrelevant. We can feel the impression they’ve made on her, and that is all that matters.