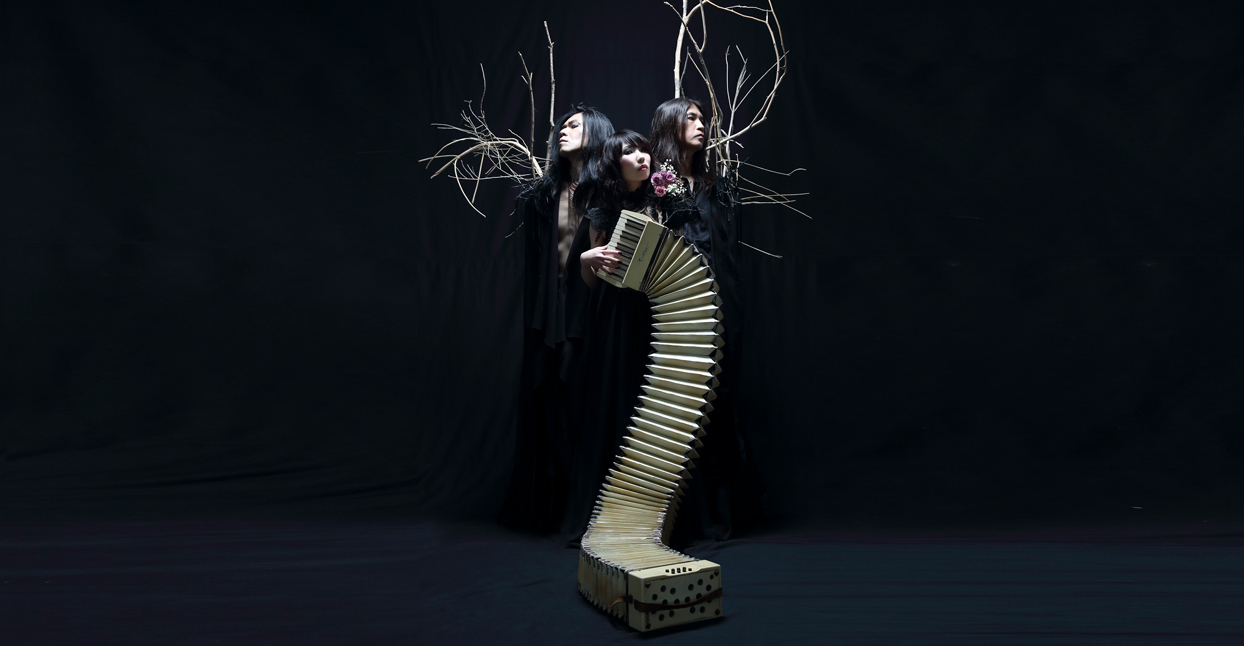 When they began back in 1992, Japanese metal band Boris never expected that they’d still be around 25 years later. Few bands last that long, and even fewer manage to do so while maintaining the same lineup. Yet since their inception, the Tokyo heavy rock/metal trio have constructed an intricate web of studio albums, plus collaborative releases with the likes of Sunn O))) and Merzbow, that have made their catalogue not just bountiful, but complex—even mysterious. As they headed toward the release of this year’s Dear, they were confronted with the complicated responsibilities of personal lives outside the band; they began to question whether Boris had a future beyond the quarter-century mark.

With all of that in mind, Boris developed a plan to record one potential final statement. That album, Dear, was conceived as a dramatic bow after years spent challenging heavy music’s conventions through numerous stylistic changes and thousands of thunderously loud, gong-bashing live shows in several continents.

Though the journey has been long, Boris never abandoned their initial approach. When they began performing in the ‘90s, they crafted devastating, low-end distortion drones that sounded heavier than anything in metal at the time, gradually carving melodies and hooks out of those walls of noise. More than two decades later, Dear is an all-encompassing summary of Boris’ career in which they revisit directions taken in the past while uncovering new sounds in the process. It’s an album that guitarist/bassist and vocalist Takeshi says they wanted to be a fitting representation of their legacy.

“Being in a band for 25 years, there are sometimes many problems with members’ homes or families, and many situations arise that make continuing as an active band difficult,” he says. “I think it was around late 2014, there was a situation where we thought the band wouldn’t have a future. We had an extremely simple thought: we wanted to create music that we could leave behind.”

Dear captures small pieces of every musical style that Boris have explored throughout their career. It brings together various aspects of their musical makeup in a single, cohesive package; it’s like a “greatest hits” compilation entirely composed of new tracks. There’s epic drone-doom (“D.O.W.N.”), atmospheric post-rock (“Biotope”), spacious shoegaze (“Kagero”), and sludgy stoner rock (“Absolutego”). In fact, the song “Absolutego” takes its name from the group’s debut album, which was released back in 1996, bringing their history full circle.

Contemplating their legacy is a relatively new thing for Boris. They’ve never been the type of band to repeat themselves or to look back, though last year’s world tour for the 10th anniversary of their 2006 breakthrough Pink allowed Takeshi, guitarist Wata, and drummer Atsuo the opportunity to revisit some of their most beloved material. The trip to the past helped them to see further into their own future, and the tour fueled a fertile period of creativity thereafter.

“We didn’t look back at our path before, so around Pink’s 10th anniversary, we felt the need to make the music compatible for both new and old listeners,” he says. “During the same time, as we toured, our desire for new sound also heightened. We wrote additional songs between tours. We acquired lots of power from the audience during the tour, which I think helped Dear end up being a very positive album.”

In a way, Dear is cut from the same cloth as Pink. Both are albums consumed by crushingly heavy guitars and enveloping clouds of distortion. These elements have been used in entirely different ways throughout the band’s career; in their most experimental moments, such as 2011’s J-pop-influenced New Album and the dark, shoegazing Attention Please, they almost abandon that cranked-to-eleven intensity entirely. Still, Takeshi doesn’t necessarily see these more unconventional stylistic choices as out of step with their discography.

“There are many types of ‘heavy,’” he says. “Both of those albums are considered ‘heavy’ to us. I also hope we get across the diversity of ‘heavy.’”

That’s because heavy, for Boris, is more a state of being than a musical approach. Their songwriting is open-ended; at no point has anyone in the band ever dictated what the music should be. The end result is often different than what came before it, but that’s only because the band allows the music to speak to them, rather than vice versa.

“We attempt to approach each album from a direction that could lead us to the sound we want; we develop its methodology. There are parts where we get closer to a certain music style, but it’s not that we’re consciously aiming at that style from the beginning. It’s more of a result,” Takeshi says. “It’s a comfortable landing point. It kind of feels like climbing a spiral staircase.”

From the beginning, Boris wasn’t a band with any one stated objective. “I just wanted to get together, make noise, and have fun,” says Takeshi. Twenty-five years later, that’s exactly what the band is doing, just on a much more ambitious scale. It’s the people involved who allow that feeling to continue. When Takeshi, Wata, and Atsuo get together in a room and play their instruments, something special happens.

“It’s truly fun being on a quest for new sounds that only the three of us can make. There’s no ending yet,” Takeshi says. “You can’t copy and paste this band or swap members. In order to create the sound of Boris, it definitely has to be these three members.”