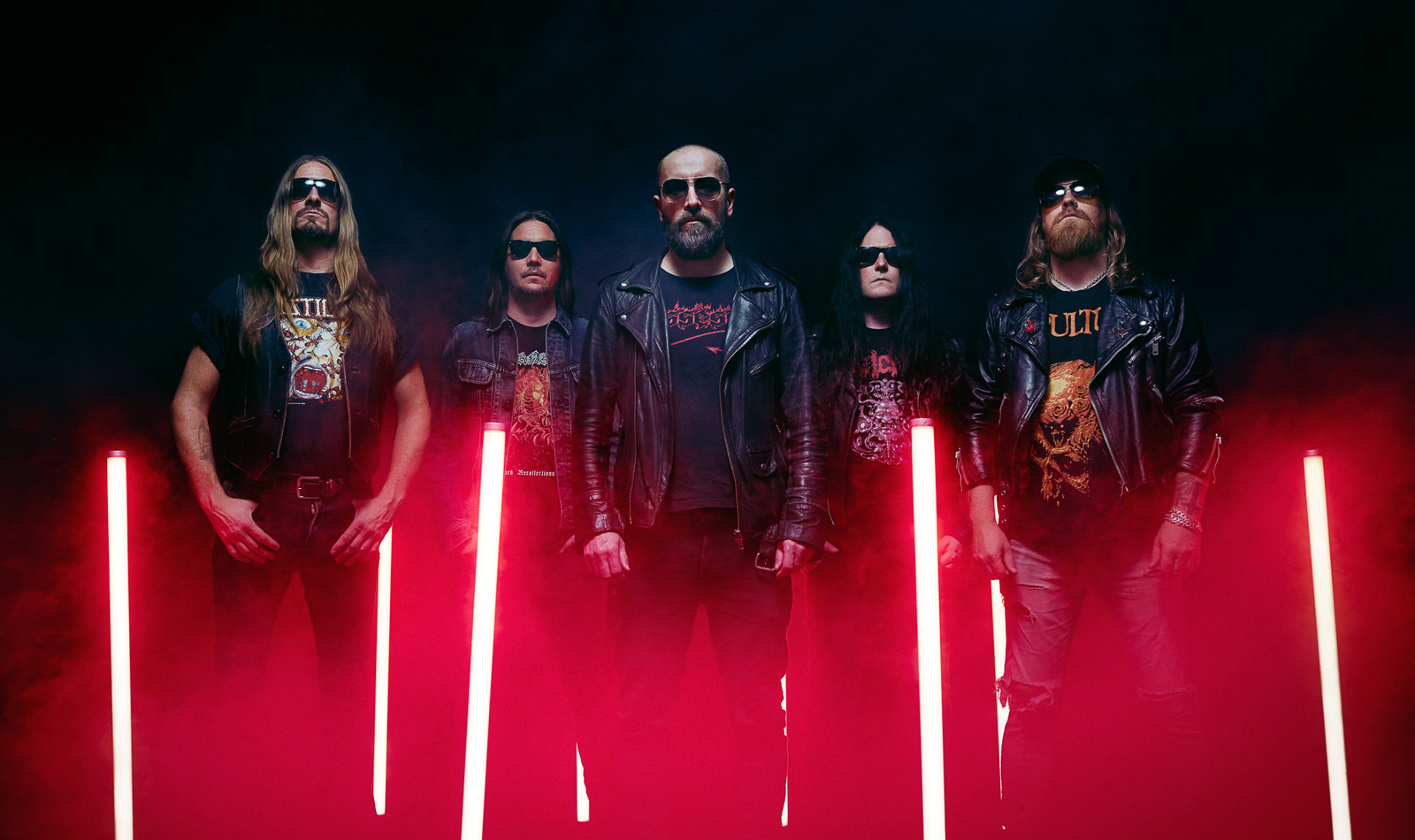 Stockholm is one of death metal’s storied ancestral homes. Entombed, Grave, Unleashed, and Dismember all called the Swedish capital home during their legendary early ’90s runs, and Tomas Skogsberg’s Sunlight Studio helped give the city its signature buzzsaw sound. In 1998, a new band added their name to the ledger by paying tribute to the acts that had helped define the Stockholm scene at the beginning of the decade. Bloodbath were a modern throwback who just happened to start working toward the tail end of the old guard’s prime. By cross-pollinating classic Swedeath with the sweaty sound of the late ’80s Florida scene, Bloodbath also unwittingly created a template for the thousands of old-school death metal revivalists that would follow in their wake. Their sixth album Survival of the Sickest proves that they’re still among the best bands stalking the mortuary halls.

The Bloodbath lineup has always been stacked with heavy hitters from the extreme metal underground. Jonas Renkse and Anders Nyström from Katatonia; Dan Swanö from Edge of Sanity; and Mikael Åkerfeldt from Opeth were the band’s co-founders. Today, only Renkse and Nyström remain, flanked on Survival of the Sickest by former Opeth drummer Martin “Axe” Axenrot, Lik guitarist Tomas Åkvik, and Paradise Lost frontman Nick Holmes. It’s Holmes’ third album with the band, and he sounds more comfortable in the role than ever.

“When I think of supergroup, I think of Paul McCartney and Bruce Springsteen and people like that,” Holmes says when presented with the dreaded “S-word.” “To me, somebody who can play a stadium on their own, that’s the true definition of somebody who’s in a supergroup. But we’re all from established bands in our own right. We’re not walking into it naïve about songwriting and doing gigs and this kind of thing because we’ve had 35 years of it. So, I guess you’re hitting the ground running to a certain degree.”

For Holmes, getting the call to join Bloodbath in 2014 also brought a teenage obsession with death metal full circle. “We listen to the old bands before we go on stage to get in the mood, and it’s like we’re kids again,” he says. “There’s a heavy dose of nostalgia in it, but probably the best years of my life were spent listening to death metal.” His own main project, Paradise Lost, had begun in more strictly death metal-oriented territory, but their stately, gothic doom moved further afield by the mid-’90s. Holmes began to reintroduce death growls to Paradise Lost by the end of the aughts, but the band was still miles away from the bludgeoning attack of Bloodbath.

“I was very flattered that they asked me, and I was quite surprised because I wasn’t doing the death metal voice much at that point,” Holmes says. “So, I guess it was more about the first Paradise Lost albums, the first three albums when it was more death metal. But I’d already started to turn that back on a bit, the death growl stuff. Once I started doing it, it didn’t take long to get back into.”

Holmes’ first two records with the band, Grand Morbid Funeral and The Arrow Satan Is Drawn, were about as far away from that elemental, old-school death metal sound as Bloodbath had ever traveled. By contrast, Survival of the Sickest feels like a conscious return to the primitive form of the Åkerfeldt-fronted Breeding Death and Resurrection Through Carnage releases.

“We’d gone down a path slightly on the previous album, where it wasn’t really what the band was about,” Holmes muses. “I do like that album, but it was a bit different, with a kind of black metal edge to it, and it was taking away from what the band was about, really. So, it’s a case of just bringing it back to why the guys started in the first place, which was a heavy love of the early Swedish stuff and a lot of the early Florida bands. It was kind of a reset button.”

That back-to-basics approach is evident from the album’s opening moments. “Zombie Inferno” rips through the speakers like a razorblade through flesh in a Lucio Fulci flick. Written by the newest member of Bloodbath, Tomas Åkvik, the song sets the grisly tone for the 45 minutes of sonic torment that follows. It also calls back to a Death classic, albeit one it doesn’t sound anything like. “I was reading reviews and some people were saying it sounds like ‘Zombie Ritual,’” Holmes laughs. “It’s like, ‘No, the title sounds like it, not the song.’ I was thinking, ‘You need to listen again.’ But we kept calling it ‘Zombie Ritual,’ just because we were getting confused with the different zombie terms. But yeah, the song’s a bit different to the Death one.”

It’s Holmes’ unhinged performance that pushes “Zombie Inferno” over the edge. He sounds downright terrifying; he also sounds like he’s having a blast. The ad-libbed expletive he came up with in the vocal booth was what ultimately led the band to put the song in the opening slot on the album. “We couldn’t think of another song that starts with the word ‘fucked,’” he says. “I mean, it was originally ‘trapped,’ but I just changed it to “fucked” when we were recording it for a bit of fun, so I thought, ‘We gotta open up with that.’”

The only bit of reprieve from the death metal maelstrom comes at the very end of the album. For the coda of “No God Before Me,” Holmes harmonizes with Renkse and producer Lawrence Mackrory for a faux-monastic chant of the title phrase. It may not be particularly brutal, but it’s easily the eeriest piece of atmosphere Bloodbath have ever recorded. “That wasn’t even going to be anywhere near as long as that,” Holmes reveals. “But we just thought, ‘Why don’t we drag it on, and get a bell in the background, and make it all evil?’”

Bloodbath may have begun as a side project for its founding Swedes, but it’s grown into a crucial, joyful part of the lives of everyone involved. Survival of the Sickest is animated by that sense of jubilation. “It’s something that just completely relit the flame of my interest in the genre,” Holmes says. “If you’re passionate about something as a teenager, it won’t take much to get back into it, and that’s very much what’s happened with this. I love the nostalgic element of it. It reminds me of being a younger guy, which is never a bad thing.”