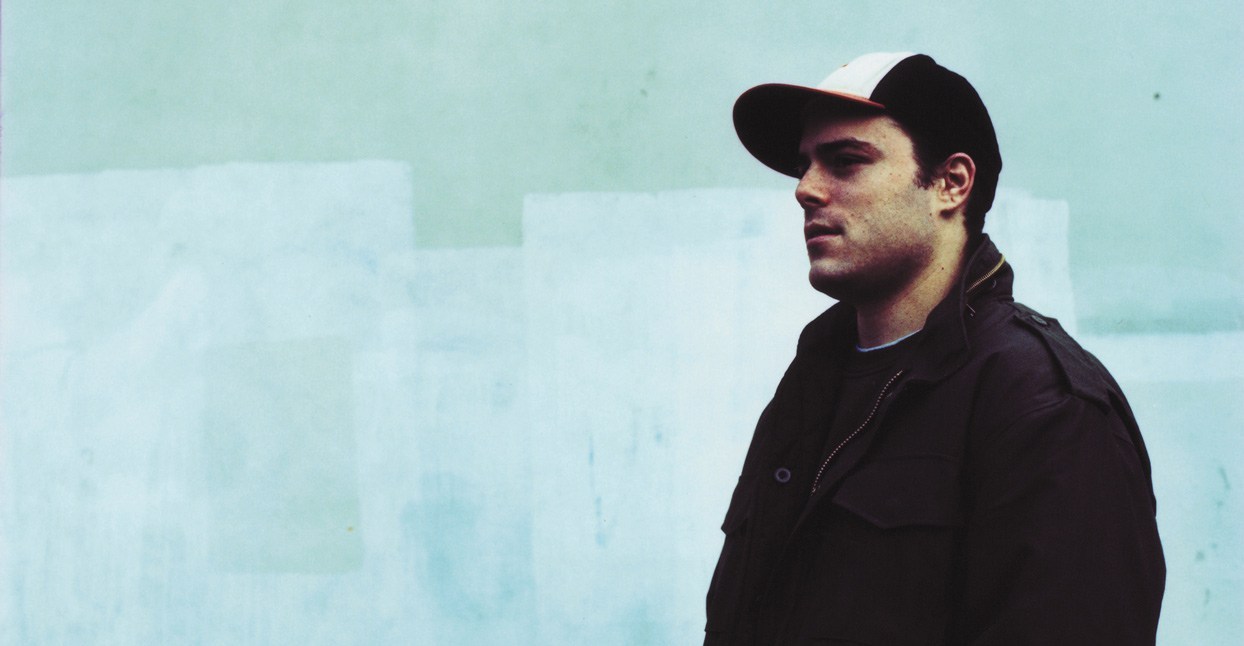 Free Sweatpants is an album Blockhead has been trying to make since 2002. Back then, the upcoming Manhattan-based hip-hop producer wanted to make an album that would pair his beats with an ensemble cast of his favorite rappers. Instead, he opted to sign to Ninja Tune, releasing a series of instrumental albums characterized by gritty drums, solemn and melancholy samples, and irreverent cut-and-paste soundbites. But two years ago, the idea of making an MC-driven album started working its way back into his consciousness.

“I was very selective, and I really went after rappers who I’m fans of,” Blockhead says. It took a couple of years to “wrangle the rappers,” but he eventually amassed enough material for Free Sweatpants to begin taking shape. The album boasts a wide array of MCs: Chicago spitters Open Mike Eagle, Vic Spencer, and Tree; artists he met on the New York City scene, like Aesop Rock, Breezly Brewin, and Homeboy Sandman; plus Hemlock Ernst (who records with the synthpop band Future Islands) and Philadelphia’s MarQ Spekt. Firebrand duo Armand Hammer also appear, and the group’s billy woods released Free Sweatpants via his Backwoodz Studioz label. And while producer-driven albums with a large cast of characters can often feel distant or ad-hoc, the songs on Free Sweatpants gel seamlessly, an ideal example of organic collaboration in the digital age.

Some of the guests required persuading before they were enlisted. Tree says he “wasn’t doing features and absolutely hated the thought of the music business and its arrogant ass artists and cliques,” but something about the dark, brooding beat that became “Frank” caught his ear and inspired him to pen a biographical rap about his aunt’s ex-boyfriend. The song’s dramatic narrative was sourced from “conversations with Frank, who’s a 70-year-old black man who can still run, jump, and is in perfect health—and is a lifelong criminal. He’s spent 30-plus years in jail, [and] he did travel state to state burglarizing mansions and boosting with heroin-addicted prostitutes.”

On “Slippery Slope,” billy woods, Open Mike Eagle, and Breezly Brewin of The Juggaknots take turns rapping over a lush, flute-powered beat that creates a strangely disquieting mood. “It has a hazy, stoned-is-the-way-of-the-walk vibe,” says woods. “The production is hard, but it still allows you to zone out,” adds Breeze, who first met Blockhead 15 years ago when he passed through the Fat Beats record store. “The way it’s layered, it gives the MC space to operate, so it’s smart production.” The three MCs recorded their verses in the order they appear, with each rapper’s words motivating the next. “Blockhead was the one orchestrating,” is how woods characterizes the collaboration.

The song “Deeperstill” features Homeboy Sandman effortlessly skating over a beat that originally sounded a bit different before it was changed due to sample issues. “Block asked me if he can remix it, and I tell him I hate remixes because I rhyme so in the pocket,” Sandman recalls. “But Block was determined to rise to the challenge. He did like 10 remixes, and one was perfect, and that’s on the album.”

Throughout Free Sweatpants, Blockhead’s beats sound dynamic and gutsy, an approach that was politically inspired. The album’s cover features a photograph of a person asleep under a giant American flag in a D.C. train station, which Blockhead shot himself. “The cover seems like it’s politically charged, and it’s kinda hard to not feel that way right now,” he says. “As someone who’s not a vocal artist, I can only do so much. But Hemlock’s song is a strong condemnation of police brutality, Armand Hammer have political angles, and ‘Make America Gape Again’ is a political song. I can’t say I’m making a huge political statement, but the vibe of the album is dark. I didn’t realize until after the process—there’s definitely a shadow over it.”

That shadow makes Free Sweatpants register as a funky but overcast experience, with many tracks mixing tough kicks and snares with bluesy guitar and synth lines. The closing song, “Make America Gape Again,” is one of a handful of instrumentals that break up the MC-centric tracks. “I wanted to end on a somber note, even though the song does turn towards the end and the clouds part a little,” he explains. “Despite having all these great MCs on the album, I wanted to end on a heavier instrumental.”