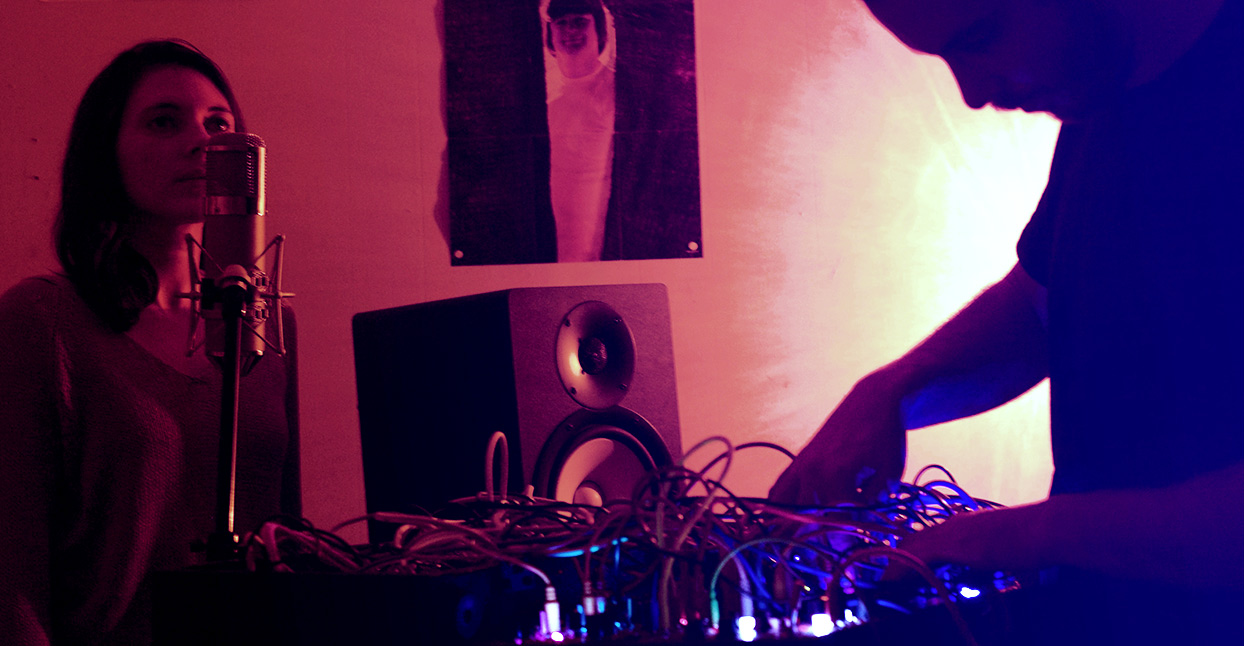 When done properly, ambient music is supposed to disappear. The sound is still there, but it’s meant to become a part of you, seeping calmly into your skin. Despite its minimal sonic arrangements, the best ambient work forges an emotional connection, stirring up strong personal memories. (The worst is at least quiet enough that you can ignore it and get other shit done.)

“Silencio,” a 34-minute release from Washington, D.C. musicians Blacklodge and EM.G, was recorded during the height of 2016’s social and political tensions. Split into two 17-minute halves, the track groans anxiously, using hypnotic synths and vocal drones to convey a tension and unease. While it loosely scans as “ambient,” and while that genre is generally known for its calmer side, “Silencio” feels edgy and menacing.

Which is impressive considering that Blacklodge and EM.G—aka producer Alex Tebeleff and vocalist Maggie Gilmore—created “Silencio” after just one conversation about the benefits of silence.

“This started more as expression and experimentation—a conversation about what humans-as-creatives are capable of, both separately and together,” Tebeleff says. “It’s nice to have an idea in our head that’s an expression of words and feelings.”

Tebeleff isn’t a natural modular synth player. As the de facto leader of Paperhaus, he’s known mostly for his vocal and guitar work. But his interest in synthesizers goes back more than 10 years when, as a teenager, he had an affinity for Radiohead, Brian Eno, Aphex Twin, and Boards of Canada. His friend Ben Schurr, of Philadelphia experimental pop group Br’er, had a Korg MS 2000. “I ended up buying a Moog Sub 37 synthesizer, which is what I’m using now,” Tebeleff says. “Even in my so-called ‘rock band’ Paperhaus, I’m playing the Moog more than my guitar. I’m even using my guitar pedals with the Moog as a transition into making synthesized music as my main endeavor as a musician.”

“Silencio” is Tebeleff’s first official foray into full-on modular synth composition and, at certain parts of the song, you can hear that sense of discovery. The track pivots between darker grooves and brighter pop tones, as if Tebeleff is still learning the technology. Gilmore, a classically-trained operatic vocalist, adds haunting nuances. Her tone is aerial and distant, like a sad-eyed angel drifting down to plead with your soul. “The vocal element works as a cry of mourning, weaving through these literal overtones,” Gilmore says. “It’s the ability to expel the great sorrow we’ve all been feeling.”

Throughout “Silencio,” Tebeleff and Gilmore make use of space and stillness, mixing high-end wails and breathy sighs to generate a mood of exasperation and anticipation. It’s a dark mirror of both the emotional and psychological pain of 2016. “I didn’t approach this socio-politically, because I’m not using words,” Tebeleff says. “I’m approaching this in the same way hip-hop producers have destroyed the expectations of what melody can be for Western music.”

Politically-inspired art is a well-worn trope, but “Silencio” feels like something new. It’s a long, winding boat ride through our deepest fears and uncertainties. “The project may not produce a song that people will want to listen to over and over again,” Gilmore admits. “It may be more of a collection of sounds than an accessible song.” But like most ambient music, “Silencio” works wonders with very little, gently stirring the darkest parts of the soul and providing an outlet for grief and fear.