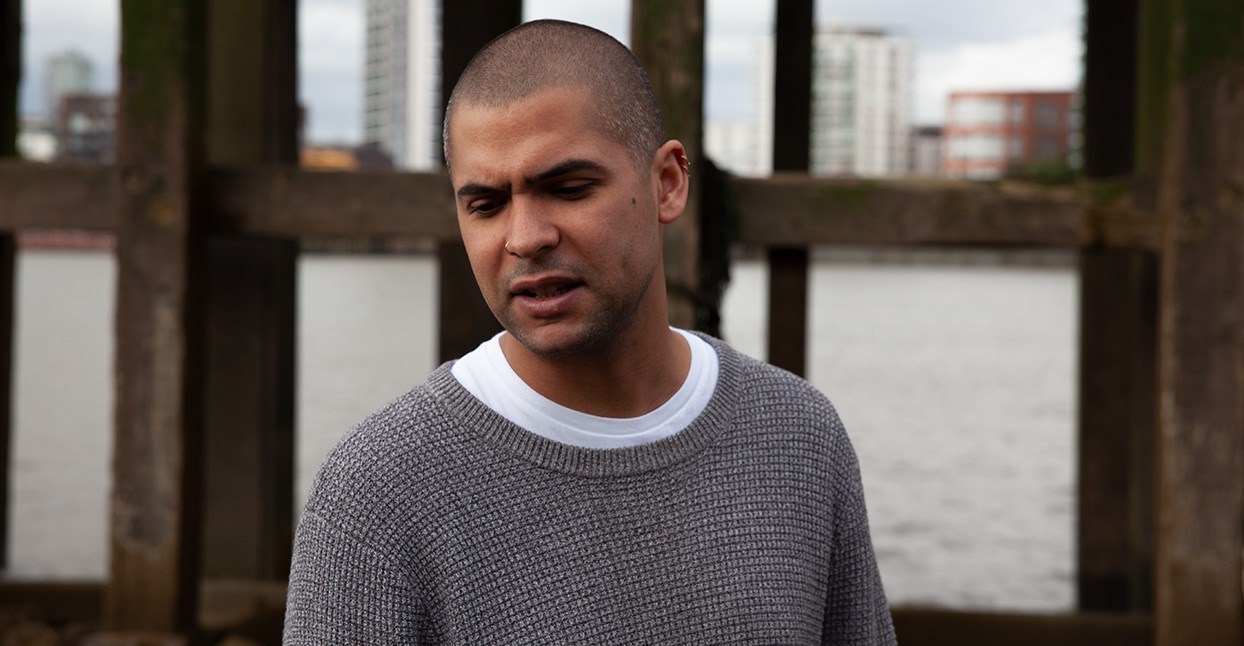 By the time saxophonist Binker Golding was eight years old, he had “formed a secure musical taste of what [he] liked and didn’t like,” including jazz from Thelonious Monk to Duke Ellington and Stan Kenton. The same year, he took up the saxophone, beginning “the struggle to find meaning in life and music,” as he says. Some people find their purposes early.

Golding has released four albums as a bandleader and played on countless others with rising stars of the London jazz scene, including pianist Sarah Tandy, vocalist Zara McFarlane, and drummer Moses Boyd. His sound is malleable, from coruscating sheets of buffeting breath in his duo project with Boyd, to complex bebop with pianist Elliot Galvin, to soft balladry with McFarlane. He doesn’t like to be referred to as a prodigy, though; his is a craft that has been honed through hours of practice and gigs played to sparse, uninviting crowds. His latest release, Abstractions of Reality Past and Incredible Feathers, is his first with his own quartet.

If Golding isn’t a prodigy, he is certainly something of a savant. Chatting in the smoking area of a central London pub on an unseasonably warm summer day, gesturing wildly with his tattooed arms, Golding talks about everything from the music of experimental classical composers Olivier Messiaen and Pierre Boulez to Afrospiritualism, intuition, and Emily Dickinson’s poetry. It was the feathers of Dickinson’s line “hope is the thing with feathers” that inspired the lengthy title of the new record.

“If someone has feathers, that means they have hope to me,” Golding says, in an accent that veers from clipped to a north London drawl, “and so liking someone’s feathers means they are an inspirational person. It’s one of the biggest compliments.” His title is like his music on the record: enigmatic, at times unwieldy, but ultimately full of a myriad of meanings which ribbon outwards the more one listens.

There is the upbeat, deep swing of opener “I Forgot Santa Monica,” shot through with percussive lines from Golding’s tenor and Daniel Casimir on bass, the skewed balladry of “…And I Like Your Feathers,” and the infectious melody of “You, That Place, That Time,” which plays like Michael Brecker, if he was writing on the West Coast in the 1950s. It is music without flashy showmanship; instead it sweeps up the history of jazz, shuffles it, and places it back within the neat confines of this record.

At 33, Golding is in something like limbo: he is older than his peers in the London jazz revival, most of whom are in their mid 20s, yet according to conventional jazz tradition, he is still early in his career. “I fucking hate this term ‘revival,’ because the minute someone uses it it means death is around the corner,” he says. “In British jazz, there’s a revival around every 15 years, so I don’t really see myself as older or still young, I just play. It’s what I’ve been doing all the time since I left school.”

As a lead educator for grassroots weekend workshop Tomorrow’s Warriors, Golding has trained up many of the current generation of musicians, and is concerned about the spotlight that is now on them. “It’s a joke now—the new scene doesn’t understand,” he laughs. “I remember when I was 23, what gigs I was doing and what money I was making—and trust me, it was nothing. It was a shit pub in the east end of London with a bunch of old boys, playing some jazz, and getting your craft together. There’s something great to be said about that—that’s how you learn to put on a show. But there’s less appreciation for that now because this younger group can get much better gigs. If someone’s handed it to you on a plate, why work harder?”

For all the talk of revivals, Golding knows that the spotlight will inevitably die down, and then only a few will survive. “I wouldn’t have a job if it wasn’t for Kamasi Washington—he came out, made a huge record, and paved the way for so many of us,” he says, “but when people move on, as they always do, not everyone can go with them—who’s to say if I even will?”

This is why there is such an urgency to both Golding’s music and his persona. There is a limited time to get everything out. “I don’t sit and wait for inspiration to strike, I have to make it happen,” he says. “The beauty in what you write is what contains meaning—you need emotion, something that holds a mirror up to your heart and mind, and you can always find that in yourself.”

Founder of Tomorrow’s Warriors and mentor to Golding, bassist Gary Crosby describes him as “an incredible composer, probably the best we have now.” He clearly has plans for Golding to shepherd the next generation, even though he describes him as “sometimes a difficult character to manage—he’s a Tottenham boy, you know,” referencing the somewhat salubrious north London suburb. Longtime collaborator Boyd similarly describes Golding as “looking more serious than he is,” but when it comes to their relationship, it is always centered around enjoyment. “It all comes down to a great friendship and a great sense of humor between us,” he says. “He’s really musically open to trying out new ideas too, whether they work or not.”

In this vein of experimentation, for his next record Golding says he has something “radically different planned,” adding a knowing smile. “All I can say is to paraphrase Stockhausen, who wanted the whole world in his music, and that’s what I want too, I want to get the whole world into it.”

A few weeks after we meet, I go see Golding play a stripped-down show at a festival in Cambridgeshire with just Tandy for accompaniment. It is sweltering inside the small tent, but, with eyes closed, he feels his way around the keys, translating the new record into an hour-long stream of improvisation. The curious crowd keeps filtering in from outside, and by the end the tent is full and rapt. If we haven’t just witnessed the world in his music, at least we have heard what gives it meaning.