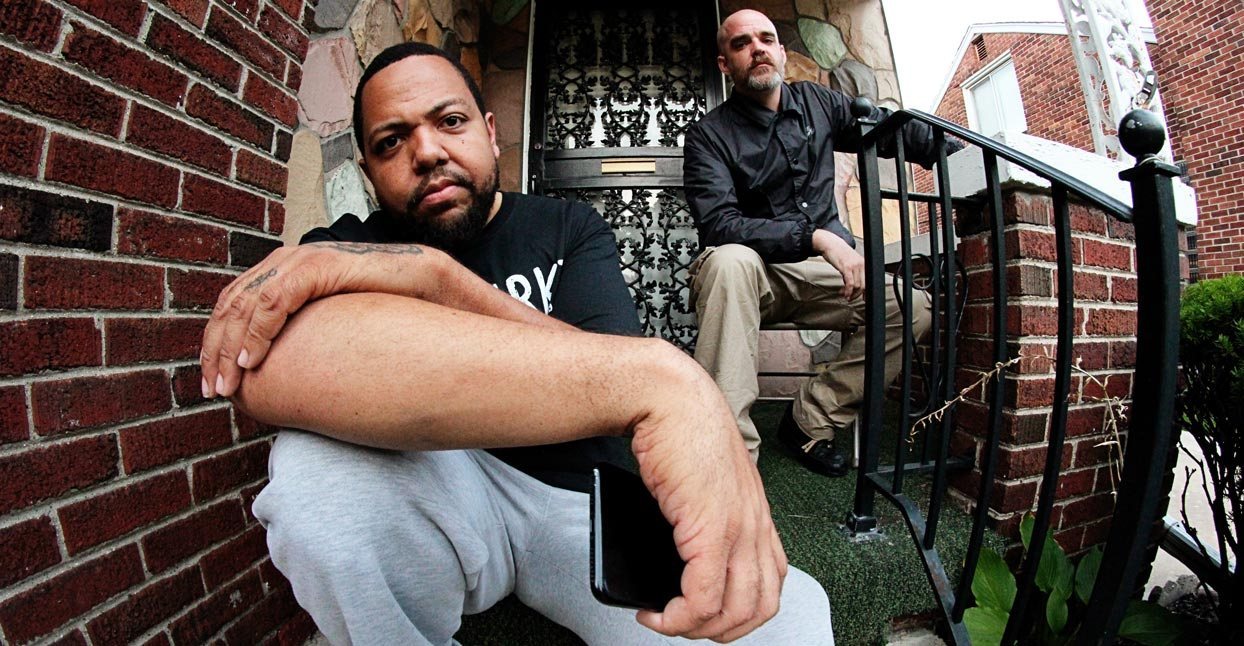 “I was becoming a father around the time we finished recording this album,” says the rapper Big Tone, talking about his latest LP Big Shoes. “What started out as a project designed to preserve the music changed its purpose. It’s not just about me any more, it’s about my family. The tone of the record reflects being in that new space in life, and the responsibility that comes along with it.”

Back in the ‘90s, when Tone was launching his hip-hop career, the MC would often run into the producer J Dilla at record stores and local studios around Detroit. When Dilla would step out of the studio, leaving his Emu SP1200 sampler behind, Tone couldn’t resist sneaking a listen to whatever the legendary beatmaker was working on. Tone and Dilla’s creative relationship solidified when Tone guested on the producer’s 2001 debut studio album, Welcome 2 Detroit, his sharp, syllable-packed verses grace the pulsing funk and snapping snares of “It’s Like That.” After Dilla passed away in 2006, Tone’s became part of a select group of Detroit artists charged with keeping the late producer’s legacy alive—and that theme of personal and musical legacy and preservation fuels his latest album, Big Shoes, which was produced by another Detroit staple, DJ House Shoes.

Backed by nothing more than a cascade of shimmering synths and elongated bass tones on album opener “Bio,” Tone offers a whirlwind recap of his rap career. In his extended verse, he describes his neighbors spitting bars in the driveway in the style of old-school rap group UTFO; he remembers copping hip-hop tapes from Aspen Records, and being inspired by Rakim and Big Daddy Kane; he details the moment he took the plunge into freestyle at the Hip-Hop Shop (the city’s legendary open mic spot that was held in a Maurice Malone clothing store). He also recalls pivotal meetings with House Shoes while readying his debut, Earcandy, which he released under the MC name Hodge Podge in 1998.

“I think a lot of people just didn’t know the history,” says Tone. “I’ve never really done a whole lot of talking in regards to my background.” Tone continues cataloging his history on the string-laden “Homage,” the second song he wrote for the project. “I’ve started to learn that if you don’t acknowledge your own contribution to something, it’s not anybody else’s responsibility to acknowledge it for you. You can’t be surprised—it’s easy to get written out of the books.”

Tone says that working exclusively with House Shoes’s beats inspired rawer-than-usual content in his lyrics. He says the producer’s style has a “darker feel, and it’s drum-heavy, even though he chops everything.” House Shoes says that he noticing Tone’s talent immediately, when the MC played him a cassette of his music in his car a few decades ago. “Certain cats got it from day one,” says Shoes. “They have an edge, for whatever reason; an accelerated learning curve if you will. Tone has always had that. I prefer cats with an independent sound, as opposed to something more derivative.” Some of the beats on Big Shoes have been sitting in Shoes’s personal stash for the last 20 years, reinforcing the producer’s characterization of the album as “a history lesson wrapped in spirituality.”

Big Shoes ends with “True Story,” an emotional static-caked song that brings the project full circle, with Tone paying tribute to the friends and fellow artists who stood by him during the making of the record, as well as through life’s “fall outs, lay offs and divorces.” At one point, Tone remembers the day “my queen informs me that fatherhood draws near,” inching towards a revelation: “Listening to a higher power leading me / To a lesson of what legacy must mean for me / Manifested in the moves we making / Acceptance, yo, when living the best is yet to come once you let it go.” It’s a sentiment that reflects the way he and House Shoes look at the album. “We’ve gotten to a point where we’ve sacrificed so much for this music,” Tone says. “We just want the respect that goes along with the journey.”