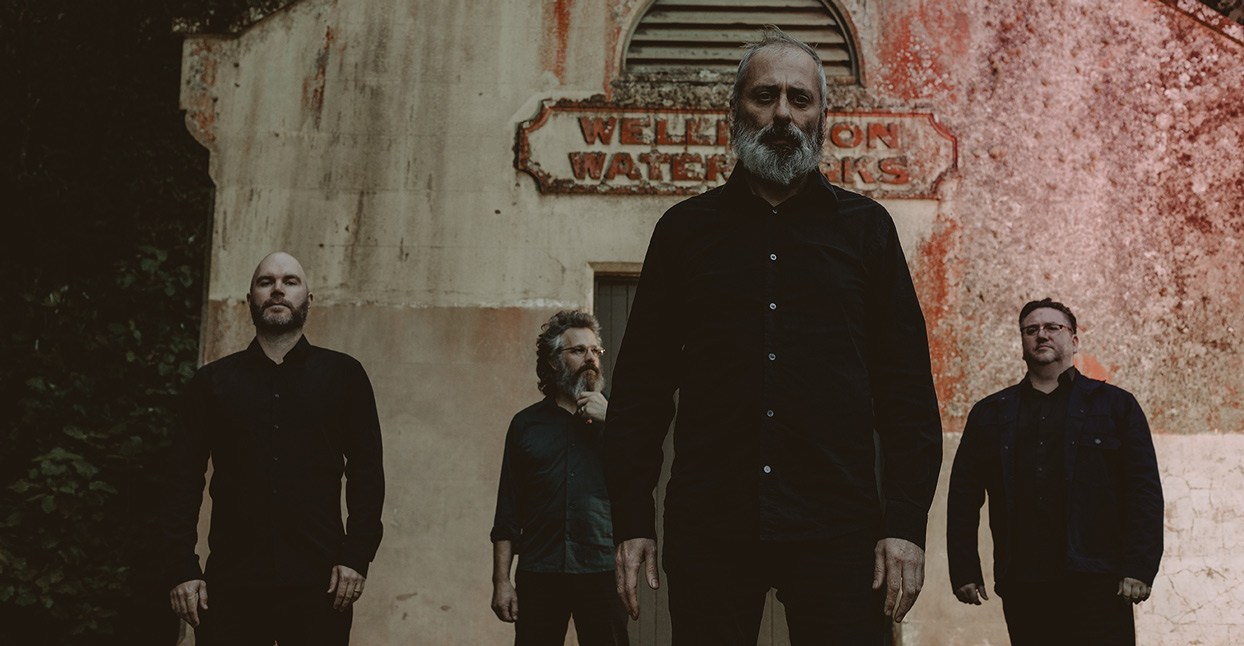 Beastwars were done. From their perch on the far side of the world in Wellington, New Zealand, the group—vocalist Matt Hyde, guitarist Clayton Anderson, bassist James Woods, and drummer Nathan “Nato” Hickey—had released three albums in six years. Their 2011 self-titled debut, 2013’s Blood Becomes Fire, and 2016’s The Death of All Things featured a crushingly heavy, apocalyptic take on stoner rock, with Hyde’s grizzly-bear vocals the focal point. Thanks to the Internet, and Bandcamp in particular, they’d found a small but devoted audience all over the world. But for a variety of reasons—creative conflicts, the finality inherent in releaseing an album trilogy, and actual geographical separation—the band decided to call it quits after TDoAT. Hickey left New Zealand for London, and the other three members—Hyde, Anderson, and Woods—went their separate ways.

Then Hyde was diagnosed with non-Hodgkin’s lymphoma. “I kept on getting ill, and I couldn’t [figure] it out, so there was a period of me going in and out of hospital, and they couldn’t work it out,” he says. “Finally, I had an ultrasound, and they found it [cancer] on my pancreas.”

He says the period between diagnosis and treatment was the darkest; heavy music is about staring into the void, true—but art is a performance, and actually facing one’s own mortality is a very matter entirely. “You think you’re prepared for it, but…I really felt like, ‘Oh shit, I’m only 46.’ It was very trying,” remembers Hyde, rattling off all the grim thoughts that’d whirred through his head at night. What is the void?…Is this it?…Heaven and Hell? “All these things suddenly become very real,” he concludes.

He was placed on opiates for pain management, followed by 21-day cycles of chemotherapy, with additional drugs thrown in: anti-nausea medication, anti-anxiety pills, even steroids. It was a terrible regimen, he says: “You’ve never had so many drugs in your life and you hate it. You want to go to a quieter time when you were much younger and there were no chemicals.” His sister and daughter were able to visit with him during the treatment, and could even stay overnight time to time, and yet, most days and nights were spent alone.

“It was like I was stuck in the ocean,” he says. “There was no wind, I was adrift. Time just slowed down.”

As soon as he completed his chemotherapy, the band booked 10 days in the studio and banged out the eight songs which make up their new album IV. In a statement announcing the album, they said they “felt an urgent need to capture new songs as a thank you to all the fans that supported him and as a way of reconnecting with each other after our tumultuous breakup. Matt’s illness put the band and what we meant to each other in perspective.”

Searching for lyrics, Hyde pulled from diaries he wrote during his illness. “One was [from] a trip to the far north of New Zealand, and one was from a difficult time maybe 18 months before. One [covers a period of] six weeks and one’s two weeks, and a lot of lyrics came from then, from how I was feeling at the time. ’Cause it was like scrambling for me, lyrically, ‘Oh, what am I gonna say?’ But it was weird, the stuff I had already written suited the time and really filled in places. It was like I was meant to make the album without knowing I was meant to make it.”

Monster Magnet’s Dave Wyndorf has said that his lyrics, which often seem like a half-joking swirl of comic book and sci-fi imagery, are in fact deeply personal; they’re just couched in metaphors only he understands. Hyde’s lyrics on IV seem to take a similar tack at times, though real pain seeps through. On “Storms of Mars,” he sings, “Let me live / Oh, give me 10 more years / You beg and then you cry / Let me build new Rome / Oh, let me see the stars / Let me see the world.”

While the riffs on IV are as heavy as ever, they’re more psychedelic than in the past, soaked in echo and reverb and various effects. Hickey says, “I think the songs were written with the effects in mind as opposed to being added later. I was working in Soho in London right next to Denmark Street, the famous ‘Tin Pan Alley’ of guitar stores. At least once a week I’d pop in to one of the stores at lunchtime and try a new pedal. I bought a lot of pedals over there. My wife called them my ‘friends’ because I didn’t know many people when I got over there, so I was playing guitar a lot at home with these new pedals I’d bought, and she’d take the piss out of me, saying, ‘Are you having fun with your friends?’”

Says Hickey, “We set a crazy goal for ourselves, going from not having played together for two years to booking 10 days to rehearse songs from scratch and then straight into recording them for 10 days.” Still, only the album’s final track, “Like Dried Blood,” was written in a rush, to replace a song that wasn’t coming together quite right. Other tracks had been steeping for a while: “Clayton, our guitarist, wrote ‘Storms of Mars’ and ‘Sound of the Grave’ in 2017, when him and [Hyde] were living together.”

“Like Dried Blood” is a typical Beastwars album closer, in that it’s slower and more epic than what’s come before, but the addition of haunted, melancholy piano pushes it into another realm entirely. Says Hickey, “We have described ourselves as being ‘hope metal’ in the past, as opposed to doom metal. This is an example of a song that builds to a really epic and triumphant climax.”

IV is more than just a gift to Beastwars fans, an album they never expected to hear. For Matt Hyde, it was a way to return to life itself. “When it time came to do the record, suddenly the wind started to blow again and land became—I could see it, I was going back into the world. It was a very hurried time, and for me quite a glorious time. Every day we were doing something. I was around my mates again, there was a lot of activity, Nathan came and lived at my house for three weeks, before and afterwards. Suddenly a lot of stuff was happening, it was a wonderful time. When you’ve been feeling alone, it’s great to enjoy the company of human beings.”