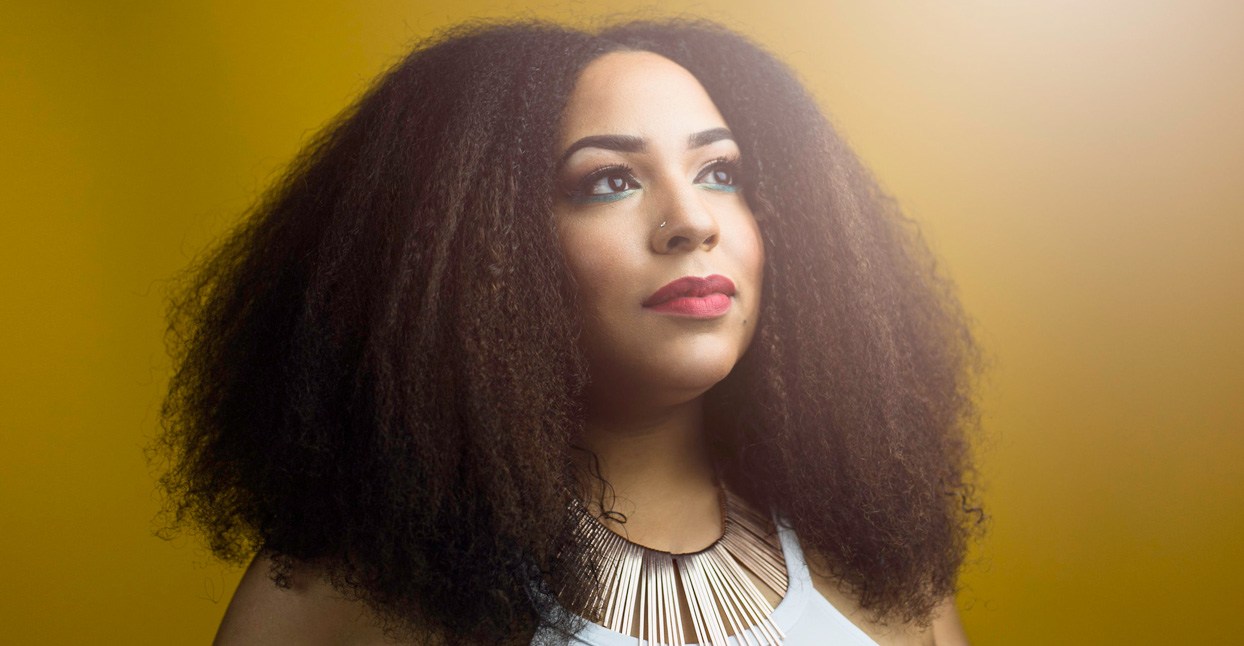 Atlanta is one of America’s most musical cities. R&B and hip-hop acts that call the city home have dominated the charts since the 1990s, but Atlanta has also produced prominent metal bands, indie rock acts, country performers, and gospel stars. So it should come as no surprise that the city has a vibrant, creative jazz and improvised music community, too. And while those artists may not have the profile of Janelle Monáe or Mastodon, they’re doing fascinating work and performing to enthusiastic local audiences in intimate venues that deserve support.

DangerFeel Newbies are a production duo named after Dangerfield Newby, a member of radical abolitionist John Brown’s organization. Their live performances can feature as few as five people, or as many as a dozen. Co-founder Jamal Ahmad says, “The group we use frequently as a reference is legendary London band Soul II Soul, because they were ostensibly a DJ soundsystem that morphed into a live act.” The Newbies’ early releases were primarily electronic and programmed, with a few guest instrumentalists here and there, but on 2018’s Culture Dawn, they took a much more organic direction. The music is a shimmering blend of jazz and soul, performed by a core band that includes trumpet, saxophone, piano, bass, and drums, with guests varying from track to track.

Ahmad explains, “I drove the car on this particular release, with pianist John Beal riding shotgun, and it was done completely live. No programming like our debut Hariet or Southern Suns, which were created like hip-hop records essentially. I called some of the top musicians and vocalists in Atlanta, and we just made it happen.” Most of the players are local names likely to be unfamiliar to the broader jazz world, but there’s one exception: smooth jazz saxophone legend Najee appears on “You’re My Alter Ego.” Says Ahmad, “I sent him the song and he recorded his parts at his home and sent them right back to us. What’s really special about his feature is, many folks know Najee as a contemporary jazz artist. But he came up playing bebop and classic jazz with the likes of George Russell and Jaki Byard. When he sent me the solo, I cried, because it was so beautiful, and I had never heard him play like that.”

BASrelief are a unique trio whose music combines jazz, chamber music, and improv in arrangements for mandolin, cello, and percussion. The cello has a small but potent history in avant-garde jazz, with players like Ron Carter (better known as a bassist), Abdul Wadud, and Tomeka Reid bringing it to the fore. In BASrelief’s music, the sharp ping of Majid Araim’s mandolin and the low, mournful drone of Benjamin Shirley’s cello twine together and interact, supported by Julian Bryan’s congas and percussion. Araim’s compositions, which make up the bulk of the trio’s self-titled debut album, have a dash of Middle Eastern flavor, but they also swing and depart on wandering journeys, especially when Shirley plucks his instrument like a small bass.

Araim and Shirley have been playing together since 2014, first as a duo called Whispers Of Night, and now with BASrelief. “With this group, we are definitely inspired by musicians and composers that want to engage meaningfully with various traditions, but are not afraid to do some radical things, and most importantly just want to be themselves,” Shirley says. “I grew up in North Carolina, where old-time fiddle and bluegrass music is seemingly everywhere, and seeing sophisticated musicians like David Grisman, Darol Anger, and Mike Marshall at Merlefest take that tradition to new places really made an impression on me as young string player. I think there’s some tinges of that approach in BASrelief.” He also mentions guitarist Mary Halvorson as a major influence on how he thinks about music—he studied with her for several years before moving to Atlanta from Connecticut.

Atlanta’s a tough place to be an avant-garde musician, but Shirley remains optimistic. “We’ve gone through a challenging period in the last year, losing two of the most important spaces for creative music, Mammal Gallery and Eyedrum, to the tides of gentrification and the overall lack of support for anything truly experimental and/or non-commercial in this city,” he says. “Despite this, we have a deeply committed and talented group of musicians, presenters, writers, DIY spaces, and venues involved in the creative music scene.” He cites venues like Elliott Street Pub, the Bakery, and Gallery 992 as supportive spaces, and notes that Araim runs his own DIY space, the Magic Lantern.

Singer Chantae Cann has been on the Southern music scene since childhood, singing in church, at school, and more. She’s collaborated several times with Snarky Puppy; she performed on 2013’s Family Dinner Vol. 1, and the band backs her on one track from each of her two solo albums, 2016’s Journey To Golden and 2017’s Sol Empowered. “I’ve known [Snarky Puppy’s] drummer, Sput Searight, since my late teens. We met at a church conference that one of my friends made me go to. And over the years, anytime he was in ATL we would always link up. So this one particular time, he said he was in town and he asked if I wanted to come check out his band that he’s in with ‘six other white dudes.’ I had no idea that it was Snarky! Being influenced by them has made me such a more well-rounded artist—they opened me up to a whole other level of sonic [and] sensory stimulation.”

Journey To Golden features Cann’s soulful vocals backed by a piano trio, with a few string embellishments here and there. Sol Empowered is a collaboration with keyboardist/multi-instrumentalist Justin Gilbert, and the arrangements are fuller, with horns, cello, and glockenspiel augmenting various tracks in a way that nods to classic ’70s soul without being showily retro. “Justin and I have also known each other since our teens,” Cann says. “He played for some of the local gospel artists that I was singing background for at the time. Everyone knew about Justin. He was a beast even at 16-17 years old, so it meant the world to have him be a part of this project. I came to him with all my demos and he literally breathed life into them. Some stuff, I still have no idea how it happened—I just went with it and Justin treated it like it was his own.”

Bradie Speller, percussionist and leader of the band Climate Change, has been on the jazz scene since the early 1970s, when, as a student at Antioch College, he studied under Cecil Taylor and co-founded the Pyramids with saxophonist Idris Ackamoor. “Cecil came in the fall of ’71 and stayed through the summer of ’73,” Speller recalls. “I was the only conga player in the orchestra; everybody else was reading music, and Cecil told me to play what I felt. So everything I learned about music in terms of listening and hearing and being able to change moods and change directions with rhythm patterns, etc., I learned during the years of the Cecil Taylor Black Music Ensemble.” Speller formed the fusion group Tarika Blue, and performed onstage with Herbie Hancock and Weather Report, and has recently reunited with Ackamoor, performing on the Pyramids’ latest album, An Angel Fell, and touring with the group.

Climate Change’s music, mostly written by Speller and keyboardist Walter Bland, is a conscious attempt to bring the melodic complexity and deep grooves of ‘70s fusion into the modern era, blending old-school sounds with modern electronic rhythms. The band’s membership spans generations, with saxophonist Larry Jackson, guitarist Derek Ferwerda, and violinist Marissa Licata taking turns in the spotlight, and vocalist Kelly Jarmons adding a blend of jazz and soul. “Marissa is a child prodigy, as far as I’m concerned, and she’s a freakin’ beast on the violin,” Speller says. The band’s debut album, Beams Of Light, is polished without being slick, virtuosic but also gutsy, and combines the various instrumentalists’ voices in unexpected and thrilling ways.

Atlanta will almost certainly always be best known for its contributions to hip-hop, R&B, and pop, but fans of jazz and adventurous music will find plenty of stunning artists waiting to be discovered there. As Cann says, “ATL is filled with nooks and crannies of all kinds of cool musical-ness, you just have to be willing to find it. To me, jazz embodies the freedom to not have to be bound to one specific way of expressing your artistry. And although the jazz scene in ATL may not be as prevalent, I guarantee that most of the hip-hop and soul artists here—or anywhere—have been directly influenced by jazz.”