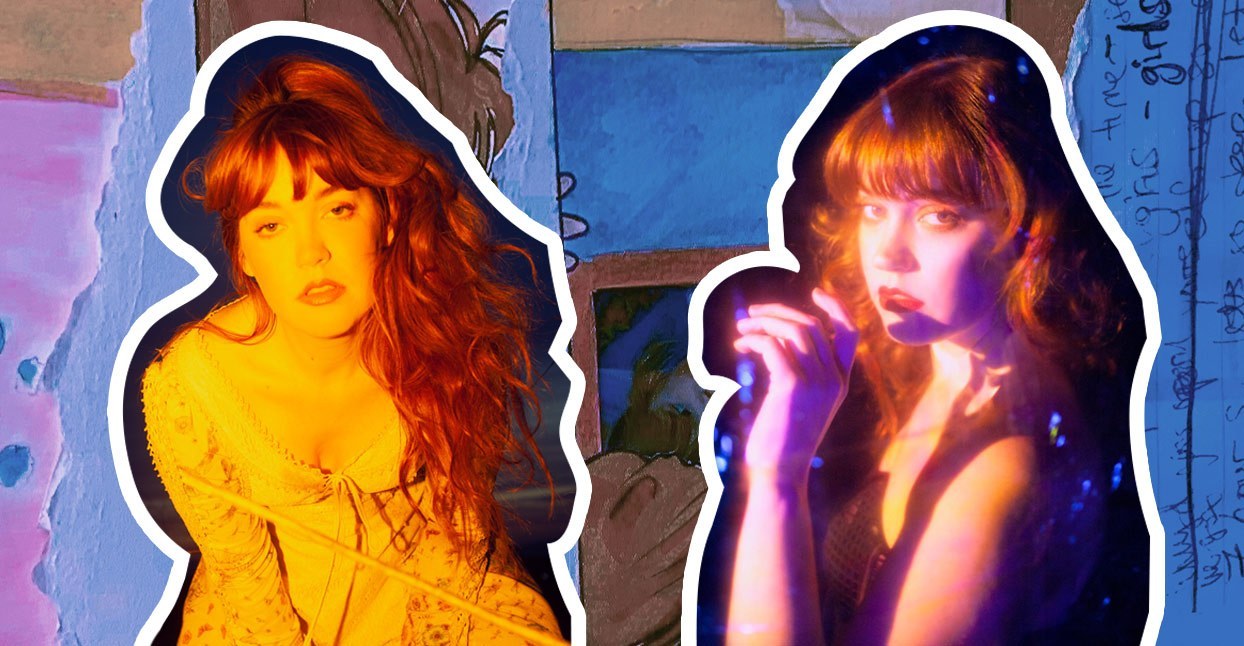 Anna Wise spent most of the last year off the grid. She took her band on a short tour, travelling an RV that she called home, playing a few shows, cooking meals, and having fun. She explored nature, and made experimental music. “I wrote songs with my boyfriend,” says Wise with a happy sigh. “We made all these trap songs in odd time signatures.”

The rest was well-earned. For the last few years, the Grammy-winning singer/songwriter has been busy: she was a member of the groups Sonnymoon (with Dane Orr and J Hoard), and Built to Fade (with Dane Ferguson, Zoë Wick and Kno of CunninLynguists). Her song “Precious Possession” was featured in Netflix’s Dear White People, and “Some Mistakes” was hand-picked by Sir Elton John to be spun on Beats1. Most notably, she appeared on each of Kendrick Lamar’s last four records—good kid, m.A.A.d city, To Pimp a Butterfly, Untitled Unmastered, and DAMN. She also made a pair of solo albums: 2016’s The Feminine: Act I, and The Feminine: Act II the following year. And while on both projects Wise explored womanhood in all of its disparate, complicated parts—from sexuality to empowerment tropes like “being a boss”—she’s hesitant to define them as “feminist works.”

“I don’t know anymore,” she says with a chuckle, from her home in L.A. “I don’t know if I’d call them feminist works, I’d just call them my works about women. I was feeling a type of way, and in ‘classic Anna’ form, I tried to completely follow through with it, and say everything I felt I could say about [womanhood].” That lack of specificity is typical for Wise; talking to her, it becomes clear that she views music as a journey. Where she ends up often surprises even her.

Music is woven into Wise’s DNA. Raised in Northern California, Wise grew up watching her guitarist father make music—the Franken guitar she currently plays was built by him—and singing in church. Songwriting was an early creative outlet, and her childhood journals are full of her first attempts at writing lyrics. “I have notebooks going back to when I first learned how to read and write,” she says. “There are a couple poems in there, and one of them goes, ‘The curvature of space time/ A pretty little daisy/ A truck full of veggies/ And a trip to Disneyland.’ I don’t know how I knew about this. I think it was from watching Star Trek with my older siblings.” ‘Curvature,’ she adds with a laugh, was spelled “QUREIVURE.”

Eventually, she enrolled in Berklee College of Music, but quickly soured on the experience. “Pretty much as soon as I got to Berklee, I realized that it wasn’t for me, she says. “There were only two classes that I attended regularly. One was the J Dilla Ensemble with [Brian] Raydar Ellis—an amazing person who I’m still in contact with to this day. The other was a harmony class. Other than that, I never attended. I would get to the front door of the building and just feel like I was going to be sick.” It wasn’t long before she dropped out entirely. “Sometimes I see online that it says, ‘Anna Wise, Berklee trained,’” she says. “I’m not Berklee trained. I find the idea of going to school to be an artist counterproductive.”

But as Berklee’s doors closed, another opportunity presented itself. “In 2010, Kendrick Lamar heard a song I did with Sonnymoon, called ‘Nursery Boy,’” she says. “In the song, I sing E through every vowel—you spread your lips super wide, but keep your mouth relatively closed, and you sing through that space. That was a sound that he wanted to learn how to recreate. So he reached out to me and we started text messaging. I had just dropped out of school, so I drove with my bandmate to his recording studio and lived there for many months. I did a bunch of work on Good Kid, M.A.A.D City, To Pimp a Butterfly, Untitled Unmastered, and then I co-wrote the song ‘Pride’ for Damn.”

The long, fruitful collaboration earned Wise a 2016 Grammy Award for her performance on Lamar’s “These Walls.” Working with an artist whose talent and influence overshadows even other superstars has meant that, in stories about her, Wise’s name is often prefaced with “Kendrick Lamar collaborator”; but she embraces that “with gratitude and graciousness.”

Now, Wise is set to release As If It Were Forever, an LP that explores growth, change, and self-love. While the Feminine Act albums considered women’s relationships with the outside world, on As If It Were Forever Wise looks within, attempting to accept—and embrace—her own dualities. Like the love affairs she sings about—the ones that were never meant to be (“Abracadabra”), and the others that were consciously abandoned (“Juice”)—each track lives in its own distinct sonic world. Experimental vocal treatments and unpredictable production choices mingle with R&B and jazz. Some tracks are lingering and ruminative, like the downtempo “Worms Playground,” with its drowsy harmonies; others, like the frenetic, pulsing “Nerve” feel urgent and sweaty. The whole album is Wise experimenting “Anna style,” and feeling more adventurous and excited than ever.

“I collaborated with a lot more people on this record than I have, ever,” she says. “Like Simon Mavin and Paul Bender from Hiatus Kaiyote—I adore them. They’re so crazy amazing. [That’s] the thing that’s most different about this album: my openness to collaborate with more producers than ever before. I’ve [also] been producing myself, honing my own skills, mixing my own stuff, doing the levels, engineering myself, the vocals. When you do something for so long, I crave to change my approach to it and grow and do things differently.” And despite the high-profile collaborators who appear on the record—in addition to Bender and Mavin, the album also features appearances by Little Simz, Denzel Curry, Pink Siifu, and many more—Wise’s narrative remains front and center throughout. “It’s inspired by my life,” she says. And no matter where her journey takes her, Wise will always be the one behind the wheel.