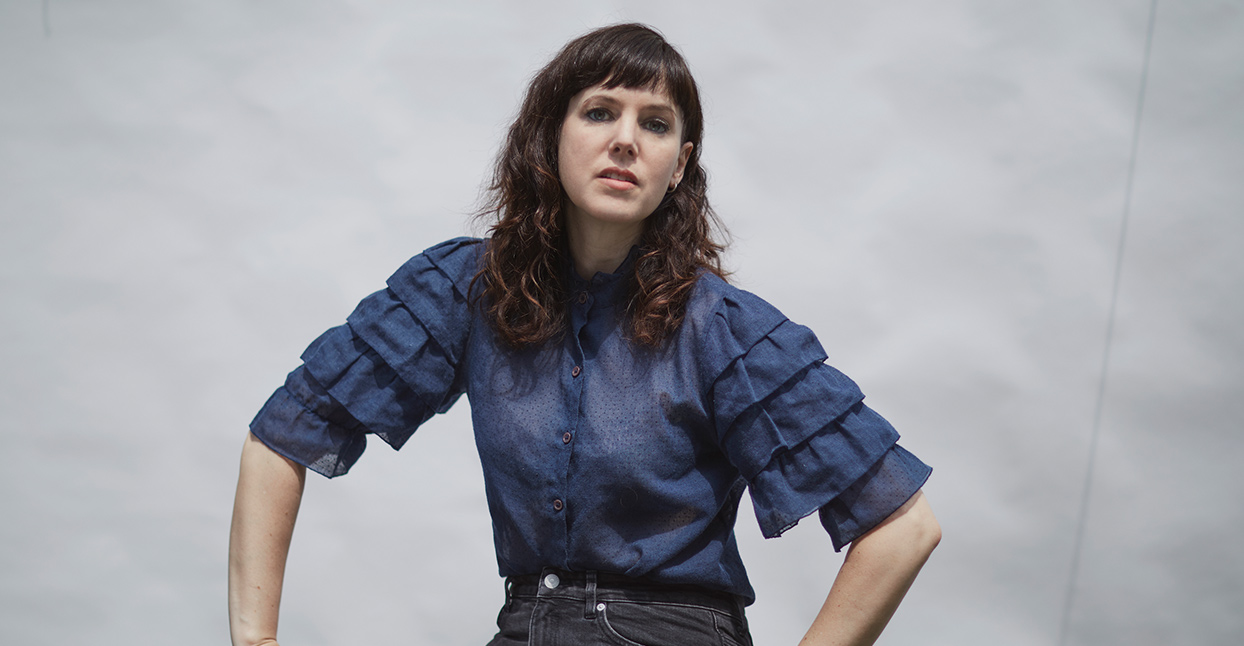 Anna Meredith is in her own world. So much so that when she admits, “I really don’t listen to any other music at all” multiple times during a conversation, she means it not so much as a proclamation—a weird flex, if you will—but as a genuine indication of her background. Born in London, but raised just outside of Edinburgh, Meredith has spent the better part of her life immersed in classical music. While she may not pay attention to trends outside of her craft, she’s arguably doing an immense amount for the genre in which she operates.

Since earning a master’s degree from the Royal College of Music, she has compiled an impressive résumé: becoming the first female composer to be commissioned by the BBC for both the First and Last Night of the Proms, scoring Bo Burnham’s acclaimed directorial debut, Eighth Grade, and receiving an MBE from the Queen for her services in music. But perhaps her greatest feat so far has been pushing classical music into the unknown. On her 2016 debut album, Varmints, Meredith composed a whimsical symphony of undulating synthesizers, rollicking tempos and bewildering melodies that sounded unlike anything else. The way she describes it, she was discovering the music as she went along.

“I’m a classical composer—that’s how I make my living,” she explains. “When I started writing electronic music, I just started digging about for sounds that made sense. And I do it in a roundabout way, where I notate everything using classical software, then extract the MIDI from there, and then go looking for sounds. Most of the music I had been playing until then was notated music written by other people that we would play in orchestras. Using electronics worked, because then I could be in complete control.”

Varmints went on to win the Scottish Album of the Year Award in 2016, beating out Franz Ferdinand, Chvrches and Young Fathers. Last year, she not only released the soundtrack for Eighth Grade, but also Anno, a collaborative album with the Scottish Ensemble violin orchestra featuring original pieces combined with Antonio Vivaldi’s classic “The Four Seasons.”

Meredith describes her multitasking skills as “rubbish,” but in between all of the various performances and installations she was commissioned, she somehow found time to make a new studio album. With FIBS, Meredith says she wasn’t really looking to change the approach she used on Varmints—she just wanted to make a better version of it.  “I definitely didn’t set out to make something completely different,” she admits. “That sounds a bit lame, but I really just wanted to do a better job and push the elements that were in Varmints. There’s always a lot of variety in the music I make, so it just wouldn’t make musical sense to only use a certain kind of synth or only write a cappella music. I know by now what I can do and what I can’t do. I would do a shit job if I tried to change the style of music. I suppose I’m just working around my own parameters.”

The way she sees it, there isn’t a vast difference between the ways she composes a piece of music, whether it’s for a symphony or her band. “It’s different in terms of the things I need to do,” she says. “But I hope that if someone listened to any of my music, they would hear the ingredients that are in the other music as well.”

By bridging the gulf between classical and electronic music, Meredith has become a sort of ambassador for mingling the two genres. FIBS has the potential to act as a gateway for her classical fans to discover and explore electronic music, in the same manner that ANNO did the reverse. Meredith plays down any suggestion that what she’s doing is that radical, but she has found some crossover with her fans. “A few people have said that to me. People who come to my classical concert come to see my band play, or vice versa,” she admits. “But that’s not really how I designed it. I’ve not felt any responsibility to make classical music cool or anything. Instrumentally, I’m just using the sounds I know and like.”