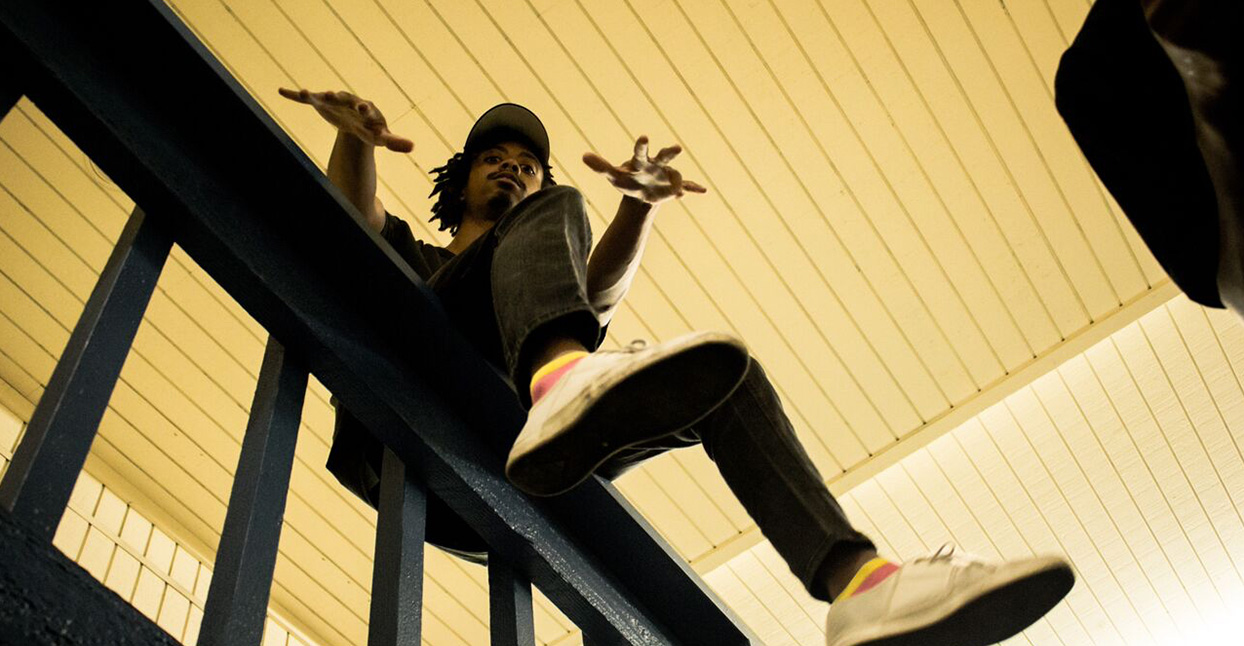 Hal Williams consistently pushes against the grain. Under his current moniker, Vritra, he crafts woozy, complex hip-hop that rattles and shakes. “I want to bring in people [who] don’t really listen to rap,” Williams says. “I want people to respect lyricism, and how creative rappers are with flow and experimenting with tempo.”

That kind of statement isn’t surprising for Williams, who’s long been a mad scientist of sorts. His 2012 album, The Story of Marsha Lotus, blended rock, dark pop and futuristic rap. “He’s definitely a person [who’s] not afraid to go totally left field, even if he thinks it sounds weird,” says Jay Cue, a Williams collaborator. “He’s always trying to push the sound further.”

[Listen to an exclusive premiere of Yellowing, the new record from Vritra, out this Friday.]

The first of two albums he’s set to release this year, Yellowing is a creative step forward for Williams, a prolific producer and rapper who has worked with the likes of Odd Future, Vince Staples , Kilo Kish, and The Internet, and a song he recorded as a member of the production duo The Jet Age of Tomorrow was sampled by Kendrick Lamar.  Yet despite that impressive list of features, Williams is still relatively unknown. He doesn’t seem stressed about it; his new album, Yellowing, which Bandcamp is premiering today, is remarkably zen. Album closer “Wings” isn’t about skydiving or getting high—it’s about parenting. During our conversation, Williams lights up when talking about his newborn child, and learning how to incorporate fatherhood into his music. “Throughout my releases, I’ve been trying to find a way to portray the voice inside my head,” Williams says. “This was the start of me figuring out what I want to do and how to implement it in a song.”

The first of two albums he’s set to release this year, Yellowing is a creative step forward for Williams. He’s dropped the “Pyramid” from his name, and the music toes a line between turn up and trap.

“I obviously want to crack the code and figure out how to reach more people without compromising my sound,” Williams says. With Yellowing, he gets a little closer to achieving his goal.