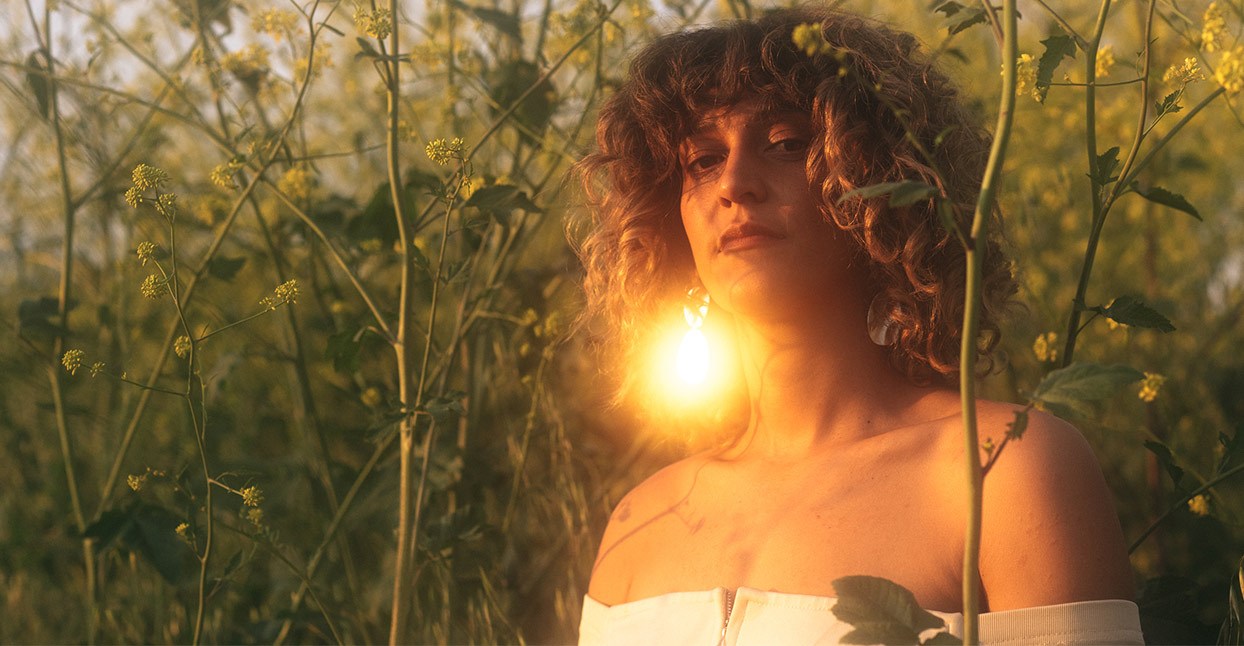 Seven years ago, Canadian producer, vocalist, and songwriter AKUA (pronounced “a-koo-ah”) was having both the best and the worst year of her life. In November 2012, she lost her father to cancer; seven months later, she released her debut EP, One’s Company, a stirring collection of pop songs that eventually found its way to Solange. A short time later, she landed a gig opening for Solange in Montreal in 2013. Impressed with her performance, Solange asked AKUA to audition to be a background vocalist in her band. Just one week later, she was singing with Solange at the Pitchfork Music Festival in Chicago, and continuing on to South America, Japan, and Australia with Solange’s True tour.

“It was one of the most beautiful and memorable chapters of my life,” says AKUA from Los Angeles, where she now lives. “[But] it was against this backdrop of unprocessed grief. My brother and I found a window in between Solange’s tour dates to travel to Ghana—my father’s homeland, where some of his siblings still live—with our dad’s ashes. A week after we got back from Ghana I was flying to Brazil for another show. It was all kind of a whirlwind—and also a giant distraction.”

For a while, that distraction was helpful; it allowed her to get through the initial devastation of losing her father. “After a loss, it feels like there’s this very narrow grace period for you to process your grief with others,” she says. “A funeral happens, and that’s supposed to signal the end. After that, you’re supposed to kind of keep up and keep it moving. If you dwell on the sadness too long, it starts to feel burdensome to others. I felt like I was just trying to stay afloat.”

Eventually, the continuous cycle of tour dates became both an emotional and creative block. AKUA had been writing on the road—songs she describes as “hectic Ableton demos”—but didn’t have the time or the space to develop them. When she left the band in 2016 to return to her own music, the unprocessed grief from her father’s death, coupled with the sting from a series of heartbreaks, came raging to the surface.

“I realized how broken I was,” she says. “I really had to sit with myself and with my broken romantic relationships. I was faced with a chest full of grief, and with the reality that years had passed, and I had no finished music to show for it. I had a hard drive of ideas, but it felt like any time I stepped into a room with a producer to try and work on my demos, the spirit of what I was trying to say, and how I was trying to say it, either got lost or was somehow discounted.”

It was a tough talk from her roommate at the time, artist and producer Phil Canty (aka MORRI$, formerly P. Morris), who’s worked with Kelela and FKA twigs, that helped her climb the creative wall she was stuck behind. “He said something to the effect of ‘AKUA, you are a producer. Your biggest problem is that you just don’t ever commit. The difference between me and you is that I just have conviction behind my [production] choices and commit to them. You just need to commit. You can definitely produce this yourself.’” She decided to take the reigns of production, and, gradually, Them Spirits started to come to fruition.

Them Spirits is stark in its sadness, and honest in the way it addresses loss, identity, and anger. From the rage and restraint of “Righteous Way” to the sorrowful “Offering,” AKUA refuses to look away from grief. She welcomed feedback and collaboration from various sources, such as Mike Milosh (Rhye) who gave her “sober and honest” feedback on her production, and artist Mocky, who helped her hear her songs with a new ear and reduce eight-minute tracks down to four.

Others helped her reinterpret parts of her rough demos, expanding her sonic sensibilities; some helped her figure out production techniques she hadn’t tried before. She recorded vocals in her mother’s basement, and wrote string, keyboard, and bass parts between Toronto and her L.A. apartment. She edited and arranged the songs until they felt right, and discarded tracks that weren’t working. She landed on Kenneth Gilmore to mix the record; Dave Cooley later mastered the album.

Engineer/producer Alex Talan would ultimately become her greatest resource, helping her learn new recording, production, and engineering techniques. “Alex was so damn patient and enthusiastic that it was easy for us to indulge ourselves in working on the record,” she recalls with a laugh. The varying experiences working with a collaborative team were both cathartic and healing when it came to producing an album that is emotionally unguarded. Her mourning is often palpable, and yet the album does not skirt away from the pain. From beginning to end, AKUA addresses her losses with unflinching focus and honesty.

“There’s a small part of me that has to disassociate with the album’s intimacy in order to put it into the world,” she admits. “Making the record was kind of living in my grief and working through it in real time.” She says that she’s also grown since finishing the album. “I feel a bit more removed from its themes. I’ve gotten older. I’m less reckless and selfish. My family has done a lot of work to rebuild and heal from my dad’s death. Making this record feels like I built a little monument to my younger self—a version of me that was terrified to lose a parent, a version of me who struggled to believe it could ever feel normal again without my dad. A version of me who was perpetually burdened by grief, no matter how open-hearted I felt. It feels damn confessional. A younger version of myself would probably be embarrassed by its honesty, but I guess I’ve come to feel humbled by it.”

While Them Spirits is deeply personal, AKUA hopes that it will help others find a safe sonic space to grieve, heal and explore their own lives. “There’s power in being vulnerable. I remind myself that it’s OK to revisit certain difficult emotions. I’ve learned that vulnerability is a kind of quiet language which most everyone speaks.”