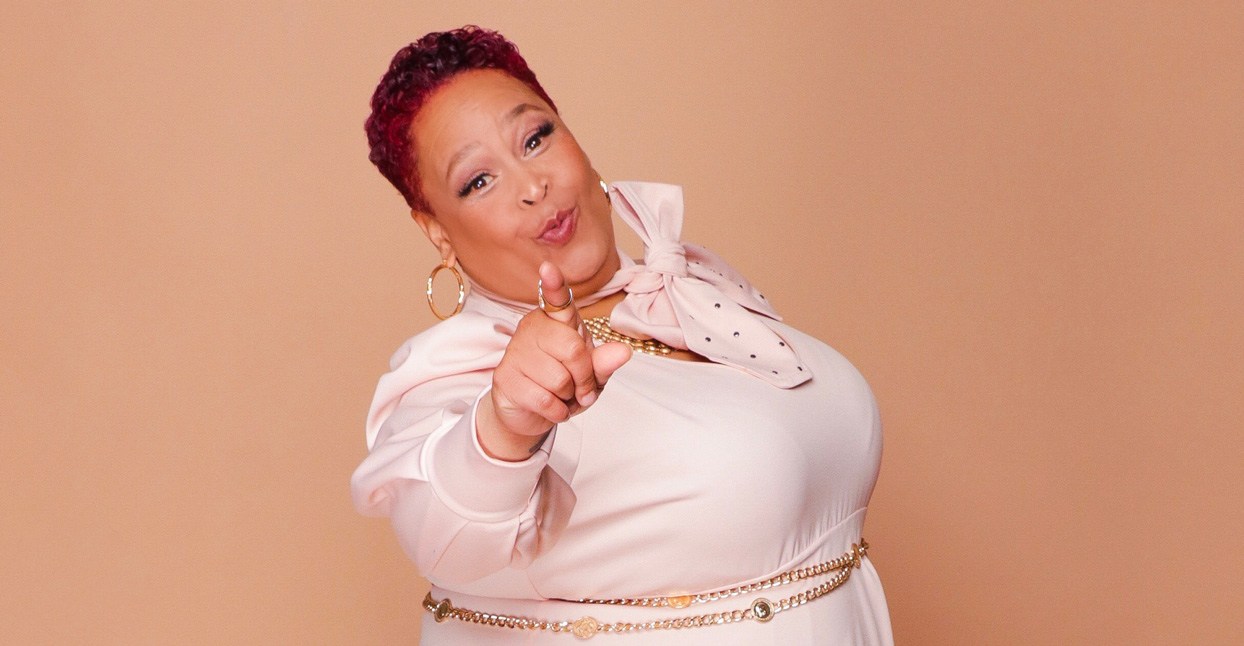 In July of 2018, in Pietermaritzburg, South Africa, nearly 8,000 miles away from Alma Horton’s home in Philly, South African DJ The General De Kok uploaded a video to Facebook. The video was of house music enthusiast Nhlaka Nhliriz dancing and singing his heart out to “Let It Fall,” a Rainmakers track featuring Horton—aka Lady Alma—on vocals. “Let It Fall” is a mournful, yet optimistic anthem that embodies the core ideal of soul music and finding strength through struggle. The video clip almost immediately achieved viral status. “I couldn’t even believe it. I was overwhelmed, excited, touched. None of this was planned. [It was like they were saying] ‘This is how we feel about your music, this is how your music touches us,’” Horton says.

Horton, a once sought-after dance music vocalist, had been away from the music industry for nearly a decade. In 2008, several years into Horton’s impressive career, her mother fell ill. “Unfortunately, it was because of my mom becoming ill that I had to make a decision about whether I was going to stay in my career, or was I going to put that aside for a moment and do what I was supposed to do and take care of her. Taking care of her was my sole drive,” says Horton. She ultimately chose to put her blossoming career as Lady Alma on the back-burner to become her mom’s full-time caregiver.

That career had gotten a running start in October of 2001, when U.K. electronic music pioneers 4Hero released their fourth album, Creating Patterns. An ambitious fusion of modern beats and orchestra-soul, the album was led by the single “Hold It Down.” A funky and playful undressing of the haters and knuckleheads of the world, the song was a global dancefloor anthem that year. Anchored by a dynamic vocal performance, “Hold It Down” was, for many, their introduction to Horton’s big, beautiful voice.

In the years that followed, Horton would become the go-to vocalist for a particular brand of soulful, forward-thinking electronic music. She voiced tracks by King Britt, Osunlade, Rob Paine, and more, establishing herself as the latest in dance music’s long line of fiery female vocalists. Horton, whose vocal performances slide between cool and soothing multi-tracked harmonies and powerful leads that point to her youth growing up singing in church, would display her prodigious vocal gift on tracks like Peter & Tyrone’s “Gimme That Music,” “Show Me The Way,” and “Happiness,” a collaboration with King Britt’s Sylk 130 project. The stunning Soul Dhamma remix of “Happiness” has become a dancefloor classic for aficionados of house, soul, and broken beat around the world.

While taking time off to care for her mother, Horton would occasionally return to the stage and vocal booth, resurfacing on a track here and there. Songs like ZO!’s “Free Your Mind” or the spirited anthem “It’s House Music” kept Horton’s name and voice in the hearts and minds of her fans. She always retained her deeply spiritual and optimistic sound, capable of transforming any club into a church and each dancefloor into a joyous utopia.

Sadly, Horton’s beloved mother passed away in April of 2017. Determined to get back into music and pick up where she left off, Horton felt as though the decade-long hiatus period was significant not only because it allowed her the space to take care of her mom, but it also prepared her for the next chapter in her life. When The General De Kok’s video of Mncwabe dancing to “Let It Fall” went viral, it was just the accidental spark Horton needed to ignite the second phase of her career.

Demand for Horton’s talents has swelled in the past year and a half. She has been performing live sets in the lead-up to the release of her debut full-length project, Twilight. Working with longtime collaborator, Los Angeles based composer and producer Mark de Clive-Lowe, Horton treats the listeners to a heaping serving of rich and soulful tracks. From the rousing broken beat jam “Keep It Moving” to the slick, skittering bassline and silky electric piano chords of the title track, Twilight gives fans future-leaning ideas while reintroducing the world to the classic Lady Alma sound.

Horton expresses a palpable excitement when talking about her return to music. She is armed with a fresh new set of songs and a deep faith in God that has sustained her. “I’m very excited to give this body of work to the people. Don’t ever let anybody tell you that things don’t come full-circle. It’s not about our timing, it’s in the timing that the Creator has,” she says.