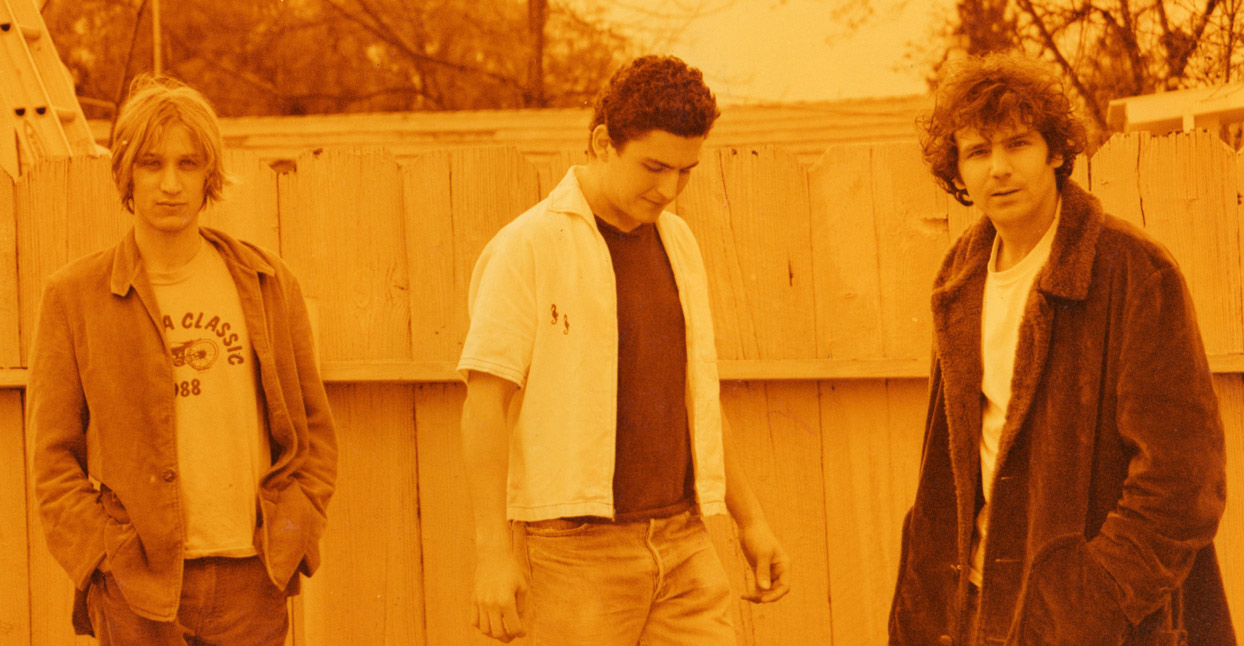 “I’m always surprised that people keep discovering Acetone, and that they’re into the music,” says Mark Lightcap. “We sold so few records back in the day, so it’s really amazing to me how enduring the appeal has been. We’ve done a really good job of never being popular. I think we’ll be perpetually undiscovered.”

In the 1990s, Acetone were better known for flooding CD bargain bins than they were for a note of their music. It wasn’t for lack of trying, though. The now-defunct Los Angeles band did just about everything they could; they were simply a hard nut to crack. Their languid, psychedelic country rock wasn’t exactly devoid of melody, but it flowed out at a snail’s pace. And even though they released five records that demonstrated an unparalleled, enchanted kind of chemistry, Acetone would spend their nine years relegated to cult band status.

And so the band—Lightcap (guitar), Richie Lee (bass, vocals), and Steve Hadley (drums)—were written off as another one of that decade’s countless major label flops. Signed in the post-Nirvana alternative rock sweepstakes by Virgin subsidiary Vernon Yard (Low, the Verve, the Auteurs), Acetone couldn’t seem to generate any music press, airplay, or record sales. “We didn’t fit in with any sounds that were on the radio,” Lightcap explains. “The production just didn’t sound like pop records. [Vernon Yard boss] Keith Wood would always complain that our records didn’t gel.”

Of course, seeing their tourmates like the Verve, Oasis, Mazzy Star, Spiritualized, and Garbage all experience substantial commercial and critical success didn’t help either. “We kinda relished our role as the underdog on the one hand, but I’d be lying if I didn’t say there was some envy there,” adds Lightcap.

Things didn’t improve all that much when the band were dropped by Vernon Yard immediately after the release of their second full-length, 1995’s If You Only Knew. They soon found a new home on Neil Young’s Vapor label, which released their final two albums, but nothing ever really transpired. After the unexpected death of Lee, Acetone quietly came to an end, without much fanfare and consideration in the annals of rock history. Nearly forgotten bands like Acetone, however, have become ripe for rediscovery in the digital age. And thanks to a new book and accompanying compilation, Acetone are getting a second chance to be heard.

About 10 years ago, long-time fan and historian Sam Sweet decided he would tell Acetone’s story through the lens of Los Angeles, the city where they formed and lived. Like most Acetone fans, Sweet didn’t know much about them, but in his new book, Hadley Lee Lightcap, the world can learn just how fascinating the story is behind this unsung trio. “A lot of the writing I do is about conveying the character of Los Angeles as a place through people, places and events that don’t talked about,” says Sweet. “So for me I guess this my version of a Los Angeles music story. For me it was about three characters who are bonded by playing music rather than a band history.”

Sweet knew of Acetone from his college days, but he didn’t actually sit down and listen to the music until years later. “They’d always been filed away in my mind as a very forgettable, anonymous band,” he admits. “It wasn’t until I listened to them with a friend on a visit to California where their music meant something completely different to me. That can happen with music a lot where certain circumstances, especially a place or location, can change the meaning of the music for you.”

In digging up their history for the book, Sweet conducted approximately 100 interviews with surviving members Lightcap and Hadley, along with family, friends, and anyone that played a role in their lives. In the book, Sweet digs deep into their past, giving a warts-and-all document of the trials and tribulations they faced. There’s plenty of emotional impact—Hadley and Lee’s substance abuse, the repeated pitfalls (label abandonment, missing a lucrative tour with Spiritualized), and of course, Lee’s suicide—but Sweet’s poetic writing style and unique narrative also help make it more than just another band biography.

Lightcap admits that it wasn’t easy to open up about everything he and his bandmates endured. “I honestly did not expect it to be as personal as it became in the end,” says Lightcap, “but I feel like he got it right. Sam really did his research in an incredible way. At a certain point, I think I said to him, ‘You better be a good writer, or else this will be a boring-ass story!’”

Sweet insists that he “wrote the book for an audience that wouldn’t necessarily hear the music,” but thanks to the fine folks at Light In The Attic, Hadley Lee Lightcap arrives with an supplementary compilation titled 1992-2001, which features a selection of songs from their five records and nine previously unreleased tracks.

“They have a body of work that came out towards the end of the band’s life span, like a set of songs that they recorded themselves but were never released,” Sweet explains. “For me, driving around in the car, those were always the songs I liked to listen to in a set. These tapes they made in the privacy of their practice space is the stuff I would listen to the most. I’d listen to it for hours and it would just slay me in a way. None of their studio recordings did that to me in the same way. I’m really glad that it’s not unreleased anymore. They were a band that were at their best when they were playing in their space with only themselves as an audience.”

“Steve and I have been playing together pretty regularly over the last few years, though not playing Acetone songs,” says Lightcap. “But it’s been a trip to go back and play those songs. For the past four or five years, we’ve had this improvisational, prog-garage band with a couple friends of ours. So when an opportunity came for us to play Acetone songs we already had a band put together. We were like, ‘Fuck it! Let’s play some Acetone songs and have a party.’”