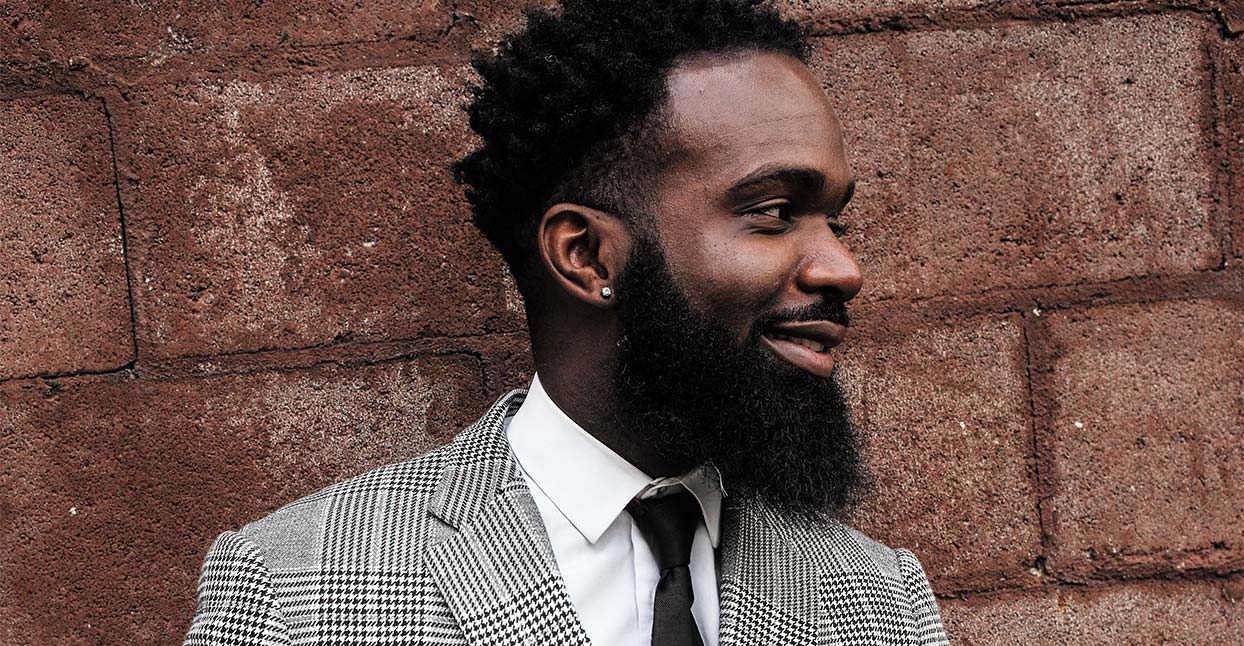 Over the past decade, Washington D.C. musician Aaron Abernathy has shored up a rock-solid reputation. “He’s unapologetically funky and unapologetically black,” says Foreign Exchange frontman Phonte Coleman, who appears on Abernathy’s new album, Monologue. “He encapsulates what I consider to be a soul singer—something more rooted in feeling than in technique. He’s a great singer, but the feeling elevates things. His harmonies epitomize soul to me.” MC/producer Black Milk, for whom Abernathy is musical director, touts the singer’s ability as a leader and creative visionary. “I’m always in awe of the way that Ab can arrange a live show,” Milk tells us. “I’ve never seen anybody else with this level of talent. He’s a big reason why my show is on [the] level that it is.”

Then there’s keyboardist Lorenzo “Zo!” Ferguson, a fellow Midwest native and D.C. area resident (Abernathy is from Cleveland and stayed in the nation’s capital after graduating from Howard University.) To Ferguson, who is also featured on Monologue, Abernathy’s Midwestern roots make up a great deal of his music. “He is extremely driven. Midwestern brothers are very hungry,” Ferguson says. “A lot of musicians from that region get looked over. We’re very competitive, and we have that blue collar spirit.”

We spoke with Abernathy about his long-awaited album, the Abernathy family legacy, and how a Howard University business major ended up working with the likes of the Foreign Exchange and Black Milk.

How have Cleveland and D.C. influenced your musicianship?

I believe that Cleveland is the birthplace of funk. The Ohio Players grew up right down the street. I grew up in that culture. My dad would spin records constantly. The Midwest just has this feeling when it comes to soul and funk music.

D.C is the home of Marvin Gaye, go-go music, and Chuck Brown. When I moved to D.C. in 2001, I just wasn’t into go-go. I didn’t understand. I gradually began to understand that it’s all about the percussion. It’s undeniable. It’s from Africa. It took me a while to recognize how much percussion Marvin Gaye had in his music, but that subsequently influenced a lot of my sound. I grew my ears to more deeply appreciate soul music and its root, the rhythm.

I was part of the music scene in Cleveland but, professionally speaking, I grew up in D.C. at Bohemian Caverns. That’s where it started. I also played heavily, at some other spots that don’t even exist anymore. I first started playing at Howard University when I was an undergraduate, but U Street is where I branched out.

What is Monologue’s central message?

The root of Monologue is family, love, purpose, and music. My goal was to invite everybody into the Abernathy family dynamic. My father teaches me how to love. My mother teaches me how to stay focused on my purpose. The album centers around my development as a pianist. My mom hired a jazz piano player named J.T. Lynch to teach me jazz; at the time, I didn’t like him, because he would make me do the same thing over and over again. I didn’t understand the importance until later.

What purpose does Monologue serve for its listeners?

My albums are books, and Monologue is something people can take off of their shelves and learn from. I want listeners to find ways that the album applies to them. As a soul artist, I feel that messages are important. I have to live with this project. My daddy’s name is on it. I have to say the right things.

You’re part of a family with a long line of historic pioneers, including Civil Rights activist Ralph Abernathy. How has your family influenced your development as a musician?

My family always looked out, even when I didn’t know it. I used to wish my father was around the house more, but he was looking out for our best interests. He made sure my siblings and I stayed in school.

My mother saw my purpose in piano. She made sure that I had piano instruction, even when I didn’t want it. She kept pushing me, even when I didn’t want to continue. Today, I’m so glad that she saw my purpose in me. I never understood why she let my brother and sister quit piano, but she made me keep going. She told me, ‘No, you can’t quit. You’ve got something here.’

I’m thankful that all of my family gave me support—even my grandfather, before he passed. He told me to stay at it and stay focused. My grandparents taught me that no arguing was allowed, and to look after my brother and my sister, because they’re my blood. Family is the center of everything, and that’s where all of this love comes from.

Did you encounter any resistance from your family when you made the choice to pursue music?

I switched my major from business to music the very first day I was at Howard. My mom asked me, ‘What are you doing?’ When I finished school, my father was expecting me to come back home and work. That’s the generation they’re from. You finish school, get a job, and support yourself. Instead, I stuck with music. I got a job at Grainger, stayed in D.C., and worked it out. I couldn’t make music at home. Like any parent, they just wanted to know that I was serious. I proved that over the years: I got a job, bought music equipment, and kept doing shows. They could see that I was talented and serious. My mom got on board immediately and became my manager.

It’s apparent that love is a huge part of your life. What does that mean to you?

Love is the core of everything. That’s why it comes out of me so much. It’s the way I do work. There is so much love within my family dynamic, so with everything that I do, love is always going to be there; whether it’s writing, music, or performance, love has just got to be in the midst of it. That’s the way I was raised. That’s the feeling I’d rather have, over anything else.

Are there particular ways that you seek to convey love through your music?

What are some of the toughest challenges you’ve faced throughout your musical career, and how did you manage to persevere?

I think about purpose often. When you’re called to do something, it won’t let go of you. I’ve been through some rough times. I was very sick from 2011 to 2012. It was the toughest time of my life. I was touring with Foreign Exchange, singing background. I was still Black Milk’s music director. I got a vocal polyp, which meant that I couldn’t sing for a long time. Calling Phonte and telling him that I couldn’t sing for eight weeks was one of the hardest things I’ve ever done. I lost that gig. Then, I had to tell Black Milk that I couldn’t sing.

I also had blood clots, so I was on blood thinners. They would really mess with my legs. It was a crazy time. I went 18 whole months without singing. At one point, I thought that I would just be done forever, but God just kept talking to me. He told me I would come out of this thing, and that I just had to keep the faith. I remained confident through my unshakeable faith. I had this undeniable belief that I’ve been called to do this. I had to build myself back up and find the courage. I had to maintain the hope that I could do this again. I had to restart everything. My family was there.

In 2012, my brother told me that my album release is like a four-year presidential campaign. We started working in 2012 to release Monologue in 2016. It’s crazy that it’s finally here. The trials and tribulations make you appreciate everything else so more. When it was happening, I hated it, but the pain added to my creative process in a sense. I was working on Monologue during the recovery process. I know that people can feel the pain that I was going through during those times, and relate to it. That’s powerful.