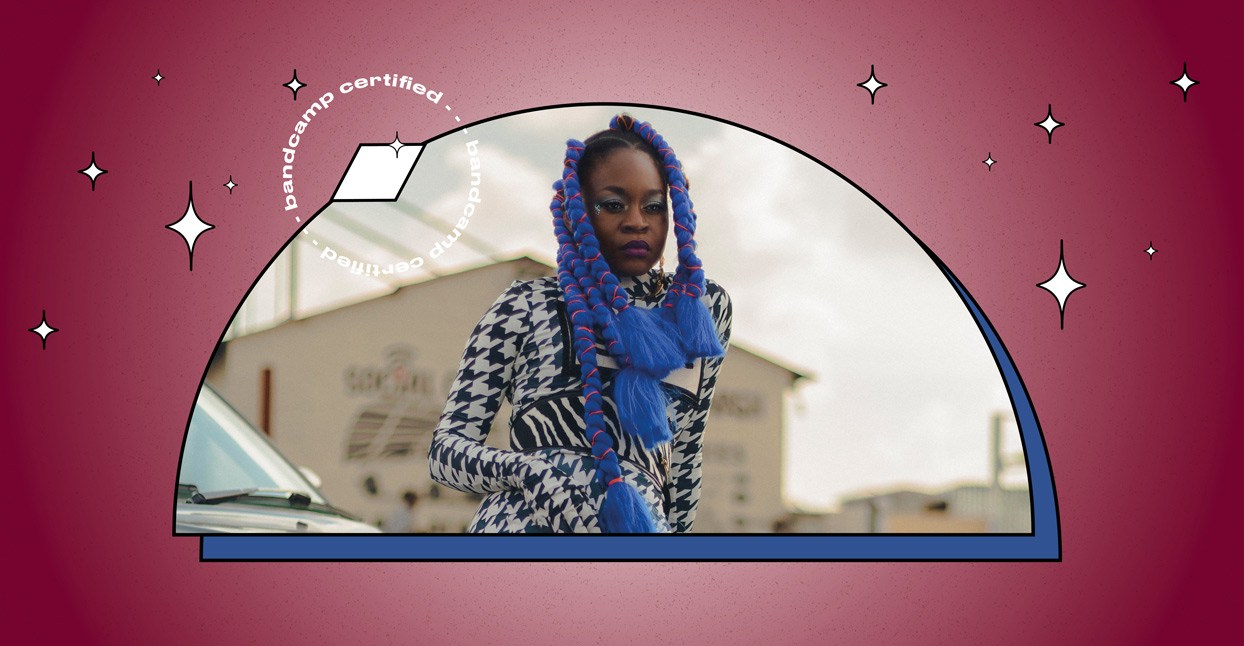 Those who grew up with Sampa Tembo, before she became poet and songwriter Sampa the Great, were confused when they started reading stories about her. They knew Tembo left home when she was 18, initially for university in San Francisco and Melbourne. They watched from afar as she found her artistic voice, with releases like 2017’s The Bird and the BEE9 EP, and reaped accolades like the distinguished $30,000 Australian Music Prize. They understood that in order to maintain career momentum, the Melbourne-based Tembo had to spend two consecutive Christmases away from family. Still, they wondered: Why was it, in the midst of Tembo being touted as an artist to know, that any mention of her homeland—the simple fact that she was born in Zambia and raised in Botswana—was missing from the stories about her? “A lot of my Zambian friends and people who I was raised around were like, ‘Hey, they’re calling you Australian.’ I was like, yeah, that’s weird,” Tembo says.

Tembo’s debut album, The Return, is a reclamation of her origin story. In some aspects, it is a literal return home: Rousing introduction “Mwana” features her mother, Theresa Mutale Tembo, and the Sunburnt Soul Choir, speaking and singing in Zambia’s Bemba language. “OMG” percolates to kwaito, a South African party music genre with house elements and hip-hop bravado. But The Return is also about finding a sense of self, as she recognizes herself as part of the African diaspora. Tembo recognized that homesickness would only continue to gnaw at her. She called her mother, explained the conceit of The Return, and asked her for voice memos where she speaks in Bemba, as if some kind of ancestral guide. What Theresa says in “Mwana” translates in English to, “When you’re looking for me, I am with you.”

The first voicemail in The Return is from a friend, in “Wake Up (Interlude).” She tries to remain empathetic, to this sense of responsibility Tembo feels as an artist: “We’re black, and you’re black in the music industry no less.” Tembo is part of a class of new artists diversifying Australia’s majority-white hip-hop industry where there are still “a lot of firsts for people of color,” she says. But her friend’s patience is wearing thin, as the voicemail makes plain: “That’s just how it is. I don’t think you have time for this finding yourself spiritual shit.” Initially, Tembo didn’t think that she had that time, either. The concept of home, and all that encompasses, almost seemed too broad. Trying to articulate what “home” feels like to producers like Silentjay and Kwes Darko seemed daunting, at a time when the Western world’s understanding of African music has a ways to go.

The longer The Return plays out, the more intimate and vulnerable it gets. Being part of the diaspora is having a complicated relationship with the motherland, and often feeling like an outsider in the culture that otherwise defines you. It can, in fact, feel like The Return‘s nine-minute title track; its glittering R&B melody feels like a painful reminder of how aimless a journey to self-rediscovery can feel. Either way, it is necessary because Tembo finds that she isn’t alone. Several artists—“people who I would talk to about my first home and first family,” Tembo says—join her in confronting their own sense of displacement.

At least now, retellings of Tembo’s origin story will be more complete. A highlight from making the album was when, during a trip back to southern Africa to film the “OMG” video, Tembo learned that her parents would be at their house. In the clip, her Bemba mother beams with pride. Her father taps his foot to the beat, albeit with a newspaper in his lap. He didn’t think that filming a music video would disrupt his day as much as it did. “After two takes, he said, ‘OK, thank you guys. I’m done,’ Tembo says. “And we’re like, ‘Dad, no!’ There are several more takes before this becomes a music video. And he was so tired.”

Tembo feels better equipped for the days ahead. “[The Return] is meant to say, ‘Listen, as you continue this journey, which you will do after this album, just know that all this pain, all this confusion and struggle that comes with finding yourself, will make you better,” she says. There should be no mistaking where Sampa the Great is from again.