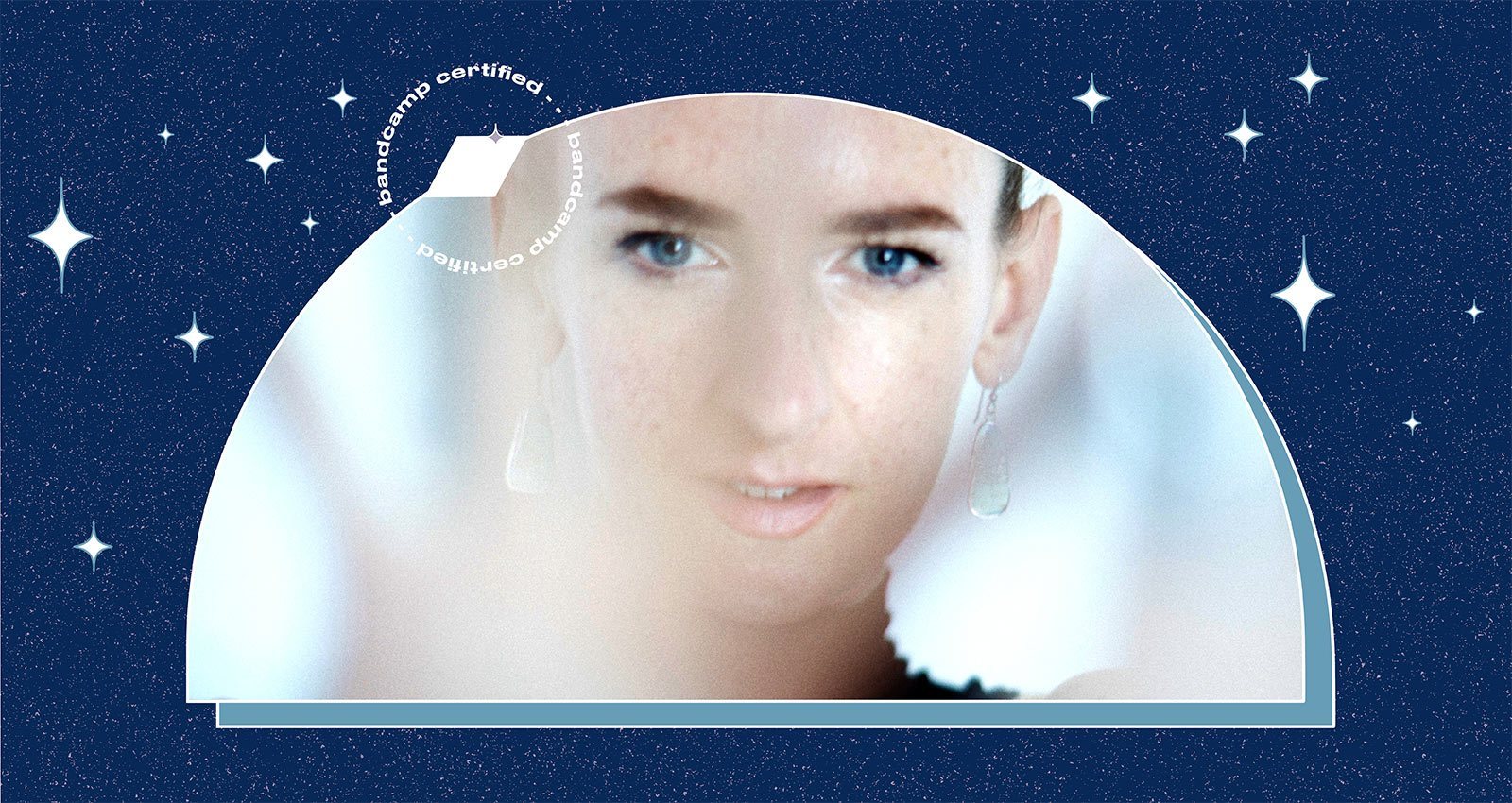 “I think I would feel like a complete sociopath if I made a pop record just to maintain consistency, and completely ignored what I was going through.”

The Los Angeles-based Katie Gately is talking about her latest LP, Loom, and her negotiation with consistency is valid—Gately’s drastic departure from the playful, experimental pop music that defined her bright and richly textured 2016 album Color might be jarring to some. But the pivot is warranted: Loom is the story of Gately saying goodbye to her mother who was diagnosed with a rare form of terminal cancer in 2018. The experience was so powerful that Gately scrapped another, nearly complete, record entirely and embarked on the process of writing music that was darker and more harrowing.

“The thing about dealing with cancer is you see it coming,” she says. “It’s not like a heart attack, where someone just dies. It felt very lonely for my mom, because if you’re the one dying, you’re on that path alone—even if you’re surrounded by love.” Despite the desire to remain optimistic, Gately knew she had only a little time left to spend with her mother. “That, to me, was harder than the actual grief. It was like pre-grief.”

Writing Loom became a way to assuage the throb of heartbreak that began to swallow her daily life. “There’s parts of making the record I don’t remember,” she says. “And maybe that’s a good thing, to have some blurriness around it. My mother couldn’t eat, because the cancer completely blocked her stomach. So she basically lived until she ran out of flesh to live off of. She had no ability to absorb food.”

The spirit of Gately’s mother haunts every corner of the album. The album opens with the words “Ring, ring…,” echoing into a cavernous void. They feel eerily hollow, and shot through with a sense of foreboding—there is no one there to answer the call. On “Tower,” Gately manipulated a recording from her parents’ wedding day, and warped it into what she calls “horror music.” What once was a warm, happy memory becomes a swirling, anxiety-powered element in the fabric of the song. “I do love this idea of a person being part of the record,” Gately says. “I think it was done in Jurassic Park—a lot of dinosaur screams were the sound designers’ kids screaming. It’s something that a sound designer does—a little fun thing to have their loved ones immortalized.”

Gately’s gift as a composer and a sound designer is in her ability to find musical value in ordinary thwacks, screeches, scrapes, and rumbles. But on Loom, her nervous, exhaustive energy required new sources of sound. “With this record, I thought I would use samples that were more literal,” she says. Accordingly, Loom’s sonic palette includes wolf howls, a car crash, a bullwhip, breaking piano strings, church bells, an industry air compressor, and, more grimly, the closing of a coffin. “They’re layered in,” she says, “so it’s not a song about coffin slams. I just thought that there were times when it would make sense, and that it would be a meaningful choice for me. And with a dark record, there are so many sounds associated with death that felt relevant. So I just went for it.”

Her dedication to sampling recalls early industrial artists like Cabaret Voltaire, Einstürzende Neubauten, and even Depeche Mode on their 1983 Construction Time Again album. Mining and recording ambient noise to be sequenced into rhythmic, or even melodic, music is core to the identity of all those bands, and it is for Gately as well. Loom’s album cover serves an added nod to industrial aesthetics: An empty, broken-down warehouse space littered with discarded heaps of rusty pipes, metal shards, and plywood blanketed in layers of debris.

Gately offsets the album’s abrasive clanging and clattering with the soft sound of her voice. “I didn’t want to scream or have confrontational vocals,” she says. Instead, the songs thrive on the tension between her angelic, breathy voice, and the booming urgency of the music. Writing from the perspective of the cancer as a villainous caricature, she sings, “You can try to hold the beast back, but it holds you closer,” on “Allay.” By using “melodic vocals with a little bit of devilish processing,” Gately’s voice becomes the focus in Loom. “Having a background in sound design, I’ve always put that stuff more into focus because that’s what I’m trained in,” she says. “But I was slowly getting more comfortable with the fact that it’s okay to not be a trained vocalist and still put your voice up front.”

That vulnerability is on full display in the ten-minute mammoth “Bracer,” which walks slowly to a crumbling precipice, beat by agonizing beat. Layered choral elements only reiterate Gately’s inconsolability as the song reaches its crescendo: “I want it, I need it, I’ll fake it, I’ll thieve it.” As the verse repeats, Gately’s raw voice begins to feel as if it’s commanding the music behind it, working its way to a kind of harmonic hysteria: “I want it, I need it, I’ll bait it, I’ll beat it.”

Loom is more than a eulogy written in the shadow of loss; for Gately, it has become evidence of her own inner strength. “When I try to think about how people will react to anything I do, I’m always so wrong,” she says. “What I’m trying to do is have no expectations and, as I get older, I respect the fact that people have the reactions they have. It’s not like you can convince them otherwise.” In the end, Loom gave her the confidence to hold nothing back. “Not hiding,” she says, “feels really good.”