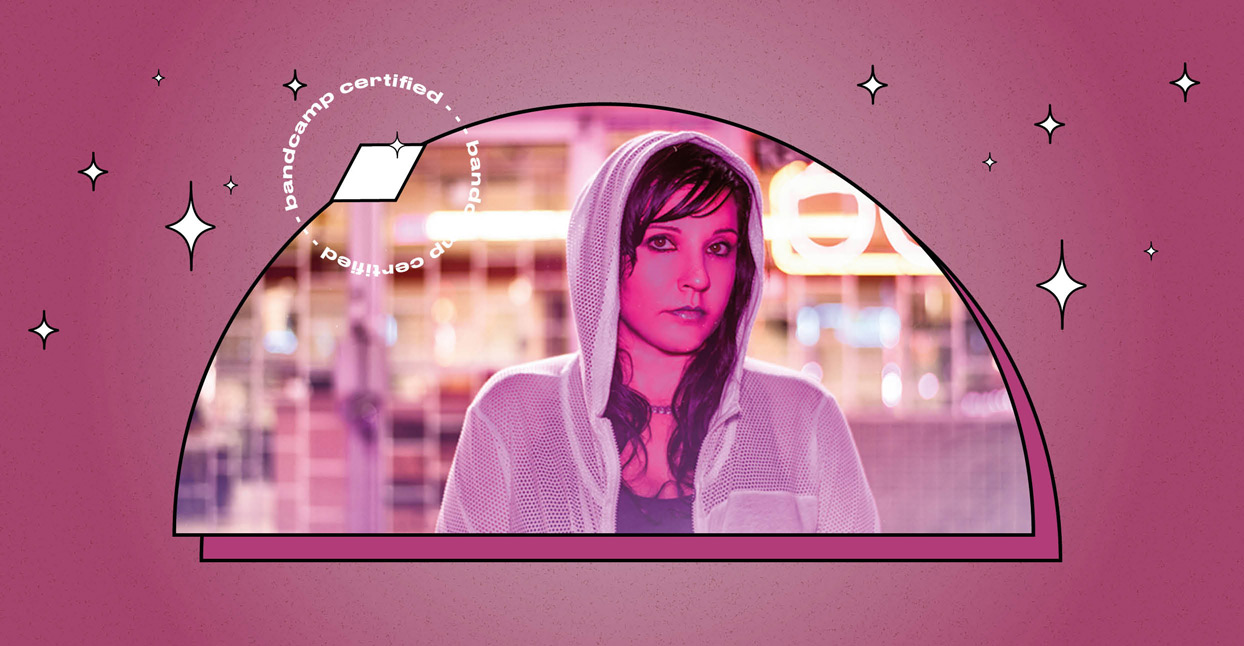 “Jubilee has been staying up all night since as long as anyone can remember.”

These are the words that accompany the second album from Jessica Gentile, the Miami-born, Brooklyn-based DJ and producer whose topsy-turvy body clock destined her for a career in the club. “I used to have an alias,” she says, laughing down the phone from her New York studio. “I was called 4AM Jess, because I used to text people at four in the morning like, ‘Hey, what are you doing?’ I had no concept of time at all.”

Jubilee’s night owlish tendencies go back to her early career in Miami’s late ‘90s rave scene, where the teenage Gentile discovered trance, techno and drum and bass in “grimy” warehouses outside the city. By the time she moved to New York in 2003, she’d picked the only logical career for her inverted circadian rhythms. The fledgling DJ made her name first with Flashing Lights, a party she threw with DJ Ayres and Fool’s Gold boss Nick Catchdubs, before joining Dre Skull’s dancehall crew Mixpak and turning her attention to production. Her 2016 debut album After Hours paid tribute to her decade-plus of late nights and early mornings on the dancefloor, with the irresistible “Wine Up“—a soca-tinged jam with vocals from Hoodcelebrityy—serving as the climax.

Three years later, having travelled the world with her USB sticks, those early rave memories linger on in Jubilee’s follow-up album, Call For Location. Across the record, she conjures a landscape of bright lights and vivid colors, with salty air blowing through car windows and a vast sky burning orange and pink. Think of it as a shinier, juicier upgrade to After Hours—an extra dash of tequila in the margarita.

Jubilee’s musical world spins on the same axis still, tempering exuberant Caribbean rhythms and elements of classic Miami—the dizzy thrill of Latin freestyle, thudding 808 bass—with the grittier beats typical of New York club music and UK rave culture, a home away from home for the hard-touring DJ. The album’s glowing first half includes “Mami,” a collaboration with Dominican-born vocalist Maluca, which pairs a bumping dembow riddim with a trace of old school New York house. “Maluca is also a raver, so she understood it,” Jubilee says of her NYC cohort. “She’s extremely talented, she’s not new to this, and we’ve known each other for a long time, so it was really cool to make this ‘fuck off’ girl anthem with her.” Then there’s “Fulla Curve,” a gorgeous, chart-primed pop track with south London dancehall newcomer IQ. “He’s insanely talented,” she gushes. “He heard the track for the first time and boom – he ad libbed everything straight off.”

The album’s biggest surprise comes on “Shots,” a low-slung, subtly spooky collaboration with one of grime’s most in-demand talents: P Money. Teaming up with the London MC was a proud achievement for Jubilee, who’s been playing grime in her sets for over 15 years. “But like most rappers, he did not show up to the session,” she laughs. “I was not upset or surprised. Then two days later he was like, ‘Sorry I didn’t come, here you go,’ and he sent me a draft of the craziest song.”

Just as day turns to night, the album’s sexy and sultry first half is followed by a darker, smokier run of rave tracks, from the tunnelling trance of “Liquid Liner” to the grubby hardcore that cuts through “Disconnected”—echoes of those underage nights out. In those days, she remembers, “we would go to a house where the parents didn’t care what we did and just hang out. No one really drank, but we would smoke weed and listen to a Josh Wink mixtape until midnight. Then we would meet up at CVS, or whatever it was called then, and blast music in the parking lot and buy candy and Vicks Inhalers. Then we’d all drive to the rave. I would lock my shit in the truck and weave my car key into my shoelaces!” Those events would usually have a headliner playing trance or big beat, but Jubilee would often find herself in room two, absorbing drum and bass from the U.K.—a perfect complement to her Floridian taste for trunk-rattling bass.

It wasn’t all sunshine and serotonin, though—young Jubilee was often on her own, and encountering all kinds of wrong’uns. “I was probably one of the only people at my school [raving], and the people I would meet were anywhere from 20 to 30—which is pretty weird because some of them would text me all the time,” she says. “I didn’t meet many quality human beings in the scene, which probably explains my loner-ness.”

Perhaps the lingering intensity of those memories depends on this exact combination: mind-blowing wonderment shadowed by the threat of “dark vibes,” as she recalls. But while the free party days are long gone, she’s still the same “4AM Jess”— and Call For Location is an album for her people: the straight-through crew, the never-go-homers. It’s the soundtrack to a perfect, endless day, “from the beach to the rave – I think that’s basically what my whole life was. I like sunlight and islands and beaches, but I also like to stay up to five o’clock in the morning… and 10 o’clock in the morning sometimes,” she says with a sly laugh, “until I’m right back on the beach.”