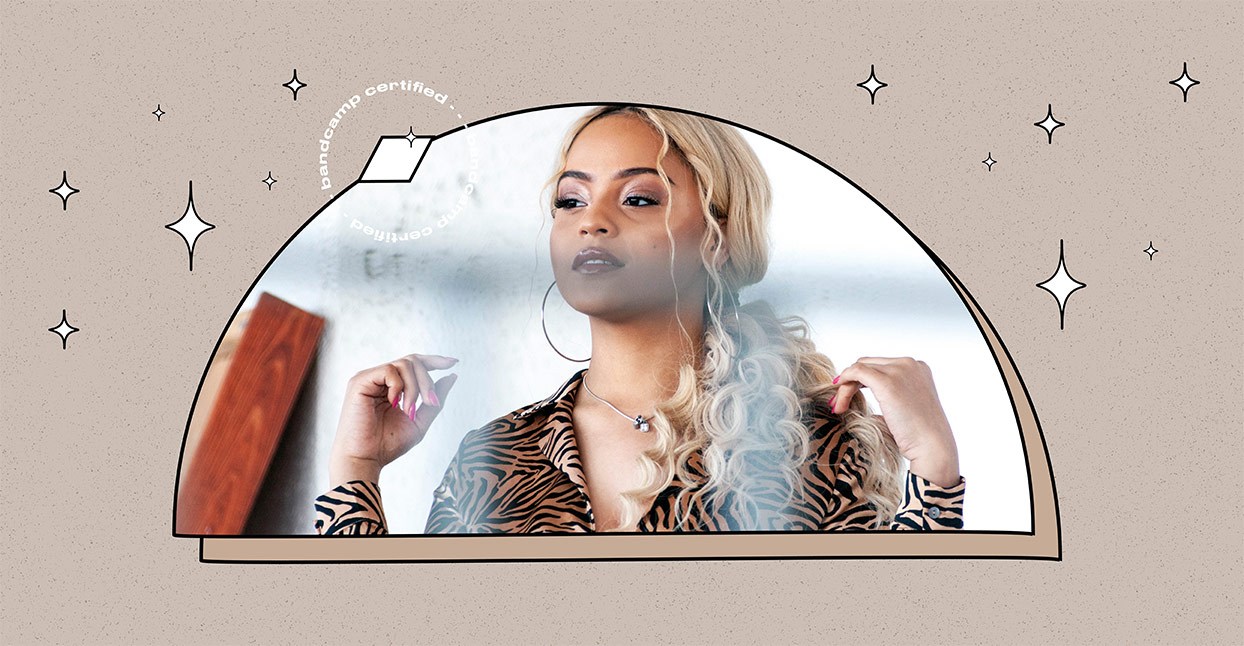 “If we’re having negative encounters, we protect ourselves,” Chicago singer Johari Noelle says. She’s explaining her song “Too Much,” a treatise on the ways we guard ourselves during contentious situations. “We don’t really confront the problem at hand, and sometimes we’re so paralyzed by it that we don’t say anything, so we’re confined. The song encourages the idea of healthy confrontation,” she explains. “Too Much” is the first single from Noelle’s five-song debut EP Things You Can’t Say Out Loud, a collection of restorative songs about remaining true to yourself.

Noelle grew up in Chicago’s South Shore neighborhood, and in the south suburbs. Though her family consists of “music enthusiasts”—they “cleaned to music, ate to music, slept to music”—she was the first one with real singing chops, something she discovered during her adolescence, and which led her to pursue musical theater and choir. “Music was just something I got really close to,” the 23-year-old says.

Her music career began with a YouTube channel, where she recorded covers of songs like Adele’s “Million Years Ago,” Amy Winehouse’s “Valerie,” and Erykah Badu’s “Love With You” in her dorm room, and broadcast them to a growing following. Around the age of 20, she was featured on BET’s show Chasing Destiny, a docu-series chronicling Kelly Rowland’s national talent search to form an all-girl group.

Although the audition process for Chasing Destiny was “cutthroat,” it was also an “eye-opening experience” for the young singer. “I was like, ‘This is exactly what I want to do. I don’t want to do anything else,’” she says. “I was just like, ‘She’s gonna pick me, I’m gonna be in the group, I’m gonna be a star.’”

While Noelle didn’t make it to the final round—she made it to the top 11—she never lost sight of her goal. “They had girls who were super experienced: some of them were touring, some had been signed before to major labels,” Noelle explains. “So it was really easy to get in your own head as an artist. Like, ‘OK, I’m good but they’re amazing.’ It’s very easy to say, ‘Why me, why me, why me?’ It’s important to not think that way. It’s important to know you were picked because you have something different or something special.”

After quitting her full-time job last June, Noelle was able to pursue her artistic interests head-on. She landed acting roles in the television shows Empire and Proven Innocent, and she started playing shows, where she sang covers and experimented with new music.

She brings all of that experience to Things You Can’t Say Out Loud, a project she perfected while working full-time. The album is as beholden to the music of her upbringing—Stevie Wonder, Crystal Waters—as it is to her own exploration of music—Adele, Winehouse—and her experiences during her adult life.

The first cut, “CrazyLonely,” is grounded in pop, soul, and R&B, with Noelle singing in an unhurried cadence over a stuttering beat. About halfway in, the chorus’s lyric shifts from “crazy” to “lonely,” and her voice is pitched down to the point of becoming unintelligible, radiating a resoundingly deep ache. “Regrets” is a reflection on learning lessons the hard way, its production bearing traces of the house music anthems that were elemental in her upbringing. The album ends with Noelle feeling emboldened; “Show Me” reminds the person to whom she’s singing—and, at the same time, the listener—that only by remaining open can a person be free.

“The story behind Things You Can’t Say Out Loud is embracing those things that are not always easily digestible, or situations that you normally wouldn’t speak about—whether that’s in a work environment, or a personal environment, or in a relationship,” Noelle says. “You can’t heal unless you’re self-aware, and unless you’re really pushing yourself out of what you’ve been doing.”

“When I decided to become an artist full-time, I was like, ‘I need to just follow my dreams.’ I spent all of last year really pushing myself into that zone to focus and see where it could go. And as I started to see where I was going, I was like, ‘This feels good. If I’m broke, I’m broke. If I’m rich, I’m rich—whatever. This is what makes me happy at the end of the day.’”