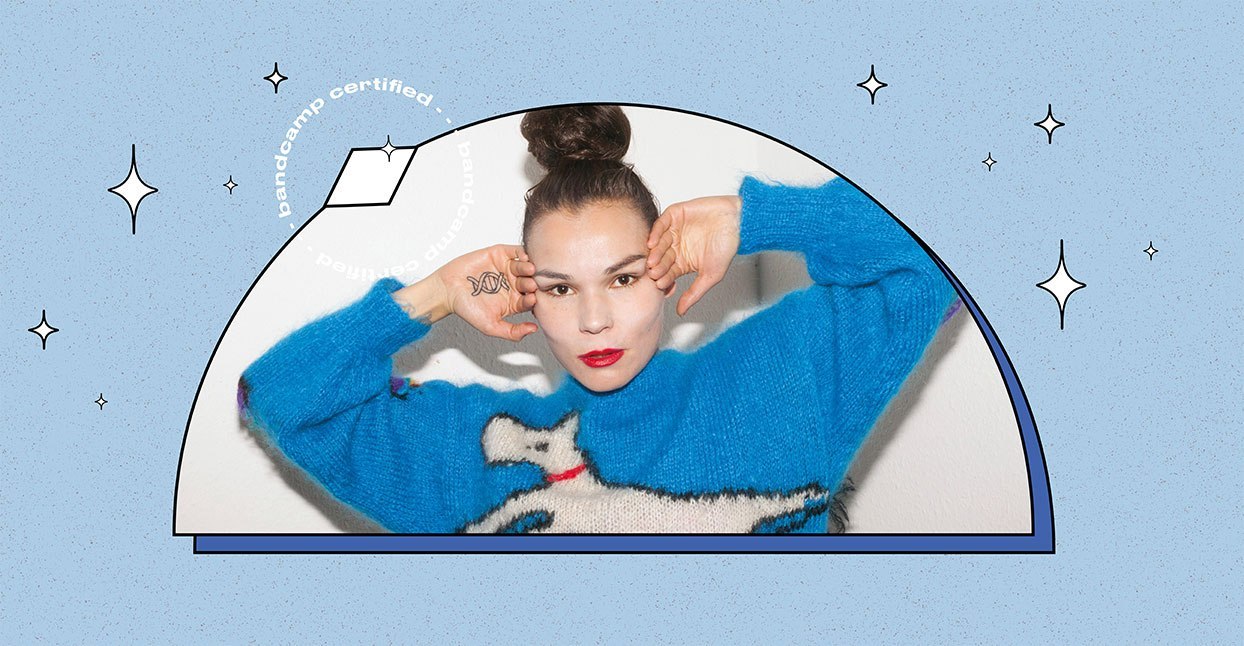 “The revolution will be frequential. Join the S.L.F.,” announces Aisha Devi, laying out the thesis statement for her new EP of the same name. The Swiss-Nepalese producer and graphic designer’s words exude confidence, and rightly so. Her last record, DNA Feeling—Bandcamp’s #2 album of 2018—was one of the year’s breakout experimental electronic albums, showcasing a unique strain of otherworldly-yet-organic club ragers, interwoven with calmness, nervousness, and skepticism, but mostly, wonder and awe. Devi doesn’t just make music; she trafficks in transcendence, operating out of the ether. “If pop music were to be the natural numbers—1, 2, 3, 4, 5, 6, 7, 8, 9—I would say my music would be everything in between,” she concludes.

Devi’s work leans heavily on “frequency technologies,” or to put it in layman’s terms, musical trickery. Poly harmonizations, semi and quarter tones, specific frequencies, binaural [production], Kargyraa throat singing: these are just a few of the techniques she deploys to manipulate our listening experience across S.L.F., deconstructing pop and electronica as she goes. In many aspects, the release functions as as a kind of superconductor, the laws of physics made manifest, after all, everything in the known universe—material or no—emits a frequency. “If the origin of everything is vibrational,” concludes Devi, “I can create specific frequencies and resonances that can heal, transform, and create matter, but also dismantle spacetime.” (Call it the Big Bang theory.)

Accordingly, Devi frames her creative process—both in the studio and onstage—as a back-and-forth between flesh and thought, body and soul. “Our bodies need healing because we live in a matter-fetishizing society, one that inhibits our ability to empower ourselves,” she says. “However, we still search for extra physical experiences through the use of music and interest—intangible things that have a promise of eternity.” As such, she meditated constantly while recording S.L.F., recording in short bursts whenever inspiration struck: “My studio sessions are a kind of an out-of-body-experience happening.”

Devi’s hardly alone in her revolutionary mission, though. “Teta 7hz (Tool),” one of the EP’s highlights, finds her teaming up with DeForrest Brown Jr., the New York-based music theorist, spoken word artist, and writer (best known for his collaborations the Liverpool producer Kepla). “We have such an alchemical connection,” Devi says of her compatriot, going on to detail their mutual love for a certain rap megastar: “We joke about the prophetic Kanye West [in terms of] our common metaphysics…Kanye needs to hear the right words and the right frequencies; we want him to be enlightened and omniscient, not fucking Trumped.”

The dense theories and jargon-laden discourse attached to Devi’s music might be intimidating—good luck finding someone capable of distinguishing binaural beats from ordinary ones—but we need not fully comprehend it to be affected by it. On “Uupar-Theory,” pitch-shifted voices and crisp, thin synth lines float above a gentle, quiet ambient background as Devi delivers a dulcet call to arms. “Empower your mind,” she urges. “You can walk through walls / The force’s will / The creator / The wave / The energy.” Needless to say, it’s one hell of a pep talk.