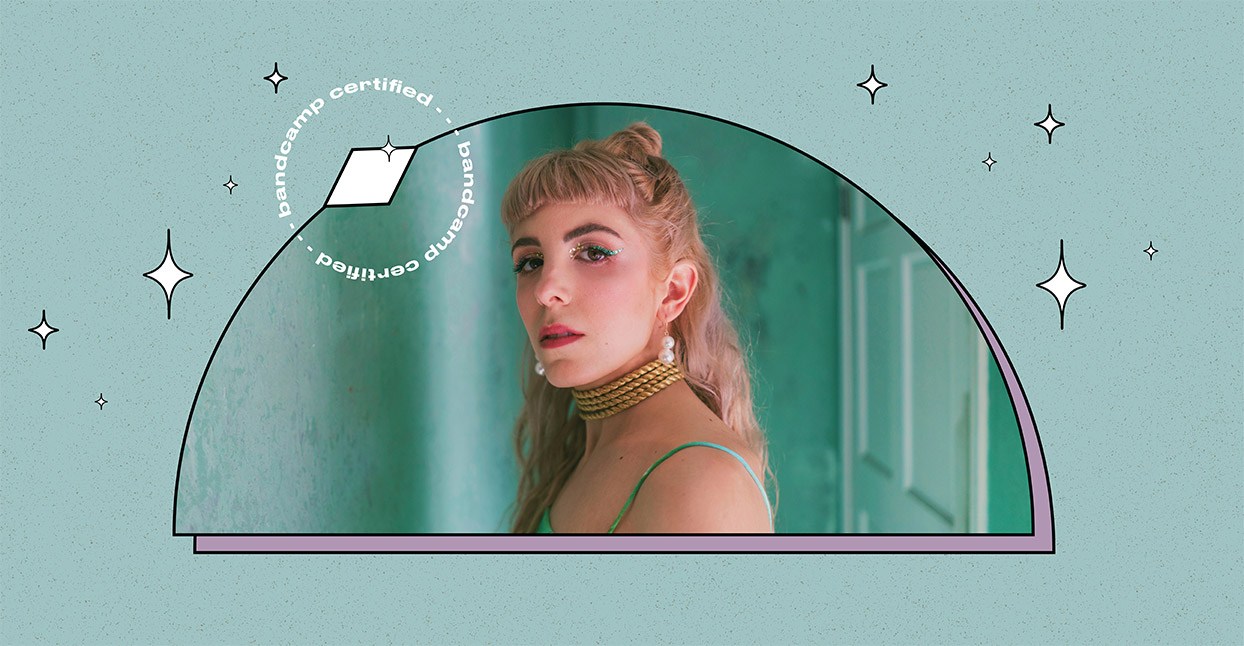 There are few better visual metaphors for a stalled relationship than a person riding a stationary bike. In the video for “The Party,” the lead single from Ada Lea’s forthcoming debut, What We Say In Private, singer Alexandra Levy wears a flowing gold cape and ascends a flight of stairs. “Was I wrong because I couldn’t tell the difference at all,” she sings, defeated. Then, she climbs onto an old bike stationed in the living room and starts pedaling her desperate heart out.

In conversation, Levy is a far cry from the broken woman in the video. Over the phone from a tour stop in Australia, she speaks with a calm, almost reserved confidence about the songs on What We Say In Private and the intense focus she put into them.

“I was listening to The Diary of Virginia Woolf [on tape],” Levy says, recalling a eureka moment midway through her album’s writing process. “In it, she talks about writing—I can’t remember which book. But she asks herself [while writing it], ‘Can this character survive?’ I thought that was really interesting. I had known early on that I wanted the character [in my album] to survive, but reading that made me realize I needed to make her more resilient.”

Resilience plays an important role in the origin story for What We Say In Private. After the end of an especially tumultuous romantic relationship, Levy vowed to journal every day, for six months straight. Writing a record was never her original goal; rather, she was writing to heal, in the hopes that processing her loss would help her move past it.

“I struggle with thinking of it as an album of heartbreak,” she says, “because what ends up happening when you’re not in a relationship anymore is that you have to spend more time with yourself. What I learned in that time alone is how to be alone, and how to care for myself without depending on someone else to care for me and my aspirations and dreams.”

If What We Say In Private is any indication, Levy’s dreams are sky-high. Using pop structures as a foundation, her debut as Ada Lea explores the full spectrum of human emotion, with a lyrical rawness that is both disarming and life-affirming. Throughout the album’s 10 songs, she holds the listener close, at times literally whispering into the mic. In the background, stray sound recordings flutter in and out: snowplows, voice memos, and street noise all feedback and modulate, creating moments that are so full of life you almost feel as if you’re sitting beside Levy as she’s singing.

“They all feel like different scenes within the same small room,” Levy says. “It’s as if there’s someone in a room with someone else, and they’re having conversations, and moments are happening, and towards the end they walk out onto the balcony.”

Levy’s ability to set a scene is a talent she’s been honing since she first started writing songs as a teenager growing up in Montreal. The first “a-ha” moment, she remembers, was during a high school summer program in the States, where she attended Newport Jazz Festival and watched Esperanza Spalding perform. “I was so inspired by the performance and her singing and playing. I knew when I went back to Montreal I would beg to get my dad to help me buy [an upright bass]. That’s exactly what ended up happening.” Levy’s obsession with bass eventually led her to studying jazz in New York. In the background, though, she continued to write songs on guitar. She is also a painter; tucked between the sleeve of her debut LP are some examples of her side hustle—bright, abstract works inspired by each of the album’s 10 tracks. Like her songs, Levy’s paintings are exquisite, detailed creations that fluctuate between sad, dark faces and bright, almost euphoric scenes.

“Being a visual artist and a musician, I find myself thinking in shapes and colors and forms and creating scenes,” she says. “I can’t really explain or articulate it, but they definitely inform each other. I’ll get a visual, or the key of the song will seem like it’s a dark purple, and I can create from there and be like, ‘OK, well, what does the room look like if it’s purple? Where am I, and who’s there?’”

Though she’s been painting since childhood, Levy never formally trained as a visual artist—something she believes makes her art practice “much freer” than her songwriting habits. “With songwriting, I feel these constraints within forms and rhyme and prose,” she says, citing artists like Jean Michael Basquiat and Cy Twombly as introducing her to the idea of painting “with more expression and less restrictions.”

Despite the dichotomy, Levy’s music and artwork are, in her mind, two means to the same end. Having lived with mental illness for most of her life, Levy says art provides solace from a world that has long felt alienating to her. “It’s really hard to feel like I fit in,” she says, “but music and painting creates this world where it doesn’t matter what’s happening on the outside. When I listen to music and connect with that aspect of it, I feel like I’m being transported. That’s what I want to be doing—making music that people connect to the way that music has been able to help me.”

While she admits she still deals with bouts of depression, Levy says medication and the routines involved with art-making and touring have helped her learn how to manage the disease when it rears its head. Now that she’s being treated, she says, she’s focusing on making art outside of the volatile headspace that once drove so much of her creativity.

“I just spent a brief period of time going to a day program where we had music therapy,” she says. “Just seeing how people that can’t really function in society can still pick up a percussive instrument and feel a beat—they can’t make a full-on meal, but they’re able to do that, and that brings them joy. Simple things like that really change your mood and change your perspective and show you just how powerful and magical music can be.”