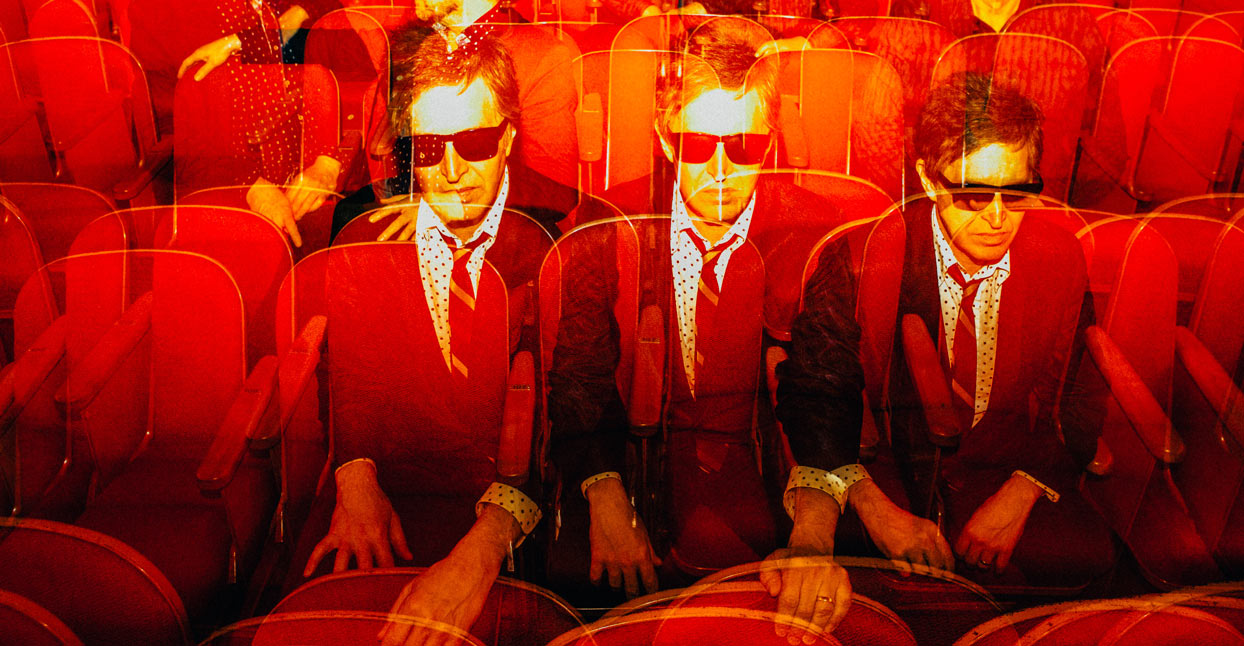 Singer-songwriter-guitarist Steve Wynn is to ’80s and ’90s American alternative rock as Kevin Bacon is to movies. Throughout his long career, as both the leader of the legendary band the Dream Syndicate and as a solo artist, Wynn has collaborated with scores of musicians from the college-rock era—including members of R.E.M., X, Concrete Blonde, Los Lobos, Giant Sand, Continental Drifters, and the Minus 5. And that’s not counting the musical friendships he’s forged with the groups from Los Angeles’ Paisley Underground scene of the early ’80s — a subculture that counted Wynn’s own band, Dream Syndicate, among its practitioners.

So it’s not surprising that Wynn’s connections extend to the artists he chose for Bandcamp’s Big Ups. “These are all friends,” he explains of his picks. “Normally I try to be objective with these things, and I’m an avid music listener and record collector always hunting for the new thrill. I don’t usually do these things to hype my friends.  But my friends all have really good records out right now, so it’s a good chance to point to their direction. [These] are people I know and play with, and can honestly say they’re making great stuff.”

The same could also be said of the current Dream Syndicate lineup—Wynn, drummer Dennis Duck, bassist Mark Walton, and guitarist Jason Victor—who, in 2017, released How Did I Find Myself Here? the band’s first new album in nearly three decades following a long hiatus. Now, the group returns with These Times, a work that contrasts with its predecessor in terms of mood with such tracks as “Black Light,” “The Way In,” and “Still Here Now.”

“The last one was all fired up and rocked out and just took you by the throat,” says Wynn of the reunion record. “That’s how we felt. We were determined, we had a mission to say, ‘Hey we’re still here and you might wanna pay attention to what we’re doing right now.’ We did that, and I think now we gave ourselves permission [on These Times] to get a little deeper and darker and moodier this time. And it felt great.”

Here are Wynn’s Big Ups, from which one can hear traces of how they inform his current songwriting, and vice versa.

Chris Forsyth
The Rarity of Experience

“He began as more of an out-there, avant-garde experimental jam rock/jazz rock kind of guy who’s been moving towards the center. I first heard his music on The Rarity of Experience he made about three years ago, and was just blown away by the record. We’ve become great friends because we’re both guitarists and baseball fans. He’s been traveling along the roads that bands like Television did—he and I are both fans of Television. He brings a lot of other elements, too. I hear Led Zeppelin when I hear him, I sometimes I hear jazz stuff like Coltrane, if he had played guitar. I saw Chris play a show about two weeks ago with Garcia Peoples. They did an impromptu freeform show where they played three songs for one hour at a club in New York City called Nublu. It might be the best show I’ve seen in years. It just blew my mind, it was so good. He’s great.”

“I can’t remember how I got turned on to them, but these things travel in the ether, and somehow you find them. And when I heard their first record [Wooden Bag], which they made a while back, I just loved it. Then [Wood/Metal/Plastic/Pattern/Rhythm/Rock] really just blew me away. They’re just a great band. You hear African elements, Middle Eastern, and Delta Blues. They’re a really good reminder that there is this kind of music that just travels from culture to culture—even Appalachian folk music and things like that—where people see how far they can dig into drone and repetition, and something that is hypnotic and trippy. It’s the kind of thing I’ve always gravitated towards.”

“We met in ‘78 in Davis, California. We were both going to school [at the University of California, Davis], and this was in the heyday of punk rock and new wave. So we were fellow travelers for every single and album that came down the pike. We were both DJs at the radio station KDVS at Davis, and just out of our love of what was happening at the time in music, we formed this band Suspects with [future Dream Syndicate bassist] Kendra Smith and [future True West singer] Gavin Blair called Suspects. Russ [who also was in True West] has been making records for a while now. He has a new record [Goodbye El Dorado]. I think it’s his best record yet, it’s just fantastic and it’s everything he does best: his vocals, his storytelling and simultaneously heartfelt and, at the same time, warped perspective on life is in full force. So I’m always glad when any musician—especially friends of mine—distills their best qualities and lays it out there, and that’s what he did this time around.”

“I believe they started out in Mali, and because of political conditions had to move [to Algeria]. Chris Eckman from The Walkabouts produced the earliest records. Chris has done an amazing job of discovering great bands from all around the world, especially in Africa, Turkey, and the Middle East. I believe he kind of happened upon them. I don’t know the whole background, but they’ve been making great records for a while now.

“A friend of mine in Germany, who had the band stay at his house, told me the story of the leader of the band [Ousmane Ag Mossa] sitting in his music room. My friend was playing him records that he thought they might dig. And he played him the Velvet Underground because to him it was like, ‘Oh yeah, you guys are getting really raw and hypnotic and cyclical.’ And Mossa looked at him [and said], ‘Why would they wanna play so badly? Why would you like this music?’ That’s how Mossa saw the Velvets. So my friend asked, ‘Well, what rock music do you like?’ And he said, ‘Why, I like Dire Straits.’”

“Peter Buck produced the new one [Maybe More], and he produced the previous one [or], so there’s also a big influence. They’re based in Portland and part of the scene up there. I first knew the lead singer Chris Slusarenko, and he was a fan of my music. His band was fantastic. It’s the guys from the Decemberists, Dharma Bums, and other bands around the area. Not only do they make great records and are a great live band, they also have a great sense of visuals. They had a video for one of their songs on the previous record that blew my mind. I said, ‘Where did that come from?’ And they said, ‘Oh, it’s a guy in Scotland named David Dalglish who did this video.’ And I said, ‘I’ve got to work with that guy.’ And now David has done our last four videos. So I thank Eyelids for turning me on to our visual maven.”

“Of course, I’m very close to that band…even one step further, my wife Linda Pitmon is the drummer. And we’re very excited in this household to have records coming out of the same day, and we’re not competitive whatsoever [laughs]. Again, it couldn’t be a better collection [of people] than Linda being on drums, plus Scott McCaughey and Peter Buck, my long-time friends and members of the Baseball Project [my other side band], and Kurt Bloch, whom I’ve known for a long time. And Corin Tucker, whom I probably knew least of all when they started, is just incredibly talented, and Sleater-Kinney is fantastic. It’s all your friends that you play with all the time, and yet it goes someplace completely different. As the Stones said, it’s the singer, not the song. She just delivers, she’s fantastic. So, a great band led by a great singer. Nothing wrong with that.”

I Was a King
Slow Century

“I think they’re definitely informed by R.E.M. and Robyn Hitchcock. Robyn actually produced one of their earlier records, and they were Robyn’s backup band on-and-off for a while. So I think that’s how we all became aware of them. They’re based in Oslo and also a small town southwest of Norway called Egersund. We have become really great friends, especially the leader of the band, Frode Strømstad, who is an occasional bandmate. It’s one of those things where you meet somebody from around the world and say, ‘Wow, we’ve kind of have a lot in common.’ And he’s a lot younger, so  he was barely around when [R.E.M. and the Dream Syndicate were] first put together. For him to be making records with Scott McCaughey [in the supergroup the No Ones] and Robyn produce his records—I guess it might have been like if I had been able to get the singer of the Standells to produce my first record. You meet the old guard and you realize you have a lot in common.”