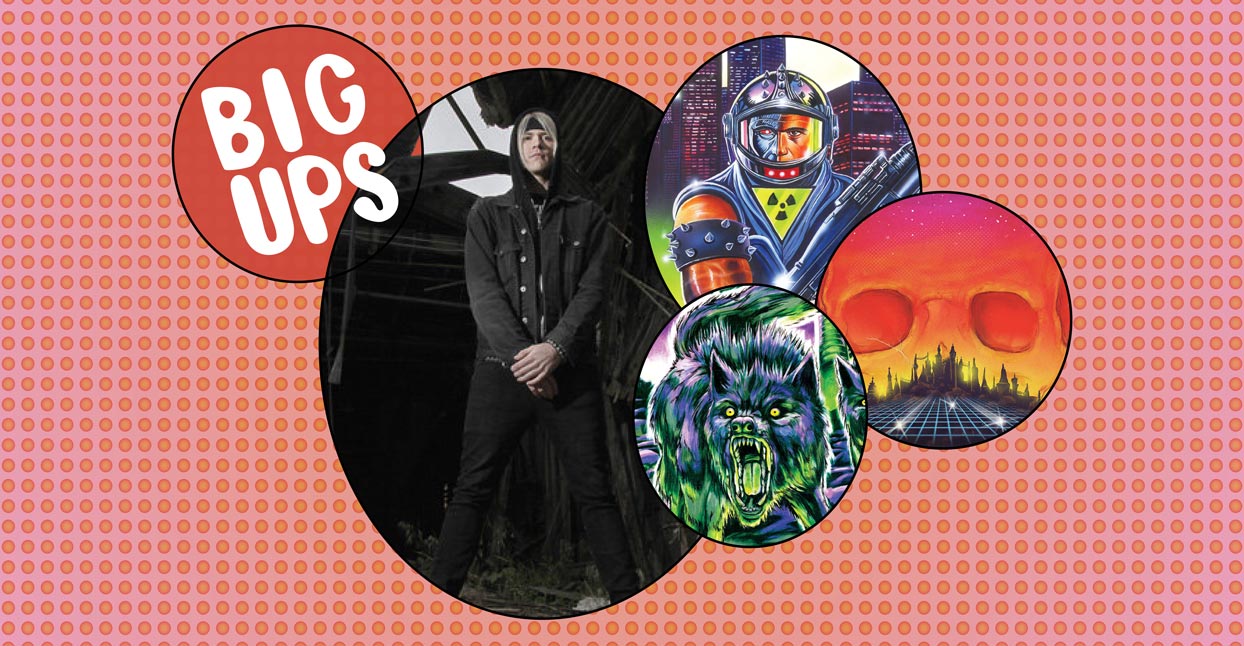 In retrospect, it’s hilarious that Blade Runner takes place roughly a month from this article’s publication date. You don’t see any Replicants running around, and there’s still some blue to Los Angeles’ sky. Escape From New York was prophesied for 1997, and that’s if you disregard the fact that the world was supposed to end that year according to Terminator 2. This idea of a sci-fi future that never was is the crux of Toxic Holocaust’s latest record, Primal Future: 2019.

“I was thinking it would be funny to take the ’80s—what they thought technology would be like—and apply it to now, and have it where technology is basically taking over,” mainman Joel Grind says of the album’s theme. “We nuke ourselves back to the Stone Age, pretty much. We get so advanced we go back to being primitive.”

Grind’s nuked himself back into recording everything himself, like he did on his first two records, 2003’s Evil Never Dies and 2005’s Hell on Earth. It sounds more raging and apocalyptic, more of the deadly Motörhead-Discharge-Bathory trifecta he wields so well. Toxic Holocaust began as a bedroom project in the middle-of-nowhere Maryland, and Grind, now based in Portland, thought it appropriate to return to the beginning.

“A lot of it had to do with the 20th anniversary [of Toxic Holocuast,] and I wanted to tie everything back to the roots,” he says. Grind also made the record in between changing labels, and couldn’t afford to fly band members out. “It was necessity and also enjoyment, not to say the other records weren’t enjoyable to make, but it’s a different experience, you can work on the record whenever you want. Felt like the old days again.”

If you thought post-rock had the lock on “soundtracks to movies that don’t exist,” well, Grind’s got you beat. There’s ‘80s synth woven throughout Primal Future, weaving in and out of songs and transporting you from one post-wasteland biker romp to the next. He isn’t new to this field, as Grind has released synth-driven solo records before, but this is the first time they’re used in Toxic Holocaust’s context. Even so, the man remains a metalhead punk at heart.

“Most bands, when they do a record, they do a synth intro and that’s it. I thought it would be cool to tie songs with synth interludes, to where it feels more like a soundtrack,” he says. “There’s no synth intro because peoples’ attention spans are so short nowadays, do you want the first listen to be some two-minute synth intro? I’d rather just cut right to the chase.”
In keeping with the Primal Future’s retro-future theme, Grind selected a variety of vintage-sounding electronic records. He admits: “When I go on Bandcamp, I only buy electronic stuff; it’s really bizarre.” None of these picks qualify as metal (only one comes remotely close to rock), and all are fantastic soundtracks for unwinding after a long night at the metal pub or DIY spot. Every hesher needs some time to kick back, after all.

Another Berlin-influenced record, this time hailing from France; a celestial brightness permeates AEM’s Distant Observation of Solar Activity, which features more pronounced guitar work compared to their German peers. “To be honest, I’m not a huge Pink Floyd fan,” Grind admits. “I do kind of like that they have elements of that, where they have more guitar. It adds more of a psychedelic element to it.”

German ambient that keeps the country’s sound alive, very reminiscent of old Tangerine Dream and Klaus Schulze: “I’m a huge Tangerine Dream fan, and anything like that, I’m already for it. It is very Tangerine Dream-like, I like the sound of the record and the synth choices. I feel like if I smoked weed, this would be very good music to listen to.”

Going even further down the Berlin school rabbithole, this is an even more drifty and dreamy effort from Lancashire, England-based composer Paul Nagle. For Grind, the record excels not just merely of how it sounds, but how it functions in an everyday listening environment. “There’s a time and place for music,” he says. “When I hear that people are just into one kind of music, I’m like, ‘Why?’ Stuff like that [Exoplanets Vol 2] is really cool, like when I’m answering emails—it’s something more cerebral, you’re hearing it in the background, you’re listening to it, but you don’t have to pay full attention to it.”

Stellardrone
A Moment of Stillness

If you told us this A Moment of Stillness—one of the many ambient release from the Vilnius, Lithuania-based project Stellardrone—was actually recorded in space, it’d seem pretty damn plausible. “I really like a lot of those spacey ‘70s records, like Jean-Michel Jarre,” Grind says. “I really like that atmosphere put into records, it lets your mind wander. When you play metal, you write metal, it’s cool to have a contrast. It’s a lot different from what I would normally play. On tour, I think the perception is metal bands just listen to metal all the time in the tour van. We play books on tape and stuff like this; after a show, the last thing you want to listen to is some insane shit.”

This Detroit-based trio specialize in driving synth-rock, the sort of thing you’d listen to making your own cut of Susperia. “I dig that Zombi thing with live drums,” says Grind. “It harkens back to Goblin, where it’s a band playing soundtracky type stuff. It adds an organic element to electronic music.”