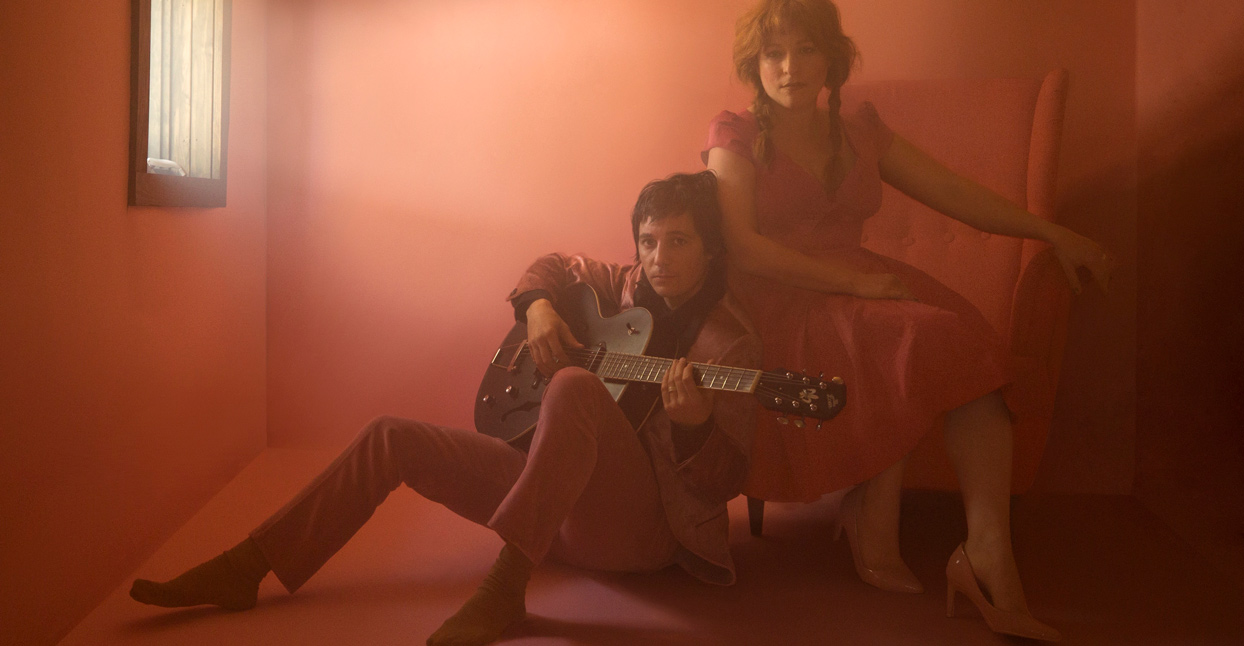 Shovels & Rope, the folk-rock duo of Michael Trent and Cary Ann Hearst, represent the platonic ideal of a musical partnership. Since their initial meeting in 2005, by way of Charleston’s small but-impassioned rock scene, the musicians have gotten married (10 years and counting!), had two young children, and oh, yeah — become one of the biggest bands in the south, releasing four albums, plus two collaborative projects; and headlining multiple tours. They’ve even launched an annual, music gathering in their adopted home of Charleston, the High Water Festival. (This year’s lineup features Leon Bridges, Jenny Lewis, Mitski, and more.) Talk about #relationshipgoals.

It makes sense, then, that these partners of more than a decade share similar tastes where their Bandcamp favorites are concerned; their picks reveal a mutual, deep-seated passion for Americana, rock-and-roll, and heartland folk — further reflected by their new album, By Blood, which puts a distinct Shovels & Rope spin on the aforementioned styles. Bandcamp caught up with the pair amid their present headlining trek through the U.S.

Michael Trent: When we moved into our house right after we got married, the place was a disaster. There was so much work to be done, especially in the garage. I found myself in the garage for hours and hours and hours: just cleaning, dragging the most bizarre things out to take to the dump (or not take to the dump). I hadn’t really dug into Tom Waits much at the time, but there’s just so much about [this album] that went right along with cleaning my garage. ‘Get Behind The Mule’ was when I was up there, out in the morning—like, let’s do this and pull some shit out of here, and it’s going to be nasty. It was kind of just inspiring to get my hands dirty. I can relate to ‘What’s He Building?’ too: a little bit of losing your mind in your own crusty world. There’s some real sentiment in those songs.

Cary Ann Hearst: Mule Variations has a lot of what I call ‘the pots and pans’ era of Tom Waits, but his most tender stuff is what I’m most attracted to: super poignant, really earth-bound, humanistic, and compassionate in how it treats the weakness of man, which is a major part of our own songwriting ethos. ‘Come On Up to the House’ is one of my favorite songs ever. Both of us have quasi-religious backgrounds and had a bit of spiritual fallout with our upbringings—and for me, personally, that song has a way of calling me back to whatever that spirituality was; the oneness of the universe. I also love ‘Get Behind The Mule’; you wake up in the morning, you drink your coffee, you make your list, you put that song on, and you get it done.

Hearst: I first heard of Blitzen Trapper when my friend Anna gave me a mixtape that had ‘Black River Killer’ on it, and some of their folkier material. When this record came out, Michael was going through something of a motorcycle phase and was riding quite a bit. The cover of American Goldwing is a Honda Goldwing motorcycle; the themes are physical and emotional freedom, and the whole record has this feeling of riding on the back of a motorcycle, down a beautiful American highway. It’s got a lot of cool riff-rock, and there are a few songs on there that sound morbid. I’ve always said that when I pass away, I want them to play ‘Love the Way You Walk Away.’ And if I could get up and sing a song in a fancy dress and do a rendition of a song at Carnegie Hall, I’d go with ‘Astronaut.’

Hearst: We like Sharon Van Etten a lot, and we were really excited when this new record came out. ‘Comeback Kid’ was swirling around, and let you know that the album was going to have a new level of production that was darker and fancier. On ‘Seventeen,’ near the last chorus, she sings these octaves at a frequency that gives me serious chills all the time. It’s very beautiful, it’s very primal, it’s very rock ‘n’ roll. It just sounds like pure rock ‘n’ roll womanhood.

Trent: I was reading up about the record and how she made it, and the influences that went into it were really interesting; she was talking about Nick Cave’s Skeleton Tree, and also Bruce Springsteen. I thought that was a cool combo.

Matthew Logan Vasquez
Does What He Wants

Hearst: Matthew Logan Vasquez is a Texas songwriter who’s the lead singer of Delta Spirit. As Delta Spirit stopped touring—they didn’t break up, they just went on a permanent hiatus—Matt had to start over building an audience as a solo act. He’s got this newborn baby and this wife back in Texas, so he was just starting over. We’ve always been fans of Delta Spirit, and eventually made friends with him.

We went to Europe together and toured (he came on our bus) and became very, very close. (Also, we have children who were born a day apart.) He was just a guy and a guitar, and he was so hard to follow every night. It made us want to be better and find that rock ‘n’ roll energy that’s deep within our jetlagged souls. That record’s just full of great stuff: ‘Fires Down In Mexico,’ ‘Same’ featuring Kam Franklin from the Suffers on vocals, and ‘Tall Man’ is just beautiful. There’s even this silly song called ‘Red Fish,’ that’s basically about how he got shitfaced on tequila and got in a fight with the cops while fishing. I don’t know if it’s true or not. He’s kind of a wild guy.

Trent: This record came out just before we read Jeff Tweedy’s book [last year’s Let’s Go (So We Can Get Back): A Memoir of Recording], which is fantastic. It can be played in a complete listening environment where it has everybody’s attention, and it feels great; it can also be played in the background somewhere, and it still feels great, regardless of the environment, no matter what. You get 20 people in a room for a dinner party, put this on, and you see 20 people digging it. The songs are great, the sentiments are great—and reading the book, learning what those songs were about, just endeared him to us even deeper. The fact that he’s such a family guy makes him a role model for us, because we tour all the time with our whole family. We’ve got two small children under the age of four, and we’re trying to figure out how to do it. To have somebody who is actively figuring it out, who puts his family in a place that feels admirable…we’re inspired by that.