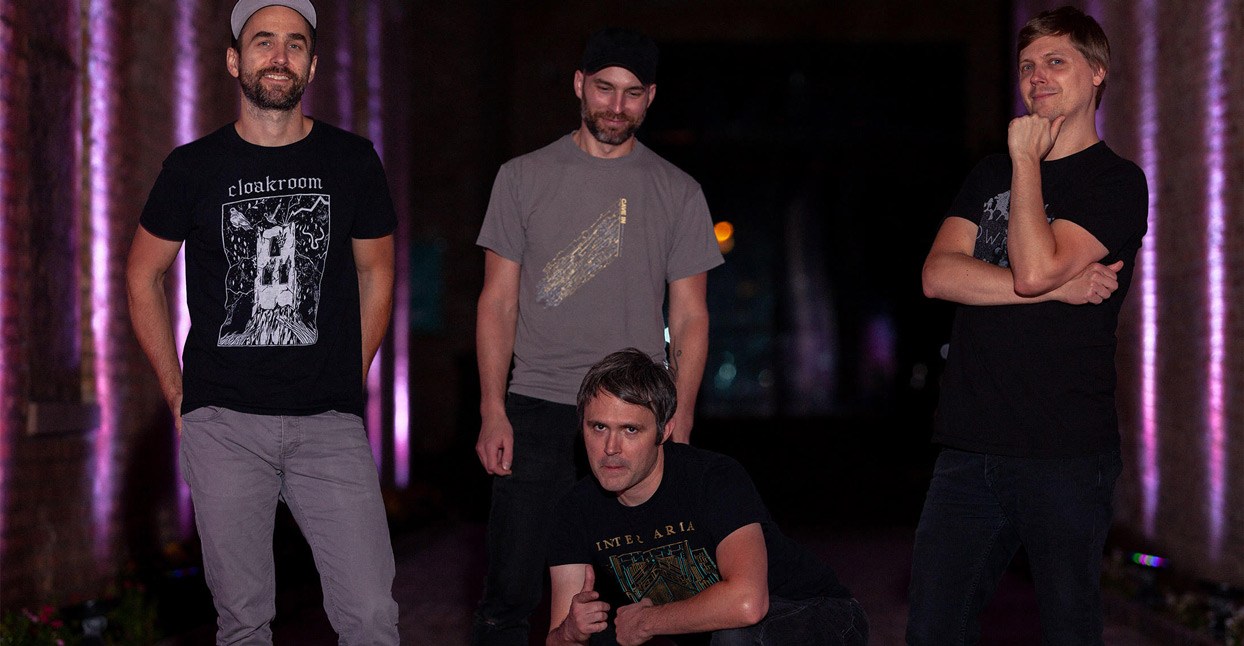 If you’ve ever heard the term “instru-metal,” it’s probably because of Pelican. The Chicago-born band have been cranking out triumphant metallic instrumentals since its inception back in 2001. Over the last 18 years, they’ve released six albums and a slew of EPs, even breaking their longstanding vocal boycott—for just one song—in 2009. They’ve also spread out between their hometown, where guitarists Trevor Shelley de Brauw and Dallas Thomas still live, and Los Angeles, where drummer Larry Herweg and his brother (and bassist) Bryan Herweg currently reside. The band’s latest, Nighttime Stories, is Pelican’s first full-length in six years—and not just because of the geographic divide. “We’ve collectively had three children since our last album,” Shelley de Brauw explains. “Dallas and Larry became fathers, and I became a father for the second time.”

Unfortunately, it’s not only birth that underscores Nighttime Stories. Thomas’s father passed away during the writing process—the song “WST” bears his initials—and Jody Minnoch, the vocalist of Shelley de Brauw and Larry’s other band, Tusk, died unexpectedly in 2014. In fact, the title Nighttime Stories was initially intended for a Tusk album. “Jody had an idea for a record called Nighttime Stories, along with a bunch of lyrical ideas and images that he sent me and Larry,” Shelley de Brauw explains. “When he passed away, we started going through all the stuff he’d sent us, and it put me in a Tusk headspace. Naturally, some of the stuff I started bringing to the table for the Pelican record—including what became the title track, which was the first song we worked on—seemed to capture a little bit of that frenzied, discordant sort of hardcore energy that Tusk had.”

Shelley de Brauw went in a completely different sonic direction for his Bandcamp picks, which firmly reside in the shoegaze/slowcore realm, while Thomas’s selects turn up the aggression.

Obviously, the shoegaze revival is a big thing that’s going on right now, and Lacing has a shoegaze vibe but it doesn’t feel like a revival. A lot of shoegaze divides into two camps: the Slowdive camp or the My Bloody Valentine camp, but the Lacing album feels like it inhabits a completely different space. It has more to do with late ’90s indie, but with a shoegaze veneer.

Shores have a super slowcore vibe to them. It’s almost like Codeine meets Slint with the dude from Bedhead singing. The vocals are really laid-back, quiet, and chill, but the music veers from an incredibly meticulous building of slowness to these washes of heaviness. But the thing that makes them undeniable is that they have super hooky choruses, which is not something I hear a lot with that sort of sound.

There’s a sense in which Greet Death sort of belong to some element of the emo revival, but it’s much more majestic and slow and lush than a lot of those bands. They have this really melodic slowness, kind of akin to Hum or Cloakroom or something like that. And the tones they have are magnificent. It’s an incredible sounding record.

The first time I heard this record from this Salt Lake City duo, I thought it was going to melt my speakers. The vocals are as if Satan possessed a Buddhist monk in Nepal and then transported him straight to Utah. I saw them at the Rialto Theater in Tucson, AZ, and not only did they absolutely destroy, but their drummer Tyler trashed his drums mid-set. You would think that the show would be over—but no, he set them back up and kept going.

These Chicago pros play in the Blue Man Group by day and crush in Electric Hawk by night. One of the tightest, best-sounding and -performing independent bands you will ever hear. Their dedication to their sound and musicianship is hard to match. Every time I see them live I usually go home afterwards and feel the need practice and improve my tone. Their records are great—and this one is no exception—but you have to see them live to really experience what I’m talking about.

I think these dudes are one of the best heavy bands out there right now—brutal yet musical and dynamic. When Pelican did a Southwest tour with them, the last drive was from Phoenix to San Diego and it was around 120 degrees outside. Their van had no AC and they were pounding beers the whole way and showed up so dehydrated they couldn’t pee—yet they still got onstage and destroyed.