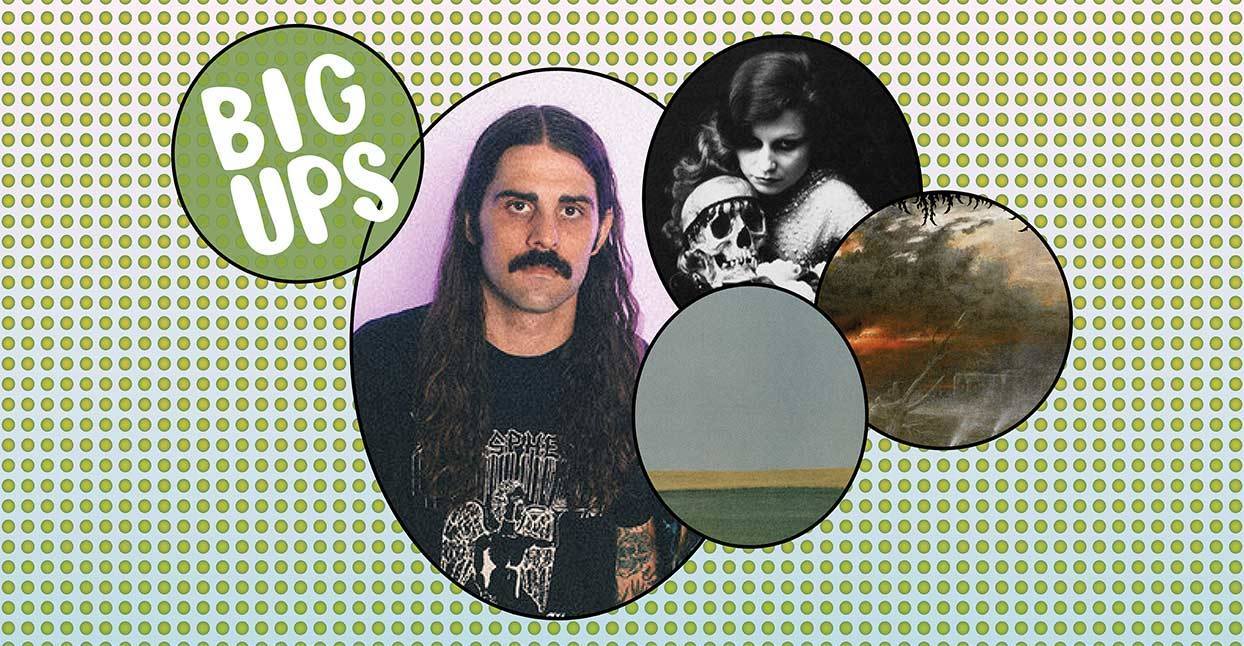 Deserted, the new album from Arizona death metal quintet Gatecreeper, is a bigger, gutsier record than its predecessor, 2016’s Sonoran Depravation, and no track illustrates that better than “From the Ashes.” There are fist-pumping choruses, barreling riffs, and chest-puffing swells that get bolder the longer the song goes on. It’s a geyser, exploding with fury from the cracked depths below.

“We call it the Amon Amarth track, or the Euro outdoor metal festival banger,” vocalist Chase Mason says. “It’s anthemic in that sort of way we haven’t explored before, but it’s not too much of a jump.”

“Ashes” is just one illustration of the ways Deserted showcases a band more confident to stake their place in death metal. Gatecreeper are more melodic here, but Deserted is not a melodic death metal record per se. Its melody leans more Finnish in style (Mason cites early Amorphis and Sentenced as crucial influences), so the hooks are slower and more dragged out. Melodic death metal still hasn’t recovered from its oversaturation in the mid ’00s, so it’s not as esteemed as other death metal styles, even if it’s slightly more likely to appear at Wacken Open Air.

That doesn’t bother Mason at all. “Just being catchy is always something that’s been the backbone to it. It’s all about the riffs and the riffs should be catchy,” he says. “Even the classic death metal albums—you know, Cannibal Corpse, Deicide’s Once Upon The Cross—there’s hooks in it. People forget about that.”

If there’s a common thread among newer death metal bands, especially American ones, it’s that they don’t ape one specific style. Instead, they crib from the broader spectrum of death metal’s heyday. Gatecreeper are emblematic of that, bringing together Swedish HM-2 guitar tone with Finnish riffing styles, a touch of Incantation dirge, and throwing in some Obituary-style groove into the mix as well. (Speaking of Obituary, Mason describes his vocal style on Deserted as “Freddy Madball meets John Tardy,” which is to say, a gruffer, more hardcore take on Tardy’s incomprehensible lows. Death metal rules, so why not take from all of it?)

“Making your own thing, it’s almost like making a mixtape of a band: There’s all this different stuff; let’s sew it all together and see what we can come up with,” Mason said.

There’s plenty of death and filth, both of the low-and-slow and lightning-fast varieties, from Mason’s Bandcamp picks. He also throws in some Memphis rap and classic slowcore, which makes sense; as much as we’d like to believe otherwise, one can’t subsist on death metal alone. Here are his recommendations.

Depressor play uncompromising, industrial death; their Filth/Grace LP includes several collaborations with Acephalix drummer Dave Benson, one of the most respected percussionists in the scene. “This is another one that has gotten lots of play from me on Bandcamp,” says Mason. “Depressor sound like a mix between Amebix and Godflesh with even more riffs. I guess you could call this industrial, but I’ve never found anything in the industrial genre that I enjoy as much as this.”

Numero Group’s reissue of the seminal slowcore record from Duster is—like the rest of Mason’s picks—a dark piece of work that wouldn’t sound half-bad blasting from the speakers during a long drive through the Sonoran. Mason describes it as “Some real good ‘slowcore,’ or whatever you wanna call it,” adding, “I got to see them play one of their reunion shows earlier this year, and they were great. Another one of my go-to work/sleep/relax albums!”

Mason is a huge fan of Memphis rap, and considering how its woozy production and macabre lyrics have crossed over with metalheads amenable to hip-hop (ie, Wicca Phase Springs Eternal), he’s not alone. A particular favorite is this 1998 gem from Lil Sko. With murky synths, gloomy minor-key piano, and 808s like funeral bells, you can easily put this on after old Three 6 Mafia and Gangsta Pat LPs. Sadly, the limited-edition, signed 40 oz. Lil Sko-branded malt liquors are sold out. “Classic Memphis shit,” says Mason. “I love the sample heavy production and hard ass lyrics.”

“I love this album so much,” Mason says of this 2009 record from Australian funeral doom masters Mournful Congregation. “It’s perfect for listening either actively or passively. I’m a freak who listens to music on headphones when I go to sleep. This is one of my go-to sleeping albums, but I also put it on often when working. The triple guitar harmonies are perfect, and the whole thing is just some of the saddest and most beautiful music you will ever hear.”

Ultra rotten death metal from Copenhagen. This group takes Scandavian riffing and drips in American sludgy gore. Guitarist and vocalist David Torturdød, also of crushing Danish trio Undergang, is one of the most guttural vocalists currently working. Mason raves: “This is one of my favorite death metal records in the past couple years. Great atmosphere and great riffs. I haven’t been able to see them live yet, but I hope to sometime soon!”

Copenhagen strikes again, this time with the 2015 EP from Slaegt. Even more melodic death metal, this record is quite ripe with Maiden licks. That’s never a downside. Mason comments: “This is another more recent album that got A LOT of play from me over the years. It’s an EP, but the few songs here are just as tasty as most full length albums. Melodic, sometimes blackened death metal. They have released a few albums since this EP, but this one remains my favorite.”