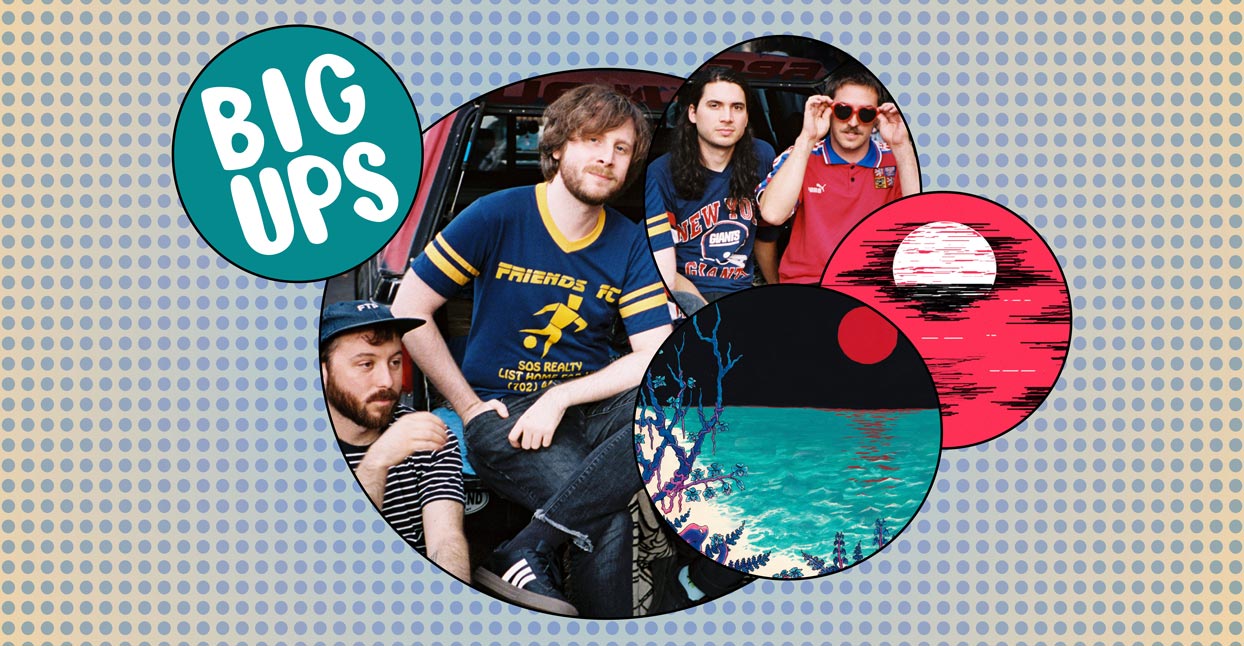 Anamanaguchi entered the cultural landscape in a neon flash. Over the course of just a few years, beginning in 2009, they released their debut album, scored Scott Pilgrim Vs. The World: The Game, launched one of the era’s most successful music-themed Kickstarters, released their monolith sophomore effort Endless Fantasy, and helped bring chiptune to a wider audience.

In the six years since the release of Endless Fantasy, the group has continued to tour and release remixes; three years ago, they unveiled Capsule Silence XXIV, their score for an imaginary video game that came complete with a PR hoax in the form of a Twitter fight with the game’s fictitious developer. Now, the group returns with [USA], their most mature and dynamic release to date, and their first for Polyvinyl.

[USA] signals a new approach for Anamanaguchi. The album’s lows are lower, and its highs higher, thanks largely to a less aggressive approach to production. The dopamine-inducing blasts of chiptune are still there, but they occur less often, giving each song a chance to breathe, and the album’s pace is more varied throughout. Minute details buried deep in the mix reveal themselves with each new listen, making for an album that is as richly textured as it is viscerally thrilling.

We chatted with the quartet about what they listened to in the lead up to the album’s release.

“I love everything that Jaime Brooks does, including Default Genders. There’s this amazing ability to combine what I love about the personal folk style of an act like Bright Eyes with lo-fi breaks and production on main pop girl 2019. Bright Eyes tried to make a digital sampling album with Digital Ash in a Digital Urn, but I feel like Default Genders makes the music that Conor Oberst would have if he grew up with a computer.

It’s one of the only records of 2019 that’s about 2019. There’s so much music now that wraps itself in nostalgia, but I feel like Default Genders is trying to cope with reality in a super exciting way. Plus, there’s a No Rome feature, and we love No Rome.”

“This record is just so good. We’ve all been fans of his for a while. What stands out to me about this one is that it’s weirder that some of his other stuff—which is a pretty impressive feat. It feels more difficult to hear what was made with a tracker and what was made with a chip, which is always fun for me as a listener. His musicianship is at one of the highest levels you can reach with the type of programming he uses.”

“I’ve known about glass beach for a while. Their main songwriter J. [Mcclendon] hits a lot of checkboxes when it comes to what I enjoy about punk music, as well as more vulnerable songwriting. the first glass beach album is an honest record. I appreciate how it does exactly what it wants to, which adds to the earnestness of the entire package.”

“I originally found out about this artist through a Bandcamp recommendation several years ago while I was searching for ambient records. I was blown away, because Chihei Katakeyama has been putting out a couple albums a year for a while. He was originally signed to Kranky, but I believe he runs a label now called White Paddy Mountain that releases similarly ethereal drone music. It started out with me thinking, ‘This is a good, relaxing album.’ But the more I went through the discography, I started to find that I had favorite albums of his for different things—I had a favorite record for going to the beach, or cleaning my house, or going to sleep. I think that speaks a lot to the control he has over his craft.”

“Vinnie is a friend of mine. He’s primarily an illustrator and comic artist. He does a lot for the New York Times now and, just like in his comics and illustrations, there’s a lot of playfulness and whimsy in his music. Each song is like an experiment with a particular genre or sound. In high school, I listened to [the band] Unicorns a lot. They were a huge early inspiration, particularly because of how fun their songs are. I hear a lot of that same fun in Vinnie’s music.”

“Rubber is an amazing album. It’s by Six Impala, a collective of six producers, and it kind of snuck out of nowhere for me. I had heard some of the producers who are in the collective during this Minecraft event we did.  Rubber does something which [USA] does for me: It’s really enjoyable to listen to as a whole package, rather than as individual songs. You get the most out of it when you sit down and listen to the whole record—which I hadn’t felt in a while before hearing this. [USA] was done by the time this came out, otherwise, it probably would have been an inspiration.”

“I listen to True Blue a lot. Edge Of is an older record of hers, but I picked it because it’s a wildcard for me. I don’t even know what’s going on in that world of music—that indie or poppy world. It’s just this genre that I enjoy, but don’t know anything about. Then, when I stumbled upon this EP, I fell in love with it immediately. It’s catchy, but also goes hard in a minimal way. The under-delivery is amazing. It’s calm sounding on the surface, but it’s euphoric and intense deeper down.”