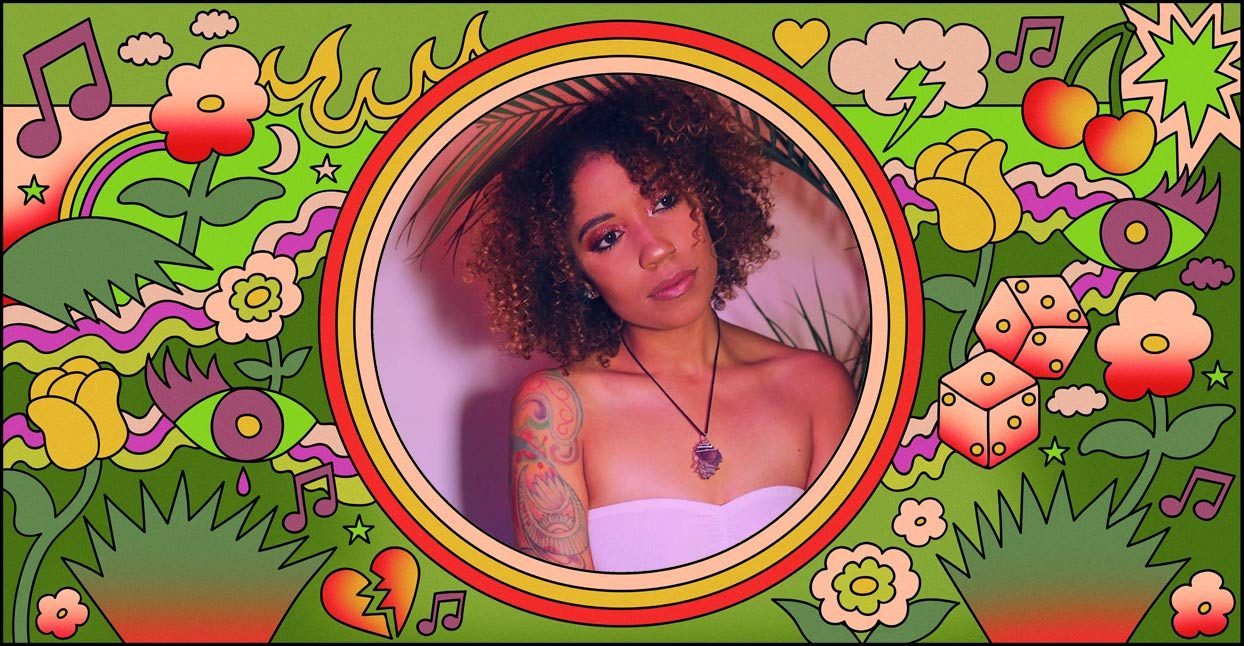 The new releases—from amahla to K.Raydio—are all about approaching love, relationships, and entering new phases. Here are the best soul releases of March to help you spring forward into the new season.

In 2018, British singer-songwriter amahla released her debut single “Old Soul.” The warmth of her voice on the striking, piano-driven track won her immediate accolades from BBC 1Xtra and 6Music. She also received the PRS Foundation’s Lynsey De Paul Prize for outstanding female songwriters, as well as the MOBO Help Musicians fund award. Now she’s released her first EP, Consider This, a thought-provoking album on which her stunning, fluttery voice takes center stage. Elevated by powerful lyrical commentary on social inequities, domestic violence, and inner-city life, amahla may be one of the next big voices exported from the U.K.

DWEAMZ
Everybody’s Living in A Ghetto

“Everybody is living in a ghetto,” sings Paris-based band Dweamz, on the album-opening track of the same name. Confronting the ugliness of bigotry and hatred on the rock-infused song, Dweamz is a band confident and talented enough to address real-world issues in their music without diminishing the sound or the message. Album closer “Jumble of Leaves” is a contemplative soul track with a psychedelic 1970s groove.

Austin, Texas’s Eimaral Sol brings hip-hop influences to pop and neo-soul. Sol’s irreverent vocal stylings combine youthful sing-song with MC flair on tracks like “Sunflower.” Sol’s interest in the metaphysical and love intersect on tracks like “Systematic Transcenda,” “Kundalini,” and “Time Travel.” It’s always refreshing to discover an artist dancing to the beat of their own drum, and Sol is an exciting example.

Detroit-based singer Davina has a voice made for R&B lovers. Mellifluous, elegant, and sophisticated, the former recording engineer once owned her own dance music record label, and has been making music since the mid ’90s. Return to Soul is a mix of soul and R&B that offers a modern take on late ‘80s and early ‘90s R&B and soul. Album standouts include “Red Sky” and “What’s Going On,” but the entire EP is seductively paced, boasting strong songwriting and a voice one with the music. In search of unfussy old-school R&B? Give Return to Soul a listen.

Loose loose is not just the band’s name, but its ethos. Creating free-flowing, jazz-infused soul, the Columbia, Missouri collective bring technical skill, style, and diversity to their music—from jazz to soul to hip-hop. Charming opener “Wrong Way” is a romantic musical push-and-pull between lead vocalists who stubbornly believe that there is a right way to love. The fantastic instrumental groove “Toast” reveals how strong the band is without vocalists. “Feel the Love” and “What’s Mine is Yours” continue an effortlessly good EP, perfect for the summer nights ahead. With such a strong, pleasurable work, a full-length album is anticipated. File loose loose alongside Snarky Puppy and BadBadNotGood.

This year marks the 20th anniversary of Bristol, England label PENG. 20 Years of PENG! features 14 tracks, and singer Andy Compton appears on several of the album’s songs. Many of the tracks recall mid ’00s chill lounge music—a popular merging of soul, jazz, and house. While favorites include “I Wanna See You Groove” and “Chilling in the Ghetto,” the entire album is one gem after another. The collection is a fantastic snapshot of British soul music.

Minneapolis-based artist K.Raydio promised that she would be releasing music every month throughout 2019. It’s an ambitious promise, but K.Raydio is staying true to her word. Her EPs 2:22 and 3:33 are both great additions to January’s 1:11. The braggadocio of 1:11 takes a back seat on 2:22, which features somber, quiet tracks. K.Raydio’s layered vocals explore fissured relationships on songs like “Hero,” and quiet but unwavering faith in yourself on “Destiny.” 3:33 has a warm, jazzy, neo-soul sound, and tracks like “Clueless” showcase both the MC’s singing and rapping abilities. How the puzzle pieces of these EPs will fit together at the end of the year-long project is all part of this exciting musical journey.