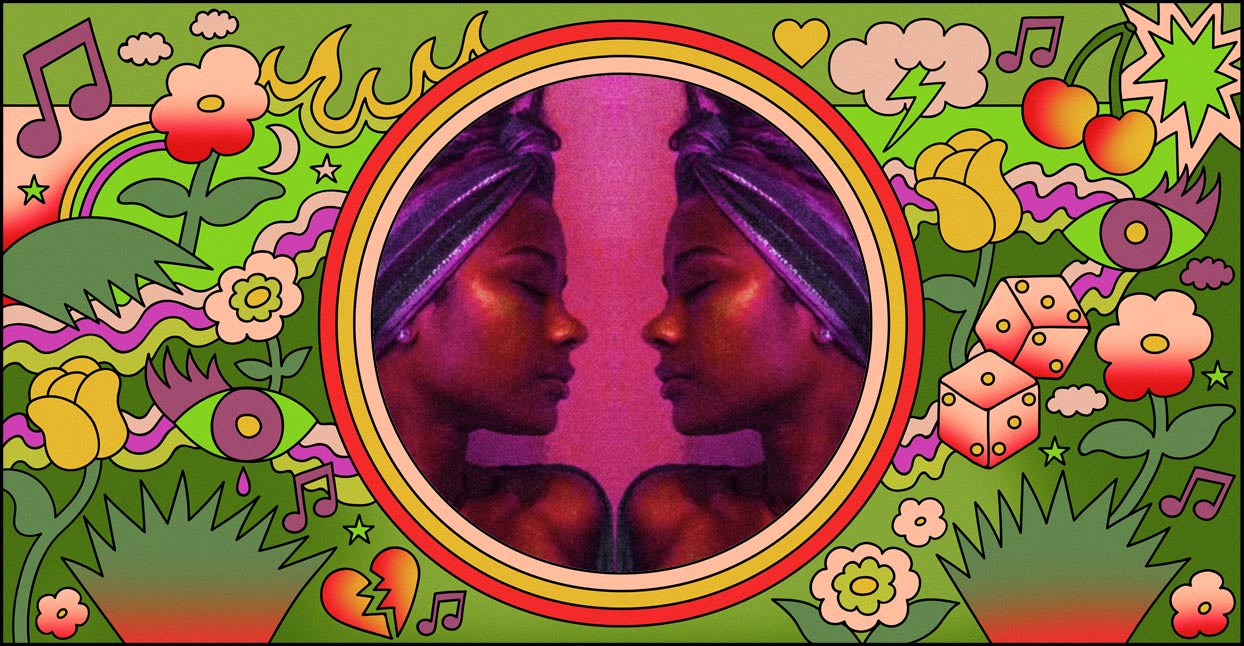 These new releases—from Nathaniel Star to Staci Jackson—are all about turning R&B on its head. August is an exciting month for soul.

While Nathaniel Star’s voice is seductive, the lyrics of Bush Master are brutal—examining bigotry, exploitation, and distrust. “Jungle Lullaby” is both a history lesson and love song for Star’s daughter. On “Voices in the Night,” Star shouts out Tupac and Harriet Tubman for their strength and truths. It’s not an easy thing to achieve—making music that enchants and enlightens—but Star makes it sound effortless.

HMLT’s “Lost,” featuring Kei-Li, begins quietly, as if from a distance. It steadily grows both louder and closer, like a hesitant lover who suddenly becomes bold. It’s a uniquely romantic song by this Toronto duo, brothers Corey and Taylor Wong. Their sound elevates college-basement-band soul to something more sophisticated. The fleeting “WIYL” has a captivating sound, and “Down, Down, Down,” which features the austerely elegant voice of MIBLUE, manages to feel both ultra modern and classic. Need You is the ideal neo-soul chill-out album for fall.

Taylor Kelly
Up Up and Away

Taylor Kelly’s voice bursts with light. The Philly vocalist and songwriter combines fluttery jazz with wholehearted soul. On her latest release, Up Up and Away, she explores love and letting go. Though both themes are mainstays of the genre, her strong lyrical ability gives each track an honesty that makes it feel fresh and new. On “JWYTK,” she sings, “Wrote you another letter / But then I threw it out / So I just sent you that sweater / The one you raved about.” It’s her ability to capture small moments like those that makes her music so striking.

Indigo Asaa was raised on the voices of icons like Jill Scott and Lauryn Hill, and she brings those dynamic influences to bear on her debut, Bloom. Her voice is gripping: she sings with a sultry rasp on “Signs”; on “Keep it Low,” she demonstrates bravado and swag, singing against a chill beat and finger snaps. With a debut outing like this, it’s clear Asaa has the potential to one day reach the levels of her icons.

Q Raqim is just 18 years old, but he has a voice and style far beyond his years. Take a listen to the seductive “Good,” where the Brooklyn singer croons, “I can be good to you.” On the old-school “Stay,” Raqim sings, “Baby it’s getting late / You should just stay”—you will find yourself asking, “Only 18, huh?” Days Til NevvvaLand is a fantastic debut, revealing a talented young voice with a fully realized sound.

Louisiana’s Staci Jackson brilliantly sets up Keep the Peace with the raucous, chaotic, and aptly titled opener “Noise.” “Flower Power” is a quiet, meditative track that summons the power of appreciation for mother nature. “What’s that over there?” Jackson sings in a rich, captivating voice. Title track “Keep the Peace” is a mantra set to music. “Don’t give up,” she sings in a voice that moves in and out like rippling waves. It’s the perfect EP to help you shut out the world.