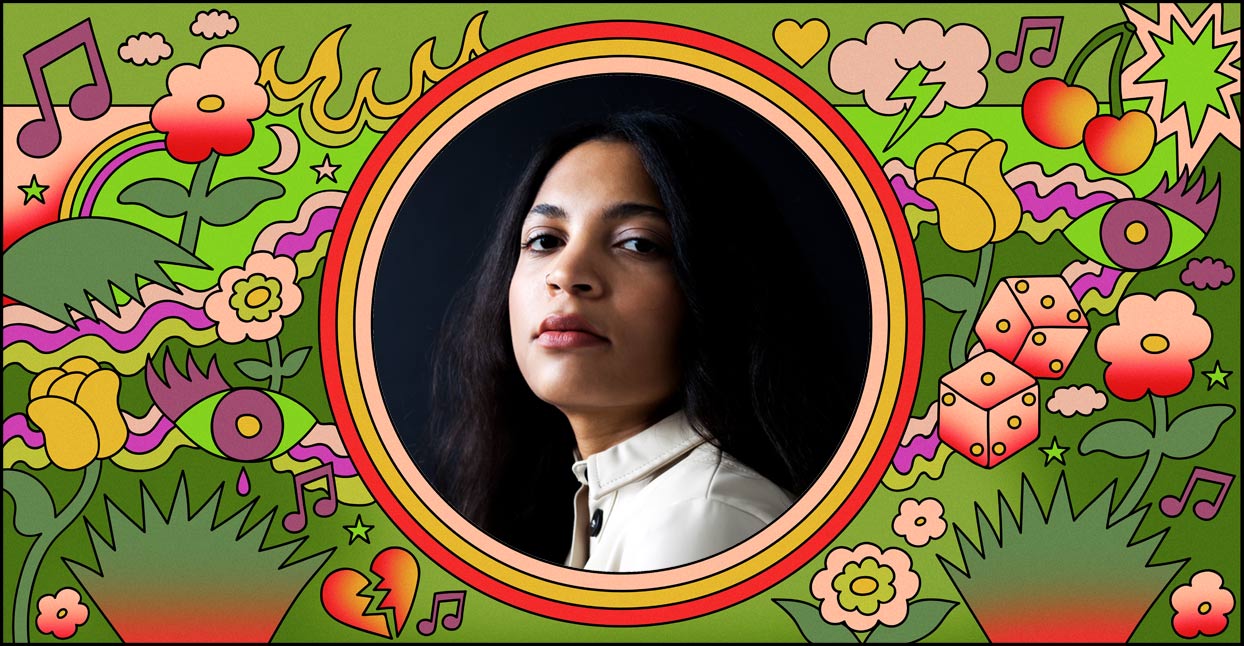 This month’s Best of Soul  features vocal adventurists, from the fearless Majja on Concrete Roses to Lady Frequency’s discordant, dynamic sounds. This group of artists encompass contemporary soul at its freshest.

After just one listen to her track “Black James Dean,” it’s clear Majja has the “it” factor. With a vocal flow that quakes with an MC’s bravado, the London-based artist sounds like a pitched-up Erykah Badu gone rogue. “Oh, yeah, I’m selfish,” she sings in her piercing, soulful voice on “Concrete Roses,” “I put myself first, I put my mind first.” It’s one of many places where her unapologetic lyrical swag strikes hard. On “Black James Dean,”  Majja’s evocative lyrics are paired with distant, cold beats to striking effect. On “Beach Rats,” the wild, irreverent energy of the previous tracks is subdued, revealing a sophisticated vocalist whose lively flow bounces beautifully atop jazz production. A star is born, and her name is Majja.

The airy, jazzy soul of London-based composer and singer-songwriter Sans Soucis is captivating. Bright and powerful album opener “Unchain” sounds like its title—free and boundless. Soucis never sounds rushed; her strength is in the confident way she allows her songs to unfold. The music of “Moon Shows” is soft and hushed—a striking contrast to her lyrics, which detail a toxic relationship with a lover who blames Sans Soucis for all that’s gone wrong. “I trigger all you say,” she sings with the resigned tone of someone who’s over the drama. The luxurious “The Lover” sounds like a meandering, modern jazz classic. Soucis’s influences include fellow Brits Laura Mvula and Lianne La Havas, as well as Fatoumata Diawara, and she has infused these disparate but equally stunning influences into a sound that is all her own.

Peru-via-Montreal duo Tremendum didn’t intend to make music together, but thank goodness they have. After being recruited to sing at a friend’s party, the couple—vocalist Julie Plouffe-Raymond and guitarist David Wade—decided that they had something worth putting on wax, and Tremendum was born. There’s a hard-earned wisdom to Plouffe-Raymond’s voice that is moving, lending itself well to the blues, jazz, and folk styles the group pursues. This is perfectly showcased on opener “Overflow,” where she manages to channel a flurry of emotions all at once: hope and pensiveness, worry and wisdom. “You tried to hold me / Chain the wild animal, that you’re afraid to see in yourself,” she sings. “Finally” weaves Afro-Latin inspired vocals with cool indie-jazz, spectacularly unfurling and accelerating as Plouffe-Raymond questions why we’re all trapped by a system that oppresses and often stifles our growth and happiness: “Too often we follow the rules that was given to us like diseases,” she sings. Tremendum have a lot of important things to say, and Plouffe-Raymond’s is a thrilling voice to say it with.

The Black Pumas—it’s a surprise that another band hasn’t already claimed that name—have harnessed old-school soul and rock as a foundation for something new, rather than a nostalgic trip back to the vaults of Stax and Motown. The dynamic Austin, Texas-based duo is comprised of Grammy Award-winning guitarist and producer Adrian Quesada (Grupo Fantasma and Brownout) and vocalist-songwriter Eric Burton. Burton’s robust voice has a bit of Al Green’s inflection to it, and a flexibility that moves from plaintive and gentle on tracks like “Know You Better” and “OCT 33” to fiery and raucous like on “Black Moon Rising.” Burton could probably sound great singing anything, but much credit must be given to Quesada’s production, which forms a lush cocoon; the big horns, woozy guitars, and overall production lends shine and uplifts Burton’s strong voice.

A glittering wildness—that may be the best way to describe the unique world Lady Frequency creates on Hardcore Gentleness. Hailing from Ventura, California, Frequency is a self-taught musician whose style is both opulent and unpredictable. She’s not afraid to bring some over-the-top R&B drawls and exaggerated pauses out on tracks like “Kaiyote Cries at Night (Ode to Hiatus),” “Caliber,” and “Oil and Water.” The whimsical, dreamy sound of “Hawthorne” and the twinkling synth piano of “Tokyo Rose” is where one gets the best understanding of her sense of playfulness. Frequency is dialed into her own frequency for sure, and it’s one that’s worth tuning into.