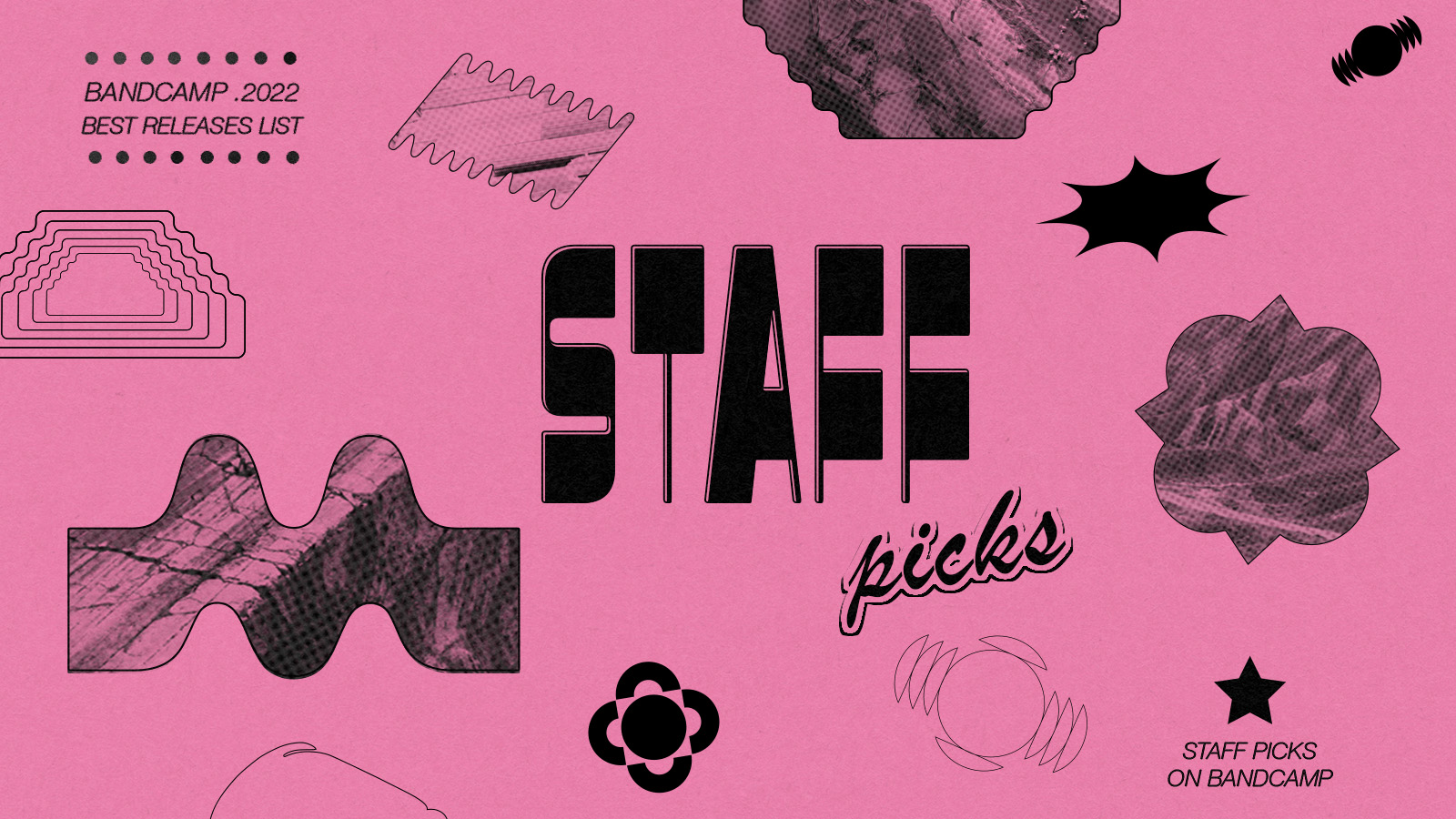 I have this fantasy that I like to entertain when everything becomes too much for me to bear. In it, I manage to disappear without a trace, resurfacing many years later with a big beard and a new name, working behind the counter of a 7-Eleven in Nebraska. Occasionally, someone I know from my old life will come in to buy a Mountain Dew Fruit Quake or a pack of Big League Chew and they will kind of squint at me for a second in vague recognition before shaking it off and leaving with their items as I smile placidly back.

The big problem with this fantasy is that I love my wife, and I hate Nebraska. So I disappear into music instead.

This year, I found refuge in the mushroom-gobbling surrealism of Estee Nack & al.divino on Triple Black Diamonds 2, in the mystery of Nancy Mounir’s Nozhet El Nofous and in the unbridled joy of Sudan Archives’ masterful Natural Brown Prom Queen. I returned again and again to aging icons who remain committed to their vision—the underrated genius of Kurt Wagner’s Lambchop, who have never made a bad record; the humbling tenderness and optimism of Terry Scott Taylor’s This Beautiful Mystery; Dan Bejar’s Destroyer, and the wit and brilliance of his koan-like lyrics; the God Horace Andy—still with us, still peerless in his haunting sound.

One of my greatest day-to-day struggles is trying to live in a way that reflects what is known—amongst people who know these kinds of things—as “the fruits of the Spirit”: love, joy, peace, patience, kindness, generosity, faithfulness, gentleness, and self-control. At its best, music helps me get closer to that goal.

Life is a mystery, everyone must stand alone. We could trade places, get lifted in the staircases. Withdrawal in disgust is not the same as apathy. Jeanne Dielman is, indeed, better than Vertigo.

Remember that brief feeling of “Hey, maybe we’re looking out for one another, maybe a little bit” we had in 2020? 2022 would like to set that on fire completely. Just burn it to a crisp. We’re all out for ourselves, baby. Railroad workers asking for dignity and safety protections at work? Nope! Die on the job, and take your coworkers with you while you’re at it! You don’t want to be murdered by cops? Well, we’re turning cop murder duties over to the robots. You can’t take a robot to court, after all.

Billionaires ruin everything halfway decent. It’s just what they do.

Look, I know this is bleak. And I don’t want to get into what it feels like to be disabled, trans, queer, Jewish, and born with the wrong reproductive system in the U.S. right now, because we’re far from the only people who have it bad out there, and reducing things to state-constructed identity categories is only helpful in deep context with appropriate power analysis. But it was kind of a hard year to feel like I had a place anywhere, because this society is so hostile to my existence. It’s exhausting and I’d rather be thinking about anything else, honestly. Too bad, so sad.

Despite that, I grew immensely this year in ways too personal to catalog here. I continue to be thankful for this team, on which I have been for nearly seven years at this point—the Daily is almost seven years old! The Daily is ready for second grade! This thing’s ready to build a volcano at its elementary school science fair. It’s asking questions about God and death and reality.

We know we can always push ourselves, always do better, particularly in our international representation, which is something that really matters to me—being an English-speaking team located in the imperial core obviously limits us in many practical ways. But I continue to be proud of us, in our limited human capacities.

My band made our debut record this year, and then the great Drunken Sailor label put it out. That whipped.

Please take care of one another as much as you can. Keep loving, keep fighting. That is all I ask. Oh, and read Health Communism.

Here are 25 records I loved that do not appear anywhere else in our Best Of coverage (genre columns and other editors’ picks included). Gorgeous, ugly; furious, contemplative; soothing, challenging—it’s all here, all brilliant.

I hate everything, but here are a few records I enjoyed this year.

This was mostly a good year. My debut book of poetry was released this month. Here’s the music I listened to along the way.

This is usually the part of the year when music writers break out the cultural analyses, geopolitical insights, and/or spicy personal anecdotes they’ve been cooking up over the past 12 months: a smorgasbord of discourse that’s deeply enriching, but—like most all-you-can-eat feasts—inevitably overwhelming. Obviously, I consider myself neither a philosopher nor a historian; I’m just an immensely lucky music nerd who happens to work with some of the most talented cultural critics around. Moreover, I’m assuming y’all are just as eager as I am to put this strenuous year behind us. So without further ado, dear readers, here’s what you came for: the 22 albums that made my ’22′.

“We’re All Entertaining Each Other While The World Burns.”

We’ve always been living at the end of days, that’s why we need a good soundtrack.

Music is, above all, experiential and I feel very grateful for the experiences I’ve gotten to have with music and just life in general this past year. From seeing Ebo Taylor live to soundtracking long drives upstate with a new love to falling in love with friends all over again, these albums colored the best of this year.

Let the sun shine in.