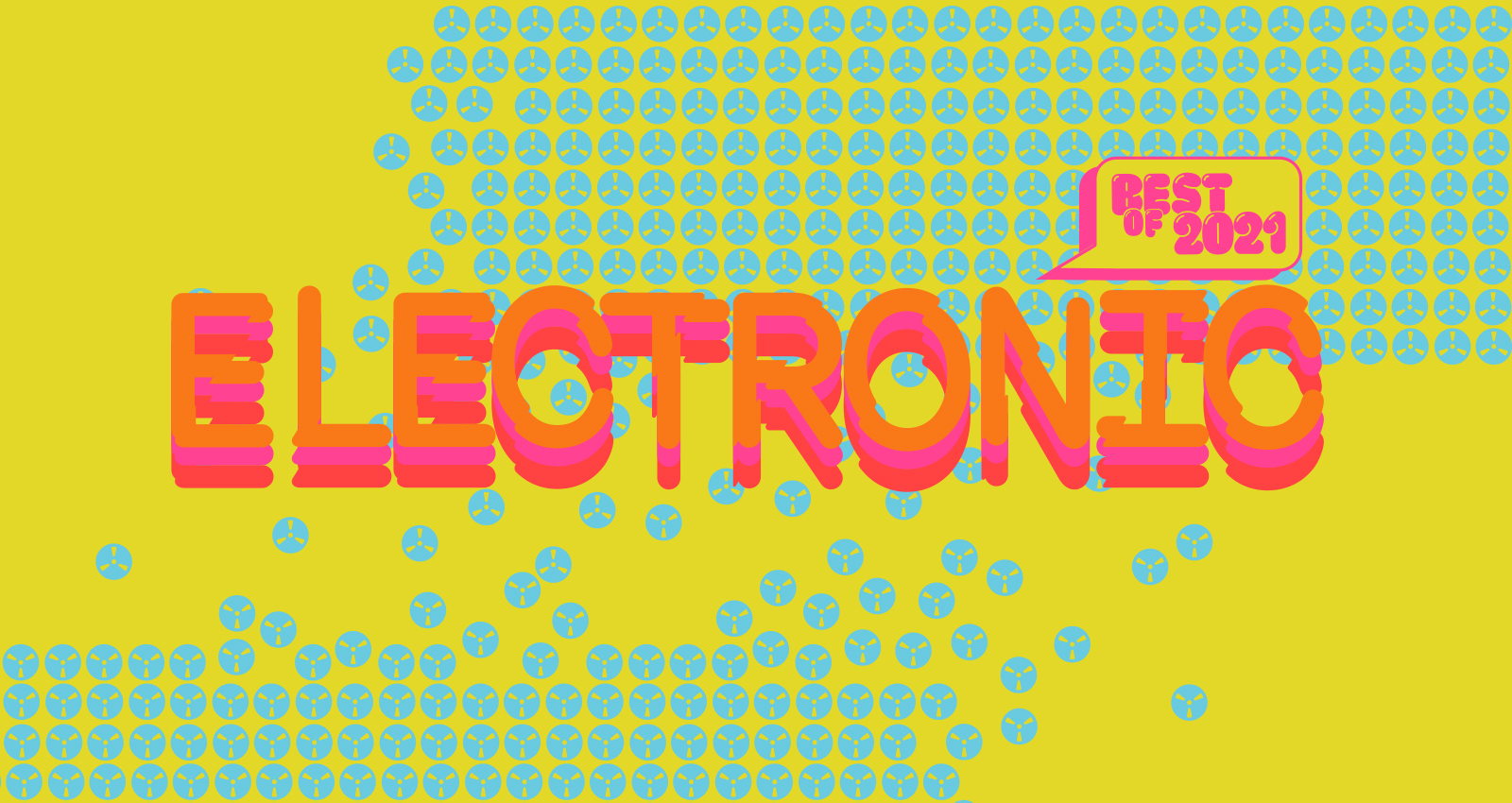 Confusion reigned in 2021. A post-COVID world seemed to beckon, and events restarted in earnest, redoubling people’s passion for gathering and dancing, but with little clarity about how long it would last. The intensification of our online relationships in lockdown led to an ever more connected and collaborative world—one bubbling with the possibility of both renewed creativity and of entrenched tech-bro exploitation. The melting of genres and deconstruction of the future-vs-retro dichotomy continued apace as well.

The only thing certain among all this, is that there is no “New Normal.” And that, at least, leaves the way open for exploratory musicians to turn any way they wish. That can breed uncertainty too, but in the concrete form of truly extraordinary music, it’s at least bearing fruit. While there is a little straight-up techno in the mix here, for the most part, this year’s greatest records defy category in the most spectacular ways.

Beijing’s Howie Lee already has an enviable catalogue of avant-club music of all flavors, often incorporating elements of traditional Chinese music into his work. But this album is a quantum leap forward: Not only are the club elements—from grime to glitchy IDM—and Chinese classical, folk, and pop all perfectly fused, but jazz-funk, easy listening, and a whole lot more is woven in as well. And, crucially, no element is predominant. All are perfectly balanced in support of Lee’s own dreamlike sci-fi vision.

Though she has been, by her own account, creating music through a period of intense personal struggle, Chicago’s Jana Rush has made not one but two of the greatest albums of the year. One, a limited tape, is pure abstract groove; but Painful Enlightenment, as its name suggests, is a fiercely cathartic experience. Densely packed with manipulated samples—porn, sci-fi movies, discordant jazz, found sound—it convincingly represents a hallucinatory, dissociative state. And yet it still kicks with all the physical power of Chicago footworking battles. A dark masterpiece.

It’s been a roundabout route to public appreciation for producer Karen Nyame since she first emerged in the UK funky scene at the start of the ‘10s. She’s finally beginning to get the support she deserves, and this EP is her calling card. Joining the dots between England, the Caribbean, the U.S., and West and South Africa—with vocals in English, Twi, and Zulu—it’s a glorious map of African diasporic influence, and a signpost to the music of the future. It completely rejects any false dichotomy between pop and the underground, succeeding dazzlingly on levels that are both instant and very deep.

They may be only 22 years old, but D. Richardson—aka twofold from Georgia—has a sound that’s startlingly mature. Over three EPs this past year, they’ve managed to create twists on the club sounds of Baltimore, Philly, and Chicago that simultaneously amplify their rawness and deliver incredibly finessed sonic experiences. As the release page says: “Queer Black art defies categorization.”

Made in a refugee center miles north of the Arctic Circle, by a Syrian musician escaping the horrors of the Assad regime which killed his cousin, Sandbox is one of the most bittersweet musical experiences of 2021. Broadly ambient, the album has a grasp of alien textures—the way microscopic details can have powerful effects—that rivals Burial and Boards of Canada. It is genuinely gorgeous in its world-building, but there’s a hidden emotional complexity that can catch you unawares—and hit you very hard when it does.

One of the most straight-up fun releases of the year. Canada’s LNS and Norway’s DJ Sotofett are broadly rooted in techno, but as the graffiti-style artwork signals, there’s a huge amount of electro in operation here—with lots of melody, rubbery funk, and bodily bounce throughout. It’s extremely “live” in feel, with a lot of dub reggae tweaks that add to the unpredictability and groove.

Zulu musician Toya Delazy has been smashing down musical and cultural boundaries with aplomb. From laid-back grooves to almost 200bpm, from hefty pounding to extraordinarily complex polyrhythms, her beats and rhymes are multilingual, multicultural, multidimensional. There’s a confidence and elegance to it all that it is simply regal.

Twenty-five albums in, the Chilean-British producer, now resident in Copenhagen, continues pushing at the boundaries of techno. Made in lockdown, Rebirth of Wonky questions the nature of dance music itself: rhythms slip and slide out of grids (the “wonky” rhythms of the title), and there are moments that feel more like Autechre, or Japanese noise rock; every structural shift is an unexpected one. But even at its weirdest, it still has Vogel’s history with clubs and soundsystems in every molecule: turn it up and for all its complexity—it’s a gloriously pleasurable experience.

Chantal Passamonte, aka Mira Calix, has long leaned into the abstract; much of her work has been in the world of gallery installations, and as such, her music is very rarefied. But lately, she has been fired up by Brexit, Trump, and British conservatism and has instead opted for directness—and this album reflects that shift. Starting with fragments from her older works, and inspired by the collage methods of Dada, post-punk, and postmodernism, she’s built a fantastically fun, spiky, strange, statement record that reminds us just how personal and political electronic music can be.

“Ambient jungle” is a phrase that’s never really had the greatest rep—but Ludvig Cimbrelius doesn’t care one bit. On this record for A Strangely Isolated Place—the esteemed L.A. label for all things atmospheric—he’s ramped up both the “ambient” and the “jungle” aspects to sublime effect. The rhythms are complex and riotous, but they feel like some elemental process taking place thousands of meters up (perhaps in the titular iridescent clouds), surrounded by layer upon layer of mist and radiance.

Another club veteran, Luke Slater has been at the techno forefront for over three decades now, but his passion is absolutely undimmed. This is all-caps TECHNO, as hinted at by the directness of the track titles: “If I Die”; “Say it Loud”; “One for the Groove.” The grooves themselves, though they’re as finessed as they should be from someone with Slater’s experience, have a density and solidity that challenges you to either jump aboard or get crushed.