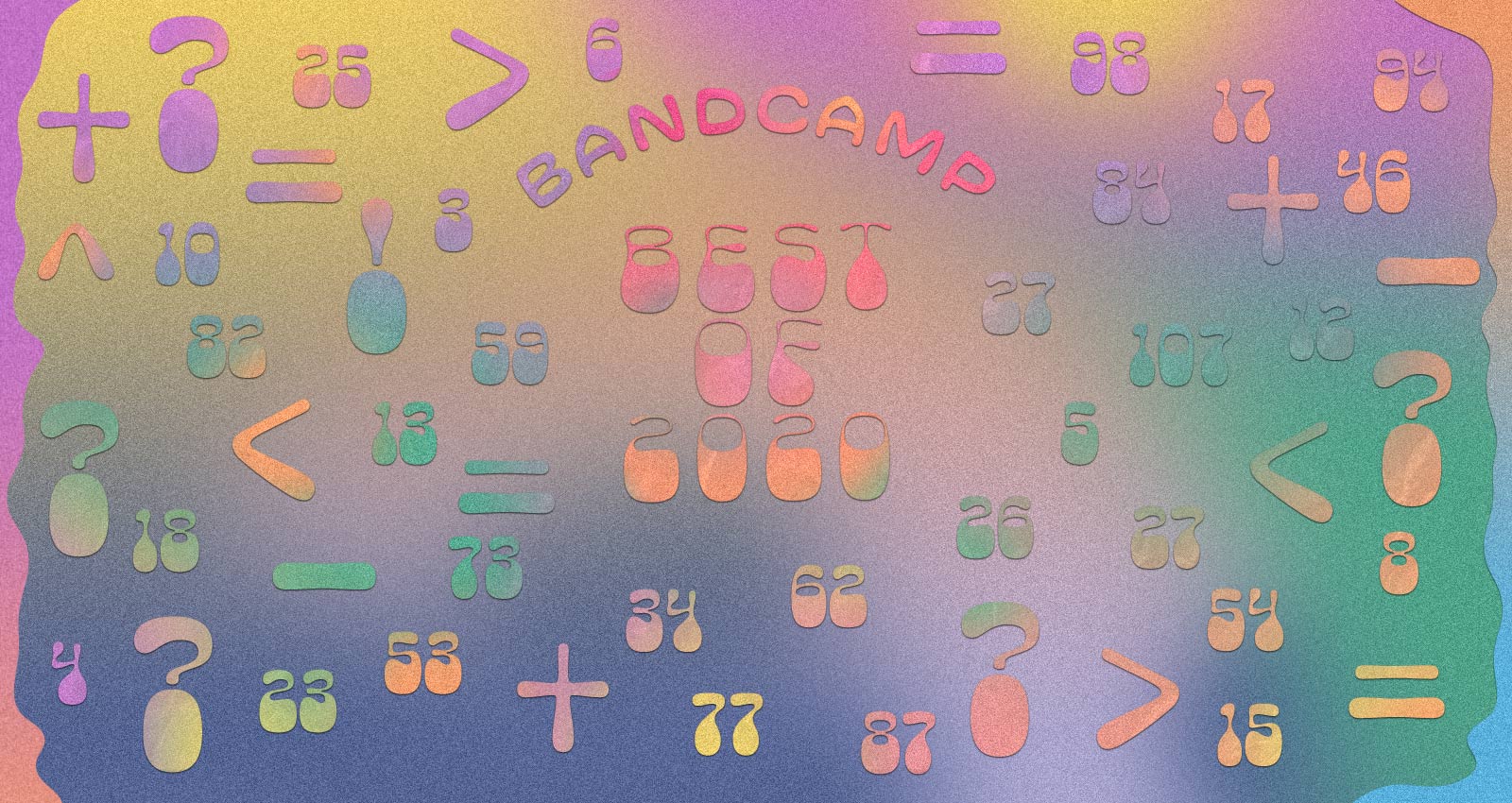 Next week, as we do every year at around this time, the Bandcamp Daily staff will be unveiling our Best Albums of 2020. But this time, that list will look a bit different. Beginning this year, we will no longer be ranking our Best Albums of the Year. Instead, we’re going to present them in five thematic groupings: “Connecting the Dots,” (albums that bridge styles, continents, and generations) “Imagining New Worlds,” (albums that dream of new landscapes, both musical and political) “It Got Heavy,” (albums that are either musically or topically heavy) “Silver Linings,” (albums that spoke of hope & healing in dark times) and an alphabetical list of the Essential Albums of 2020.

At first, this decision was a matter of practicality. In light of the year that we’ve all fought our way through—and certainly some more than others—not a single member of the editorial team had the stomach to start jockeying over the placement of one record over another. It was a lot of fun in previous years to say, “This record is 54, but this one feels like a 55,” but this year, we just couldn’t shake the arbitrariness of it all. And once we started pulling at that thread, we soon found ourselves interrogating the whole process. In the end, we were left staring at the conclusion that the whole affair was founded on profoundly misguided ideas about art. For years I’ve argued that what you’re really trying to do with any Best of the Year list is to tell a story—which I still believe is true. But if all of the albums taken together tell the story of the year, why does it matter the order in which they are presented?

I generally loathe any form of criticism that approaches excellence as a simple matter of quantification—if I wanted to deal in absolutes, I would have become a mathematician, not a music critic. I love a good-natured argument about the “good”ness of one thing vs. another—a spirited bar discussion about the “Top 5 David Bowie Songs,” for example—but what is deeply meaningful to one individual could be empty to another, and neither opinion is right or wrong. That’s the point. When you assign something as hard-coded as numerical rankings to works of art, you start moving out of the realm of subjectivity, and into the realm of codifying taste. But that approach is doomed to failure, because creating objective metrics is not the goal of the critic. What’s interesting about criticism isn’t the Final Judgment—it’s not the numerical score or number of stars. What’s interesting about criticism is the argument. But, if all you’re arguing about is whether or not something deserved to be 17 instead of 27, you’re not really arguing about the substance of the art at that point—you’re arguing about numbers.

Which brings us to our decision to do away with a ranked list. The more we wrestled with these ideas, the more one fact kept drifting into view: We all do ranked lists every year because all of us have always done them—to the point where we’re simply doing them out of a sense of audience expectation, rather than a belief that the critical hermeneutic undergirding it is sound. (It isn’t.) The fact is that history decides what the best record of any given year is—not us, and certainly not us at a time when the last 12 months are barely in the rearview. And even then, history is a living thing. It shifts the context of how we hear records—some become more relevant decades after they’re released; some that feel relevant in the moment wane over time. And while I do think it’s important to call attention to records that feel like Significant Artistic Achievements, trying to work out some kind of objective ranking of those records feels delusional at best, and foolhardy at worst. The older I get and the more years I spend doing this, the more those kinds of proclamations feel like they exist to either reify the taste of the people who make them, or to try to “tidy up” after a messy year by manufacturing some artistic locus we can all safely rally around, and feel like we’ve solved the year’s lingering mystery of What Was Good. Then, we can put the year neatly behind us and move on to the next one. But life is messy. Art is messy. Why do we feel the need to impose order on it?

In years past, we’ve had a whole host of criteria by which we judge the albums that made our Best of the Year. Personal taste is one, but so is cultural relevance, inventive structures, new musical ideas, emotional resonance, as well as countless other factors. Those criteria were still very much a part of our discussions around this year’s list. But the minute you start assigning numerical value to those qualities, you start pulling at the bottom brick in the Jenga game. “This album had profound cultural relevance, but wasn’t as musically forward-thinking as this record, which unfortunately didn’t have any political subtext.” Creating a ranked list demands that you decide that one of those factors is more important than the other. And after helming countless Best of the Year lists over the course of my career, the rigidity of that process felt limiting. Art, and criticism, wants to be slippery. So this year, we started with the same big list of standout albums we always start with—except instead of assigning them numbers, we started looking for big shared themes between them, and grouping them together in that way.

Now, look: You could argue that doing any kind of list of “best”s betrays the very spirit of this essay. And I suppose you wouldn’t be wrong. But there was something that felt a bit more honest about saying, “Here are 107 albums that we think are the very best released in the last 12 months, and here is why we think that”—a big, sprawling list that has no map other than your own impulses to explore. Next year’s list might be bigger. It might be smaller. The albums will make that decision.

And for those looking for a definitive statement, here’s one I will stand by: The records collected in these five lists were the ones we couldn’t shake—they were the ones we kept going back to, and which kept rewarding us every time we did. They were records that felt like they reflected this moment in time, or they were records that reinvented what music could sound like or, plain and simple, they were just records that made us happy. In light of the last year: Do we really need a greater metric than that? To quote Mariana Timony, a member of our editorial team: “[Great records] remind us that humans are capable of things beyond the mundane, and that we are more than just a collection of mistakes. Even if a record is grim and dark, the fact that someone had the balls to dream it up, and the determination to see it through—that is an inspiration to us all, especially in a year like this.”

And so, in the spirit of what I believe good criticism to be, we’re not going to drop our year-end list down in front of you with definitive numerical rankings and call it fact and move blithely on to 2021. Instead, we’re just gonna make the argument. And we think our argument for these records is pretty good! But the goal here is to change the Best of the Year from a math equation into a discussion. We look forward to hearing you argue back.