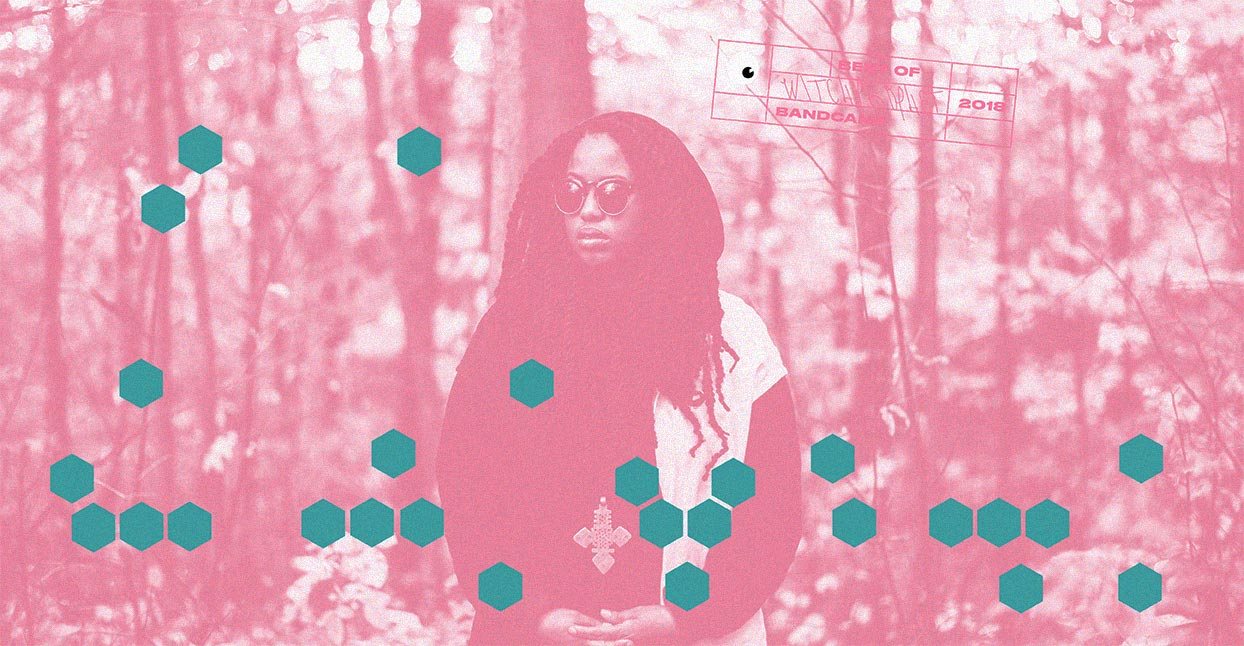 For our “Artist Reflections” series, we asked artists responsible for some of the year’s best records to discuss a topic that’s been close to their hearts over the last 12 months. In this piece, Canadian vocalist Ayo Leilani—aka Witch Prophet—to discuss the long journey leading up to this year’s emotional debut album, The Golden Octave; her upcoming anniversary plans for 88 Days of Fortune, the Toronto-based collective she co-founded in 2009; the importance of raising up women, queer, and non-binary-identifying artists in her hometown and beyond; and more.

When I say that my album, The Golden Octave, was 10 years in the making, it’s literally because I was too scared to share a full body of work for 10 years of being in the music scene in Toronto and in Canada. I would release singles here and there, but nothing that was like…this is my album. It was fear: fear of rejection, fear of failure, fear that nobody would like my music. A lot of it also had to do with the fact that I could not find production that I could use. A lot of my earlier material had this classic hip-hop styles, almost like a mixtape: I’d find a 9th Wonder beat and sing over it, but it was like, ‘I can’t release this for real.’

Over the past five years, my partner Sun Sun had been really pushing me to finish the album and get over my fears. I found a handful of producers who were really eager to be a part of the project. Sun Sun was the main producer; she helped create five of the 11 instrumentals I sang on, but also helped me in terms of not thinking of the album as this one, big thing, but rather to take it one step at a time, one song at a time.

That’s really what helped me overcome the fear of doing this large-scale project. I applied for a lot of Canadian Arts Council grants for funding, but didn’t get them—so I was lucky that the producers that I worked with were happy to just get a cut of publishing and online sales, rather than upfront fees. (I still plan on applying for grants for future projects, though, because getting a lump sum of $10,000 is a lot better than taking it out of your own pocket, which is what I had to do.)

Before the album dropped, I was really close to going back to catering gigs, which is what I used to do. It killed me, working in catering, the long hours spent on my feet; I never got to pursue my music. Three or four years ago, I quit to focus on music full-time, working to get any bookings or licensing deals that could help me raise money: just kind of living on the edge, teetering on poverty. Financially, I’m definitely not out of the woods—but being an artist is more fulfilling than working a 9-to-5, even if you’re never not working. And I love it. I love music. I’m willing to put in the work and sacrifice a lot of the things that I would normally be able to do if I had a full-time job by just focusing on music.

I think the number one thing that’s kept me going is that I get physically ill when I’m not doing music. That’s happened with every other job I’ve had, including the catering gig. I know how my body reacts, and I can’t not do art: this is what I have to do, and the arts are where I belong. Whenever people write me to tell me that my songs—especially ‘Listen,’ which deals with themes of mental illness and suicide—have touched them, I’m always a little surprised, because when I write, I’m not thinking about how it’s going to affect other people; I’m thinking about whether or not it heals me, and in that aspect, maybe it’ll heal somebody else. I’ve also had people hit me up to tell me the opposite: one friend told me that they were really nervous about listening to the album at first, because they knew that it contained ‘Listen’—which I had dedicated to them—and they’d struggled with those same issues.

But my friend did listen to the album. And and they loved it. They even sent me a video of themselves crying and singing along. I’m tearing up just thinking about it: I’ve always wanted to create something that would touch other people, and not just make them want to dance and party. (That said, I’d love to make a dance party record! It’s just not something I can do right now, because I have my own issues, and until I get to the point where I don’t have anything to deal with except what I’m going to be wearing on Friday night, or who I’m going to dance with, my songs are going to be pretty, uh…intense.)

I’ve also had people say—before even listening to my music—that my stage name alone frightens them! ‘Yeah, your name really scared me,’ they’ll say, ‘but then I listened to the songs, and they really touched me.’

I think that speaks to how we’re so afraid of powerful women; it’s why women were called witches to begin with. It’s always interesting, the perception people have on the basis of name alone. No, I’m not going to put a curse on you.

When I was growing up, my mom always asked me if I had a plan B if music didn’t work out; I’d always say, ‘I don’t want to focus on a plan B because then I’m not one hundred percent on my plan A.’ In a way, she was right. My plan B, in terms of thinking of the future, is having a label and helping other artists so they don’t have to struggle the way I did as an independent, self-made musician. When we started 88 Days of Fortune, in 2009, there was no platform that specifically showcased women or queer people or non-binary people in Toronto’s hip-hop, R&B, and urban scenes, which were very separated at the time. We started out as a boutique label that also did bookings and showcases, as well as PR. Things change, and people change, and you change along with them. If you don’t, you become stagnant. There are other organizations in the city who don’t recognize that growing with the scene is better than romanticizing one part of it.

That was really the basis of me recognizing the importance of building community support and creating the scene you want: if someone’s not giving you a platform, you have to build one yourself. Working with 88 Days really showed me just how talented musicians from Toronto (not to mention neighboring areas like Scarborough, and Mississauga) really are, and how we lack the structure and foundation for it. It also showed me the value of my own self-worth, because I didn’t go to school for any of this stuff; I just learned it along the way. In the beginning, I was more timid—’I’m doing this thing, I hope you like it!’—whereas now, I’m like, ‘I helped shed a spotlight and provide a platform for this scene that was already here that nobody was paying attention to, and I’m proud about that.’

2019 will mark the 10th anniversary of 88 Days of Fortune. For our 10th year, we’re really focusing on organizing the business better. As such, 88 Days has transformed into Heart Lake Records, which is the record label, and Fortune Bookings, which is our bookings agency.  It’s still 88 Days—the same people, the same mission of supporting women and non-binary artists and their allies—just with a name change. We recently purchased a farm just 45 minutes outside of Toronto, and Sun Sun and I spent the past year or so renovating the farmhouse; our plan is to make the main floor an artist residency space, as well as a place to hold events. Additionally, we’ll be launching a outdoor music and arts festival next summer, which will also double as the launch of the label: the Heart Lake Music & Arts Festival.

One of my main goals with The Golden Octave was to challenge people’s perceptions of black women as artists—not just in terms of what they can sing about, but who they are onstage. Looking back, I think I achieved that, at least to some degree. Most of the songs deal with existential questions, and they’re not necessarily love songs: this album isn’t exactly what most people would consider R&B. And with regards to the Canadian music industry, I think I have definitely changed people’s minds. I’ve been invited to play over 30 festivals, many of which featured predominantly white audiences, and relatively few hip-hop acts; I was on the cover for NOW, one of Toronto’s biggest weekly magazines.

On the other hand, there are plenty of people who don’t get it. Sun Sun DJs during my live show, so whenever we’re onstage, we’re automatically treated as a hip-hop group, even if I’m singing a folk song. I’m still recognized as an R&B or hip-hop artist, which I definitely am (although I go back and forth on it), but I want that definition to be expanded, or at the very least, for people to acknowledge the legitimacy of having a DJ onstage. All said, I do plan on growing my stage performance to include live musicians in the future once I have the money to support them.

All of the things that have happened to me this year—from the album, to the tour, to the press—I did as an independent, self-managed artist, with no PR, agent, or anything. I’m so grateful for all the editorial teams that put me on, and I’m also grateful for Bandcamp (for real, I always tell people how great the platform is!). A new Witch Prophet album is on the way for 2019, so be on the lookout!

-As told to Zoe Camp