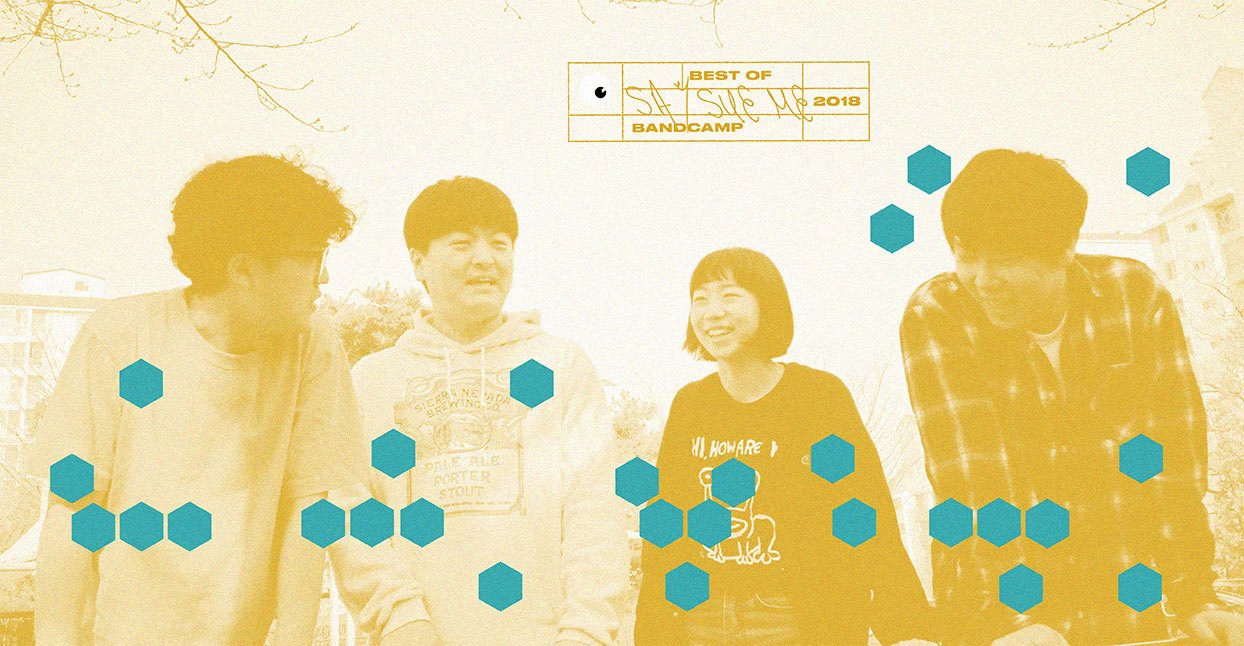 For our “Artist Reflections” series, we asked artists responsible for some of the year’s best records to discuss a topic that’s been close to their hearts over the last 12 months. In this piece, Say Sue Me discuss the ups and downs of making music their job.

In 2018, we committed to being full-time musicians. It’s been a little daunting, but we actually don’t feel like a different band from last year—that’s the most important thing. We had so many gigs this year, over 100! But that’s what we aimed for when we decided to go full-time. It went as planned, and we knew 2018 would be a good year for us.

Releasing our second album, Where We Were Together, was a key moment. We are so proud of how our record turned out, and we’re really happy with how well it was received. We’ve also been planning our Christmas EP since 2015, so we’re excited to share that!

This latest European tour had some bad luck moments, but it made us stronger. At the start of tour, our bassist Jaeyoung had to fly home for a family emergency. When we arrived in Milan, we fell victim to a tire-slashing scam, and our personal bags got stolen along with all of our income from show fees and merch sales. That was really difficult. But mostly, the shows and people we met were good and kind, and lifted us up. We just had to power through.

We played with Snail Mail and Japanese Breakfast. Japanese Breakfast’s show was really inspiring. We met Markus from The Notwist during our May tour in Munich when we played with Alien Transistor. He is a Say Sue Me fan, and that was very cool for us. Sooyoung Park (of Seam, Bitch Magnet, Bored Spies) emailed us, too. We are big fans of his, so that was really nice for us as well!

When we played in Leicester, U.K., a guy told us the story of how he had sent the lyrics to “But I Like You” to a woman he liked to ask her out. He was soon to go on a date with her! That was very moving for us. We hope the date went well!

In 2019, we want to start work on our third album, but that will take time. We also plan to tour more. We are touring Japan for the second time in January, and we’ll be playing SXSW for the second time in March. Our guitarist Byungkyu learned how to record properly this year. He learned new sound engineering skills by himself now (as a new hobby!) and also had some pointers from Mushroom Recording Studios so we think this will really show in our next release.

-As told to Mariana Timony