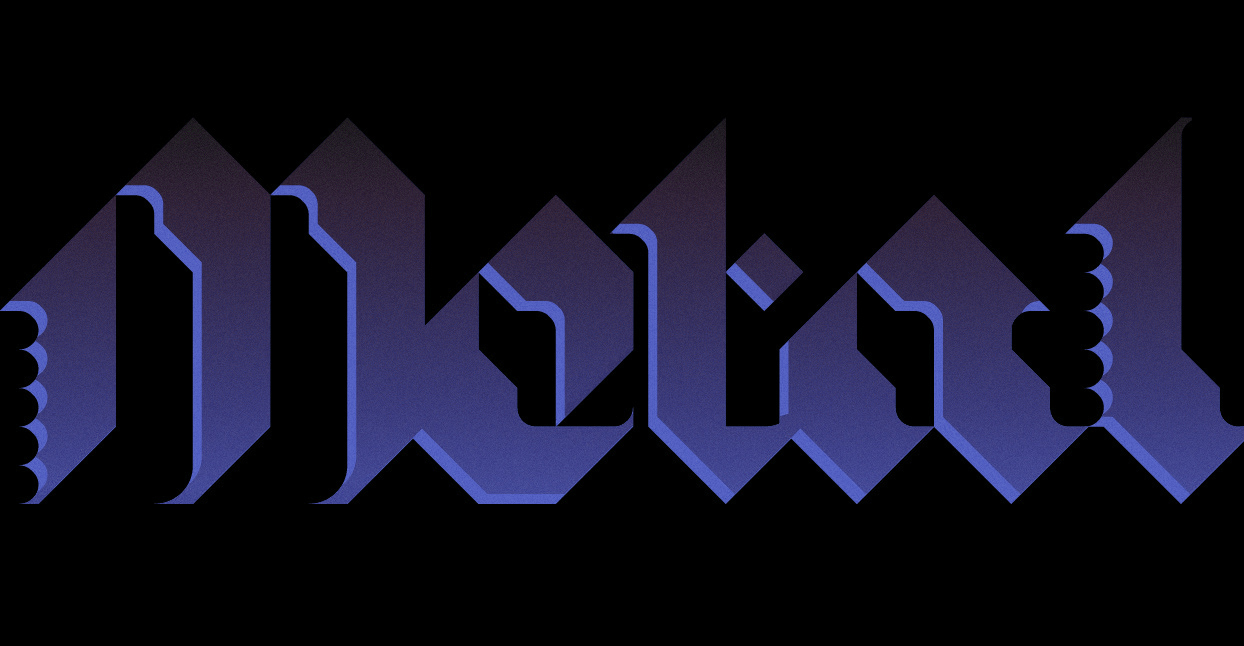 Historically, metal has often cast light on the ugliest parts of the human experience, and many of February’s best metal albums seem to reflect back the darkness of current events—or to confront it. In this month’s roundup, we see the world through the jaundiced eyes of blistering crossover from Texas, pitch-black death metal from Portugal, meditative doom metal from Chicago, and more.

At the risk of sounding hyperbolic, let me assert something here: Power Trip is one of the absolute best metal bands in the world right now. Their new album, Nightmare Logic, is a goddamn unstoppable force. The eight crossover anthems that comprise its 33 minutes showcase the band’s relentless, full-throttle aggression, but they also serve as stealth delivery vehicles for an almost unfair collection of hooks. This is hardcore-inflected thrash metal as composed and performed by great pop songwriters. Nightmare Logic would still be excellent if all Power Trip did was sew together its chugging Cro-Mags riffs and frenetic Slayer solos and call it a day. The fact that its songs will all get stuck in your head, too, makes it transcendent.

Sometimes it seems like instrumental metal bands have to work twice as hard to earn half the credit from the metal establishment. Case in point: St. Petersburg, Florida’s Set and Setting are somehow self-releasing their third record, when it’s one of the best albums in its genre, ever, standing tall alongside masterpieces by Pelican and Russian Circles. The guitars on Reflectionless effortlessly transition between shimmering post-rock crescendos; bludgeoning, down-stroked riffs; gorgeous, melodic solos; and delicately picked interludes, buoyed by a telepathically locked-in two-drummer rhythm section. Vocals would only get in the way.

“Heart Girt with a Serpent,” the opening track on the debut album by the hooded, anonymous Portuguese death metal collective The Ominous Circle, is the grand annunciation of a foul new evil. With nothing but guitar feedback, drums out of some hellish ritual, and unhinged vocals, Appalling Ascension makes its mission known. This is genuinely unsettling stuff, not cartoonish, horror-movie death metal. It often evokes the same panic-inducing claustrophobia as prime Deathspell Omega or Portal, albeit within more conservative song structures. Of course, any death metal record, even one as dedicated to atmospherics as this one, lives and dies by its riffs. Fortunately, Ascension has riffs for days, ones that most often recall the off-kilter pummeling of early Incantation—only, y’know, even more evil.

Flesh of the Stars: Anhilla

The seven tracks on the third LP by the Chicago doom band Flesh of the Stars aren’t really songs, but movements. Anhilla functions as a single, epic-length piece, and as it moves methodically between its passages, the band achieves something like a meditative state. Each movement builds an immersive world to get lost in, sometimes using just one or two riffs. Sonically, the record has almost as much in common with Popol Vuh and Tangerine Dream as it does with YOB and Om. The guitars carry most of the melodies, but it’s the synthesizers—of which there are many—that make Anhilla such a powerful work.

“Lo-fi black/death metal” tends to call to mind “war metal,” that confrontationally raw microgenre that prioritizes sonic ugliness above all. The mysterious Oaklanders in Funeral Chant play an unapologetically lo-fi black/death hybrid, but the world they conjure on their debut tape is miles from the bullet belts and gasmasks of war metal. Funeral Chant’s use of lo-fi atmospherics is more, uh, funereal, evoking the creaking sounds of an old cemetery chapel. These songs are more than just tape hiss and moaning, though. The band lands on a songwriting template that injects the most driving riffs on Mayhem’s De Mysteriis Dom Sathanas with early Immolation’s murk. The result is a release that feels stuck out of time yet thrillingly alive, a breath of fresh air from the throat of a corpse.

The Great Old Ones: EOD: A Tale of Dark Legacy

There’s no author more beloved to metalheads than H.P. Lovecraft. Hundreds of bands have dedicated songs, if not entire careers, to his work. The Great Old Ones fall into the latter camp — every song the melodic black metal band has ever written is based upon Lovecraft’s stories. On EOD (“Esoteric Order of Dagon”), the Frenchmen power through the corniness inherent in their shtick to make a progged-out black metal epic worthy of late-period Emperor. Even when the songs juxtapose the unspeakable horrors of Lovecraft’s monsters with incongruous symphonic bursts, EOD remains too self-assured to ever fall into parody. Lovecraft wins again.

Don’t let the album cover depicting a windswept field lull you into thinking this is some typically pastoral atmospheric black metal album. Wiegedood has that arrow in its quiver, but the full experience of De Doden Hebben Het Goed II is far more than that. The band shares two members with Oathbreaker and one with Amenra, and that should give fans of those bands a pretty good idea of De Doden’s preferred ratio of pretty parts to ugly parts. Records this aggressive rarely pop up adjacent to the atmospheric black metal genre. For those who have grown weary of that scene, consider Wiegedood a much-needed shot of adrenaline.

Fair warning: Xibalba’s new 7″ might make you run headlong through a brick wall. In just over 10 minutes, the Mexican-American hardcore crew brings out a pile of riffs so gloriously, primordially ignorant it seems to predate spoken language. Diablo, Con Amor.. Adios also raises the question: Is a mosh part still a mosh part if the parts before and after it are also mosh parts? It’s not too interested in answering that question, though. It’d rather beat you down with the Boss HM-2 pedal. Adios, motherfucker. See you in the pit.