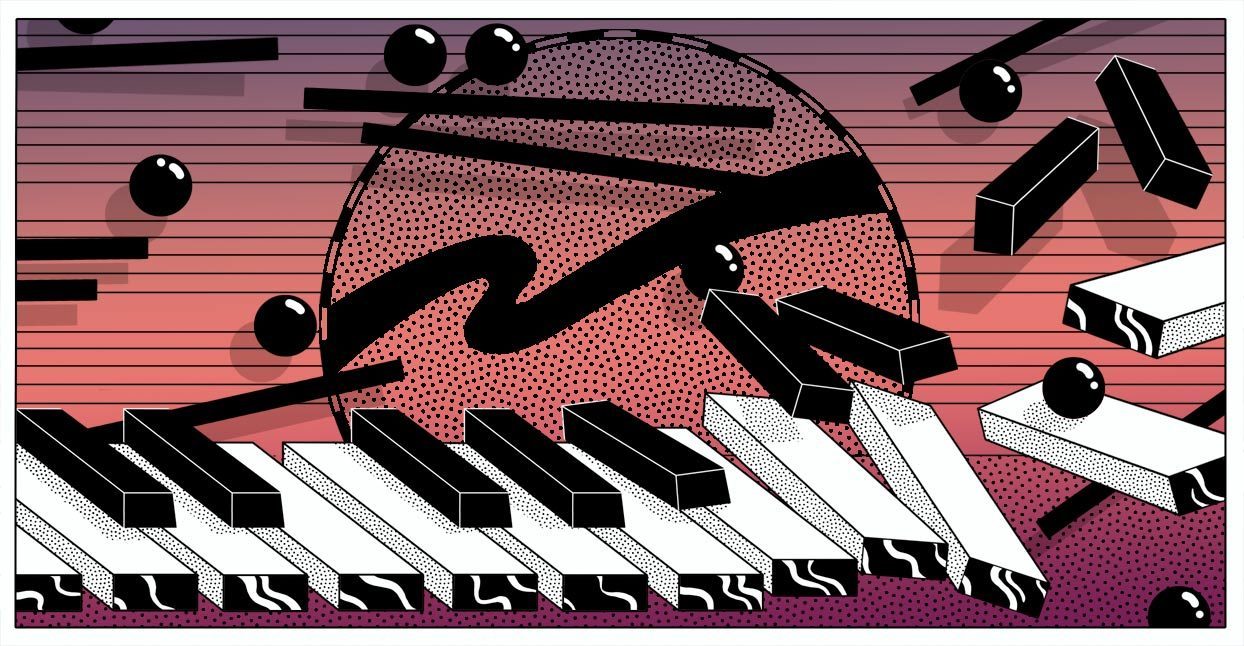 What, you thought you’d get a break? Yes, I know—you saw this column and immediately responded, “Hold on, I’m not yet done going through the Best Of 2018 lists!” Well, sorry; a new year brings new music, which means you’re gonna have to get your second wind before the new year is even 40 days old. The good news is that the new year is starting out strong, and to accomplish your new task, all you’ve got to do is sit back and listen.

Go Get Ice Cream and Listen to Jazz

Meshing other genres into jazz is nothing new to the scene—if anything, it’s an attribute of the genre. But the debut from Kassa Overall is something different; the drummer/producer/spoken word artist creates music as if there were never any walls between the genres in the first place. Modern and old-school jazz; hip-hop and spoken word; electronic accompaniment and organic solos; R&B, rock, and pop—these are all just schools of fish; Kassa Overall is composing in the context of the ocean.

Do Not Be Afraid

At first, it seems as if the trio Vula Viel are pulling you in two directions at once. There’s the hypnotic effect of Bex Burch’s gyil, a Ghanaian xylophone that is the sonic equivalent of skipping stones across the surface of a pond and watching them slowly sink to the floor below. But there’s also the rhythmic catalyst that instrument provides and how, in concert with bassist Ruth Goller and drummer Jim Hart, the trio unleash one infectious groove after the other, instigating the urge to dance. What becomes apparent is that Vula Viel aren’t viewing their music as moving in two separate directions at all; instead, their songs operate in a state of existence where meditative trances descend while the constant motion is maintained. Fans of Portico Quartet should pay special attention to this recording.

Stomping Off From Greenwood

There’s a menacing presence to the new one from Greg Ward. It gets in your face, and it chooses strength over subtlety more often than not. That’s what commands attention. But the slithery tempos and electronic idiosyncrasies are the sources of the album’s charm. Much as he did with his 2016 Charles Mingus project Touch My Beloved’s Thought, Ward deftly applies a delicate touch to a big sound, and by manipulating an uneasy alliance between brutish and eccentric expressions, the alto saxophonist manifests a work of a curiously riveting grace. His Rogue Parade quintet of drummer Quin Kirchner, bassist Matt Ulery, and guitarists Matt Gold and Dave Miller coalesce tiny pools of fascination and immediately go splashing through them.

Jazz musicians, by and large, spend countless days practicing on their instruments, studying the music theory of their art form and the masters who came before them, as well as the counterparts who walk beside them. That knowledge gives them the ability to shape a common language into unconventional sounds that best represent the thoughts and feelings that reside within. On the second installment of the New American Songbooks series, pianists Matthew Shipp, Kris Davis, Matt Mitchell, and Aruán Ortiz who are responsible for some of the most challenging, unconventional music on the modern scene—and yet, the way in which they pour their hearts into renditions of traditional hymns, pop music, and avant-garde compositions reveals that, at the core of their music, are thoughtful, contemplative inspirations that are not so different from those felt by anyone else. The New American Songbooks series is meant to examine the idea of the Great American Songbook and how that translates to the music of today. The performance of each musician on this recording embodies the spirit of the Songbook, and the idea of music possessing a timeless sound that speaks to something universal. I cannot possibly recommend this album strongly enough.

The quartet Al-jiçç embrace a number influences, from the Mediterranean coast to the Middle East, but in the end, they make the distance of the music’s roots seem not so great. With slinky tempos that slide into thick grooves, the quartet of guitarist Nuno Damião, multi-reedist Gonçalo Lopes, electric bassist Ricardo A. Freitas, and drummer-percussionist Jorge Lopes Trigo give the different melodic approaches a bird-of-a-feather quality. About those melodies: the interplay between guitar and bass clarinet, like shadowplay between the sun and shade, results in some seriously absorbing moments.

Music with a sense of humor is fun. It elicits smiles with its eccentric characteristics and irreverent attitude. But at the heart of comedy lies both truth and deeper emotional motivations, and musicians who exploit this can bring those moments to music—somber tones in a chipper atmosphere. Mick Rossi’s Anti-Matter recognize this, and that’s why this group, which is the sonic equivalent of a wry punchline, are also able to incorporate the funereal “Dovebot,” the thick melodic interludes of “Dood,” and the ominous build-up of “Middle of the Middle” without ever risking the loss of the prevailing good cheer. The keyboardist’s ensemble is an all-star cast with reedist Billy Drewes, trumpeter Ron Horton, trombonist Alan Ferber, drummer Michael Sarin, and bassist Michael Bates.

There’s a thoughtful progression to the way Christoph Irniger’s peculiar lyricism reveals itself. The saxophonist bends melody and stretches out a tempo with ease. That he’s able to maintain this approach on contemplative pieces as well as when the intensity rises is that much more impressive… and enjoyable. There are some seriously captivating moments here.

This is sonic moonlight. Its power to enchant is potent, and the exhalations of melody could brighten up the room. Pianist Bram Weijters and trumpeter Chad McCullough have been collaborating for years, and the passing of time has only made their interactions resonate that much more strongly. Their current partnership results in a 25-movement suite inspired by the structure Bach applied to the ordering of Goldberg Variations and The Well-Tempered Clavier. That all shakes out in a series of succinct pieces that reflects melodic imagery back upon itself.

The name Jeff Ballard may be familiar to you as the drummer in Brad Mehldau’s trio. If you haven’t checked out that trio, do that ASAP. However, even his work in that group will not prepare you for his oddball 2019 release Fairgrounds. There’s an otherworldly atmosphere to Ballard’s newest, a lyricism that ranges between curious and alien. The combined efforts of Reid Anderson’s electronics and pianist-keyboardists Kevin Hays and Pete Rende create massively intriguing textures; their effects are amplified when guitarist Lionel Loueke bounces melodies off their surface. There is nothing normal about this recording, and its end result is thrilling.

The fact that the misshapen version of “Giant Steps,” which sounds as if it was composed by Ralph Steadman, isn’t the strangest thing on BS10 Live in Pisa should give you a good sense of what you’re in for. Beppe Scardino’s dectet is rich with talent from the Italian scene, with names like Piero Bittolo Bon, Simone Graziano, Gabriele Evangelista, and Dan Kinzelman among the personnel. These are all musicians who have made a career out of scarring melodies, warping harmonies, and brutalizing the physics of rhythm to their liking. Six wind instruments give the music a big sound, while guitar and the rhythm section sets everything on fire. Free and wild and fun.

The Destination: Out crew is about as fine a curator of out-of-print avant-garde and free jazz recordings as they come. This 1998 release from Peter Brötzmann, Toshinori Kondo, William Parker, and Hamid Drake is as crazy as one would expect from those musicians, but there is a focused wildness directing the lyricism that makes it easy to absorb its total expanse of expressionism. Also, it’s just plain fun.

This one-hour improvisation of guitar and tabla from Ross Hammond and Sameer Gupta is equally thrilling and enchanting. It shifts between influences and expressions like a flock of birds riding the wild currents on a windy day, and there’s a certain peacefulness to be gained from that. When things get to be too much, this album is your refuge.