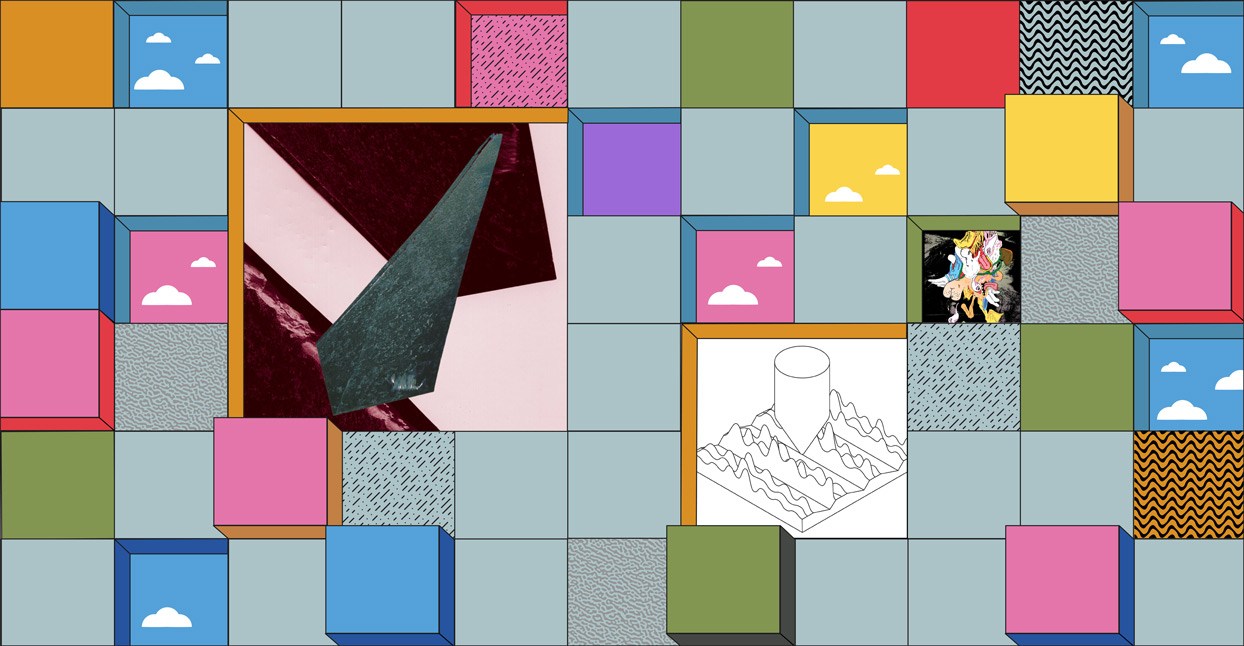 All kinds of experimental music can be found on Bandcamp: free jazz, avant-rock, dense noise, outer-limits electronics, deconstructed folk, abstract spoken word, and so much more. If an artist is trying something new with an established form or inventing a new one completely, there’s a good chance they’re doing it on Bandcamp. Each month, Marc Masters picks some of the best releases from across this wide, exploratory spectrum. October’s selection includes sound made from silence, gripping guitar-violin duets, memory-tinged narratives, and music unafraid to call itself stupid.

According to press materials, the title of Ale Hop’s new album Apophenia means “the tendency to perceive connections and meaningfulness in random noise.” While many possible patterns can be found in eight tracks by this Peruvian-born, Berlin-residing artist, nothing here feels random in the slightest. Hop constructs musical staircases out of subtle samples, shifting electronics, and her active electric guitar. Some of the pieces on Apophenia are so well-structured they even have discernible rhythms, but the point seems not to be how random or controlled any given track sounds. Instead, it’s about how music that’s both carefully-made and open to chance can produce mini-narratives, vignettes that sound like windows into something larger.

Two veterans of noise, drone, and other fine experimental avenues come together for over 45 minutes of dense, constantly-moving dissonance. Endless Parabolas offers two side-long pieces, both lasting over 20 minutes, and both traveling far distances without ever jumping around. There are subdued moments spread around Bassett and Bellerue’s activity, but the main attraction here is the more aggressive, harrowing stuff—the kind of sheer, drowning din that’s easy to get lost in. There’s a bit of a black metal tint to these onslaughts, as if the pair have drilled to the core of extreme music and struck a vein. But ultimately, Endless Parabolas floats free of stylistic constriction, more reflective of the unique visions these two have brought to all their devout work.

In 2013, Stefan Goldmann made a literally empty album. Ghost Hemiola consists solely of sound-less locked grooves; when you play it, all you hear is the physical record’s surface noise. Now Maria Chávez, best known as a wildly-inventive turntablist, has used Ghost Hemiola as source material, isolating small sounds and using digital editing and effects to wring full-bodied art from them. Over an hour of uninterrupted music, Chávez turns milliseconds into mountains, crafting arcs, bridges, waves, and tempests. It’s far from maximalist music—much of Plays is distant and sometimes nearly silent—but it always feels busy, as Chávez’s meticulous approach keeps spurring new sonic events. It’s the equivalent of tearing up a blank canvas to make a new painting, and few could turn such a conceptually-rich exercise into compelling listening as well as Chávez does.

I listened many times to Whettman Chelmets’s Long Read Memories before I read his essay on the life events he processes and grapples with throughout the album’s 40-minute runtime. I recommend listeners do the same: absorb the many tones and arcs in these eight pieces before taking in Chelmets’s (A.K.A. Matt Clements) gripping words. This isn’t because there are any kind of “spoilers” involved, but because it’s fascinating to discover how music that is so universally expressive can also be so specific. Chelmets uses a wealth of sounds to create emotional turns and swirls of meaning and abstraction, weaving them into an album that feels like it must be the soundtrack to something—a lot of incredibly personal things, as it turns out.

Greek trio Eventless Plot have been around almost 20 years, but have only made a handful of releases, a rate which feels appropriate for their music. Their sound involves a lot of patience, as Vasilis Liolios, Aris Giatas, and Yiannis Tsirikoglou introduce ideas gradually and let them play out thoroughly. On Percussion Works, this results in subtle sound fields which flirt with minimalism, but also conjure the space-overwhelming aura of drone. What sticks with me after each listen is a sense of surreal calm, despite the open-ended nature of the trio’s music. It’s as if Eventless Plot are charting unknown waters in the dark with a kind of assured authority that guarantees we’ll all get home safely.

Guitarist Bill MacKay and cellist Katinka Kleijn have collaborated together for seven years, and the conversational skills they’ve built up are apparent on Stir. All eight tracks on the album bear the precarious excitement of improvisation, but the pair know exactly what each one is talking about at any given moment, and their give-and-take often becomes a full-on mind-meld. Especially compelling is the way Kleijn’s winding strains simultaneously lead and support, driving forward while keeping one eye on the rear view mirror. MacKay matches her nimble pace exactly, threading guitar lines redolent of Loren Connors’s starker vibrations (though his playing skews much busier). These tracks unwind unexpectedly, but there is one constant: the quality.

Theo Gowans’s Territorial Gobbing project trades in “STUPID music” and “wiggly pleasure air,” or so says the Bandcamp page. I’m not sure I can do much better than that, given how his latest tape, Capitalist Art Is Cartoons Fucking, is, indeed, wonderfully stupid and surreally ecstatic. In this case, stupid really means giddy, goofy, and happy about accidents, willing to fall down the stairs if there’s something shiny at the bottom; most of the nine tracks here teem with rattles and shakes and banana-peel slips, and yet Gowans is in complete control of all his bumps and bruises. That Gowans never takes himself too seriously (his idea of a good pun is “Upholstered Chair Guevara”) helps make Capitalist Art work on multiple levels, and reward multiple listens. In other words, his sonic nonsense isn’t just enjoyable: it’s enduring.

On the Bandcamp page for Overlapped Memories, the sonic material Dominique Vacarro uses is described as “otherwise insignificant everyday life sounds.” On its face, that sounds like a dig, but it’s actually an accurate way to frame what Vacarro does on these 15 short, subtle pieces that land between electronic minimalism and musique concrète. All the tracks here—most of which last less than two and a half minutes—rely on just a few elements to paint rich sonic landscapes. Vacarro blows up small moments—tiny clicks, cut-off tones, droplets of sound—into sparse but complex tapestries. In the process he creates spaces that listeners’ minds can fill in, like abandoned buildings that inspire their viewers to imagine what once went on inside.