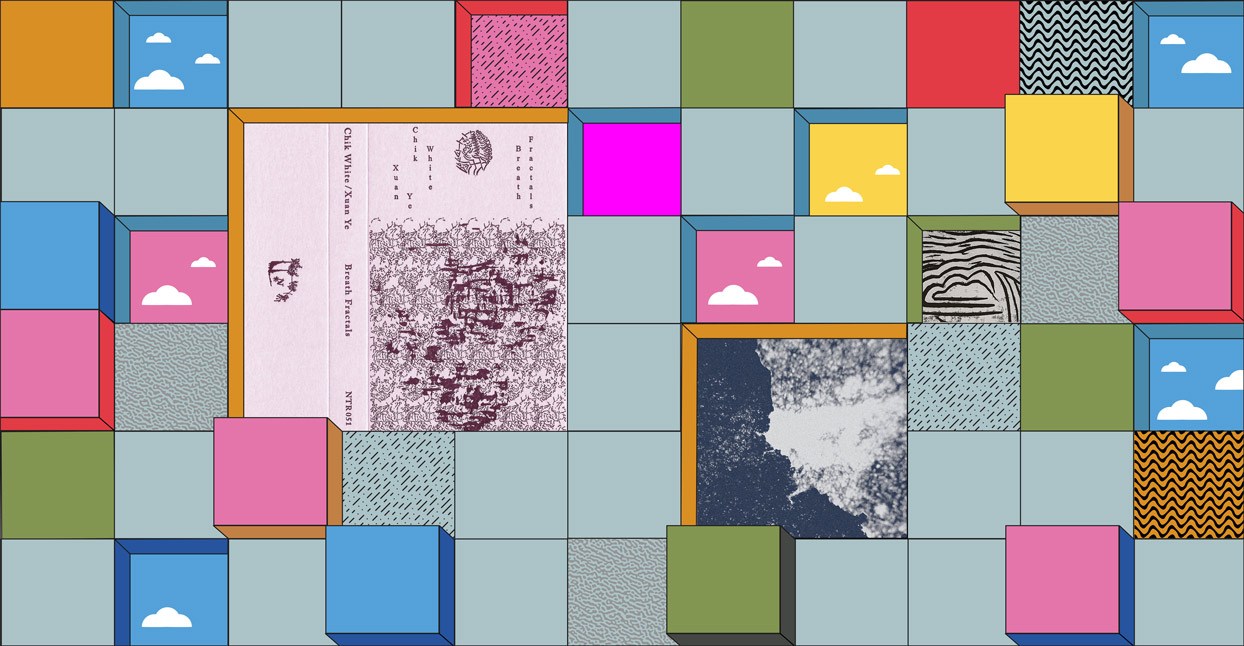 All kinds of experimental music can be found on Bandcamp: free jazz, avant-rock, dense noise, outer-limits electronics, deconstructed folk, abstract spoken word, and so much more. If an artist is trying something new with an established form or inventing a new one completely, there’s a good chance they’re doing it on Bandcamp. August’s selection includes improvisations for jaw-harp and video, Japanese harsh noise, meditations on sleep deprivation, and a cacophonous long-distance collaboration.

The story behind Siavash Amini’s new album is intense. He originally meant to explore the concept of “night,” but soon became sleepless himself, resulting in a three-day stay in an ICU. “It was as if my body was resisting sleep and my sleepy mind was resisting being awake,” he explains. Seen through the prism of that disturbing but fascinating condition, Serus—a word Amini made up to describe his experience—certainly seems to occupy some kind of in-between mental space. Amini’s deep, cavernous sounds drift between documentary-like realism and abstract expressionism. You can make out glimpses of the world, but they often recede into shadows. If all that makes Serus sound heavy, that’s because it is. But it also has the calm and reassurance that can come from facing distress and turning it into art.

Under his own name and as Astral Social Club, Neil Campbell makes music with a sense of humor, even if it’s just in the titles or details. This long-distance collaboration with Lewis Duffy (aka Shit Creek) credits Campbell with performing on “Bowlight, Jittersparkle, [and] Tracheasong” and Duffy on “Pigeonsoul, Squeakloops, [and] Wooshes.” But the music itself is funny, too. Both sidelong pieces include ramshackle sound effects and sometimes even cartoon-like noises. Campbell and Duffy are serious about making a racket, though, and their full-speed-ahead music is gloriously giddy and thrilling with the rush of letting their sounds run free together.

In the past year, Mexico-based artist Laura Luna Castillo has honed her musical vision to a point where it seems she can only spin gold. Last year’s Laminares sifted layers of sound into mini-universes, while her recent entry in the Longform Editions series extended her style without diluting it. She somehow improves on both of those with Folksonomies, a perfectly realized set of stirring ambient pieces that’s both aurally diverse and thematically whole. In places she evokes the driving drift of Stars of the Lid and the rising tones of Mountains, but more often her approach is forcefully distinct, focusing your thoughts solely on the sounds she’s making. On “The Memory of the Eternal Now,” Castillo makes the present seem like an infinite point where the past and the future collide.

Guitarist and sound-generator Peter Kris keeps himself so busy with solo work and his prolific project German Army, you might imagine he has little time for contemplation. Yet his latest solo release is calm and thoughtful, as much mediation session as a guitar exploration. The 25 tracks here are not minimal; there’s always activity in Kris’s constant-motion sketches. But each piece is drenched in atmosphere and patience that just listening makes you slow down a bit. That effect sometimes recalls Loren Connors’s more reflective moments, and Kris is similarly a master at suggesting worlds with single string plucks. But Mandan / Moroni is ultimately a place of its own, one well worth descending into step by step.

As LXV, David Sutton ostensibly makes electronic music, but there are few artists for whom that label seems narrow. Over the past half-decade, he’s found myriad ways to structure music, invoke moods, and puzzle out ideas with whatever gear he uses. Each of Loss Function’s five tracks offers a new way to think about sequential sound. On opener “Apparition,” this means a sea of pointillist cuts modulated by foaming waves; on “Swing” we get a nearly danceable beat in super-short clicks; and on “Strand,” clattery noises dart around in search of ways to connect to each other. Whatever the style he’s crafting, Loss Function feels like a perpetual motion machine, careening with the electricity of a brain that won’t shut off.

Japanese harsh noise project Scum started with a CD called Ultra Vomit, and have lived up to the promise of that name for almost a decade. Centered around noise maker Sou Inomoto, Scum is a trio on Filth Attack, two five-minute blasts of sandpaper dissonance that seems to contain hours worth of sound. Folding in the vocalizations of Daisuke Hirata and the tom-happy drumming of Ryohei Kikuchi, Inomoto concocts a din that at different times sounds ambient, confrontational, growling, and grinding. The presence of rattling percussion even gives Filth Attack a proggy thrust, but it doesn’t really matter what you call Scum’s music when it’s playing—just close your eyes and let it bleed.

For their third album as The Slowest Lift, British artists Sophie Cooper and Julian Bradley continue to slip through the boundaries of structured songwriting and open-ended sound meditation. Each of the nine tracks on Plutonic Shine has hints of melody, but the duo are always massaging their sounds so the effect is more subliminal than chartable. On something like “Sage Reach,” this approach creates pure tone worship, but Cooper and Bradley can also inject that abstraction into something as folky and sweet as the swaying “Guided by Photographs” and as chopped and prickly as the looping “Brother.” Despite the variety, Plutonic Shine is a coherent ride, but its stops along the way can be surprising.

It’s hard to imagine a more apt title for this first collaboration between jaw-harp improviser Chik White and multimedia artist Xuan Ye. Breath Fractals draws on a vocabulary of shattered sonics, as if the pair had broken a musical window and pieced it back together in as many ways as they could imagine. Tracks such as the digestive “Long May I Sleeppppp” and the bubbling “Omnivore Machine” seem to hop around the stereo space like frogs let loose from a cage. Breath Fractals isn’t completely hyperactive, though. There’s a strong sense of calm confidence inside of these unpredictable pieces, suggesting that Ye and White take sound collage seriously while simultaneously reveling in their own smash hits.