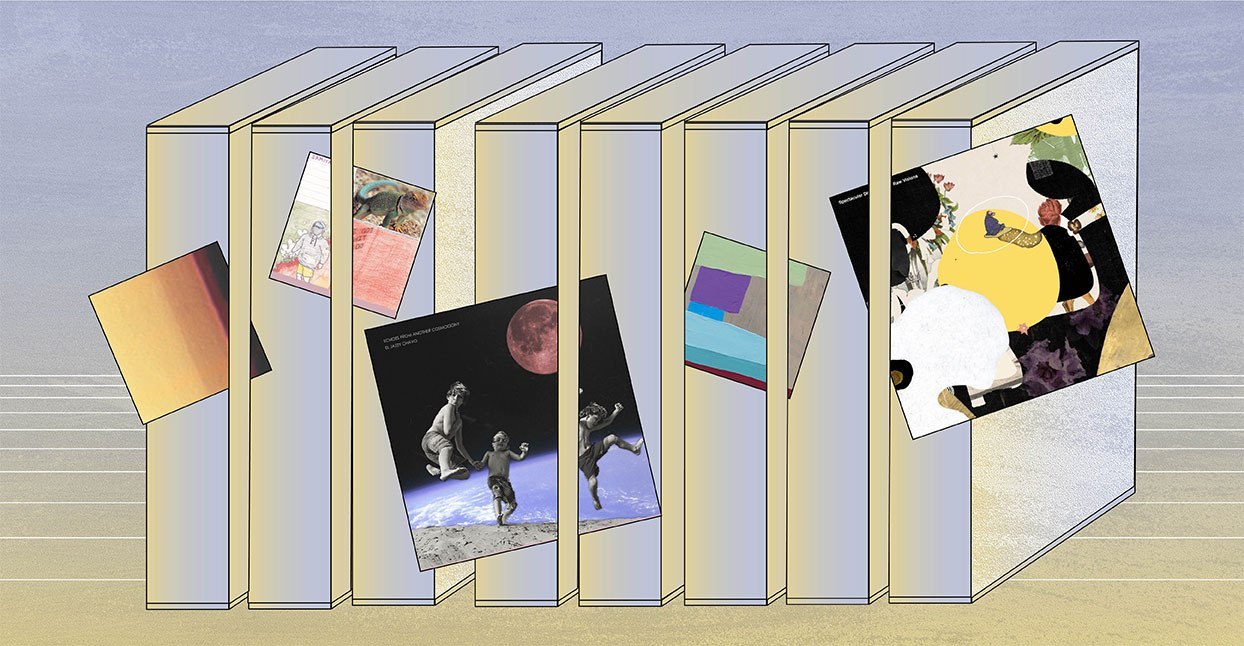 Boom-bap. It’s an onomatopoeic descriptor so accurate that you can hear the thudding kicks and crisp snares in the syllables. When you read or hear the word, you might even imagine drums rattling apartment windows as they echo from Jeep stereos and back-breaking boomboxes. Below you’ll find work from disciples of Premier and Pete Rock, people for whom finding the right loop or break is tantamount to breathing. Some push beyond the work of predecessors, creating new permutations with only fragments of the foundation. Others have studied the sacred scroll (also read: the MPC manual) and crafted timeless canticles. All of them are undeniably awesome.

I have no hard data to back this up, but hear me out: Europe undoubtedly rivals the U.S. in its reverence for sample-based rap beats. For those keeping score at home, put French producer Boztown’s Turn Me in the win column. Turn Me splits the difference between boom-bap and trip-hop, contrasting the more downtempo suites—which are structured around melancholic yet seductive vocals (“Play the Guitar”)—with pulverizing tracks engineered to blast the hinges off speakeasy doors (“Christ Must”). In Boztown’s hands, piano-driven melodies siphoned from moonshine jugs (e.g., “Side B”) and chopped, chipmunk-pitched soul samples receive accompaniment from crashing percussion. If you enjoy early RJD2 or the recent work of Greek producer Moderator (more here), Turn Me will be a welcome addition to your library.

The second El Jazzy Chavo release on Greece-based label Funkypseli Cave, Echoes from Another Cosmogony finds the middle ground between hard-nosed boom-bap and soft, muted chillhop. The drums hit with the force of a brownstone brick crashing to the pavement while blue, sometimes spectral-sounding jazz winds between them. Tracks like “One for the waitress” and “Astral projection” sound as if they were composed in a dimly lit cosmos where Da Beatminerz and Miles Davis are held in equal esteem, a place well worth visiting.

If his inclusion in this column over the past several months is any indication, Jansport J is experiencing a creative windfall. Since September’s Low (which you can read more about here or here), the L.A. producer has released three beat tapes; the latest, goslow., arrived on Valentine’s Day—the album is accompanied by the message “play it for ya girl. (Happy V Day).” Heavy, languid drums bump beneath samples that are sensual and soulful. Some tracks (e.g., “satisfyme”) knock too aggressively for a bedroom playlist, but many, like the honeyed “gotchaopen,” are made to bump after you grind.

Samiyam
I got shit to do

Michigan-born Sam Baker, aka Samiyam, was a fixture in the early days of L.A.’s still-thriving beat scene. When peers like Flying Lotus weren’t sharing the stage with Baker, they were dropping his eclectic modernization of boom-bap to crowds at Low End Theory and around the world. Today, though he’s one of the only producers (if not the only) to release music on Hyperdub (Return EP), Brainfeeder (Rap Beats Vol. 1, Sam Baker’s Album), and Stones Throw (Animals Have Feelings, Pizza Party)—three of the most impactful and influential record labels of the 2000s—he remains unassuming and low-key. As Jeff Weiss noted in his L.A. Weekly profile of Baker in 2016, if the beat scene has an Alchemist, it’s Baker. His beats shuttle between constellations and terra firma, the cosmic sounds grounded by those born everywhere from Bronx concrete to iron-rich red Texas soil.

I got shit to do, which may be Baker’s first album not released on a label in over a decade, is another refinement of his aesthetic. While his beats are still grounded in downtempo, rap-centric rhythms, they inspire unconscious head-nodding as much as they evoke vivid imagery. Here, we get dirges that double as brooding anthems for the sartorially blessed (“New Drip”) and bangers that sound like they’re broadcast from spacecrafts orbiting in the Twilight Zone (“Thanks”). On “Number 13 (bellz),” Baker shakes headstones in a fog-shrouded cemetery. And the lurching but thundering “55 Strawberry” could score the prelude to the most gruesome Punisher shootouts. In no uncertain terms, I got shit do is Baker’s best album in years.

SNAFU
Now This Is Happening

SNAFU has no illusions about the inspiration for Now This is Happening—New York and nothing more. There are beats for shoulder-to-shoulder subway commutes (“New Yolk”) and beats for sweltering summer afternoons (“Idle Hands”). He evokes nostalgia for the era of Rakim and Rubin-produced Beastie Boys, utilizing skull-cracking drums as much as he does vocal samples, and combines that sound with a myriad of electronic instrumentation. Now This is Happening is the past and present harmonized, the score to sepia-toned footage of someone inhaling a chopped cheese outside of the bodega while wearing a Kangol and texting on their iPhone X.

If you read this column regularly, the name Spectacular Diagnostics should be familiar: I selected the Chicago producer’s album Folders last August. Since then, he’s released the rapper-heavy Raw Studies and this month’s Raw Visions; the latter collection slightly edges out the former, evincing the scope of Diagnostics’s talents. On the sardonically titled opener “Classically Trained,” Diagnostics freaks shimmering piano runs and melancholy saxophone with angular chops and crunchy drums that cut like Steph Curry coming off of three screens. With “Final Boss Feels,” he pairs brutish, metallic percussion with an infectious, jazzy loop, brilliantly deploying drum fills throughout. If nothing else, Raw Visions solidifies Diagnostics’s sound, his wide-ranging sonic palette combined with his penchant for the rhythms and feel of ‘90s New York rap. This is not rote boom-bap, but rather beautifully done homage, gussied up with contemporary flourishes.