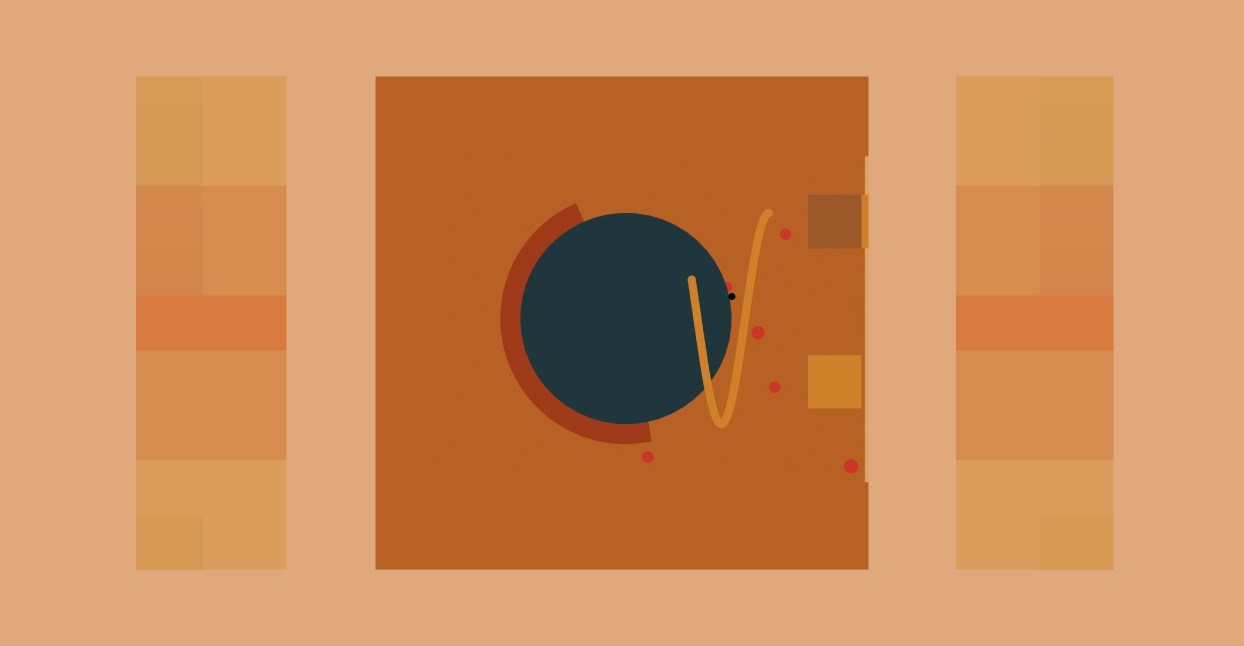 In this edition, we’re highlighting albums released from August 15 through September 15, including a quirky Canadian dream-pop record and a 28-track compilation to aid hurricane relief.

andarctica
buried with the bells

Amsterdam-based artist Brian Barth presents the follow-up to his debut record earlier this year with buried with the bells. These four tracks’ central sound is crafted around manipulated and timestretched bells, layered and interwoven upon a more basic pad foundation. The record’s primary appeal is in its minimalism, using a simple sonic foundation to construct vast soundscapes that come together in a stunningly cohesive way. Opening cut “grateful” is a potent mood-setter, presenting a desolate, droning landscape interspersed with discordant bells which prominently swell to life over the course of the track. By the time it draws to a close, it’s barely recognizable as the same track. The other three cuts follow a similar structure, allowing for Barth to flesh out a sonic vision that expands upon ordinary sounds in an extraordinary way.

This ambient compilation, released by veteran ambient label Past Inside the Present, brings Black Swan, Phillip Wilkerson, and Before Flags, among many others, onto a mammoth 28-track album dedicated to raising funds for relief and recovery in the aftermath of Hurricane Dorian. The work presented here is at times haunting (worriedaboutsatan’s “Conservatory”), at others sobering and stark (Jordan Christoff’s “Electric Creation”)—and can sometimes even be uplifting, with smooth, layered electronic textures (Olan Mill’s “Nature Has Her Way”). In other words, this compilation spans the breadth of the ambient genre with as diverse and consistently effective a range of timbre, soundscape and emotion as could be captured on any such album—and the proceeds go to a cause of paramount importance. There’s little to dislike here on any front, and Past Inside the Present’s initiative should be applauded.

On Vast, Icelandic and German pair Viktor Orri Árnason and Yair Elazar Glotman present a series of five improvisations for violin, viola, and double-bass. Vast incorporates sounds that mimic the impact of flesh on steel and the resting sounds of wooden bridges, contrasted with a more traditional stringed sonic palette. Though the tracks the record offers are performed solely on the aforementioned string section, the unconventional sound design and visceral production create a primal emotive journey over the five tracks; the “call and response” method of the players feeding off of one another’s instrumentation results in a truly unique listening experience that is, as its name implies, an impressive listen.

On Equivalents, loscil, aka Scott Morgan, makes a departure from the relatively flashier IDM-influenced sound of 2016’s Monument Builders to focus on creating a much more minimal, relaxed album. Equivalents is extremely focused in its intent; each of the record’s eight tracks explores an approach toward a sought-after tranquillity in detail—such as the synth chords paired with distant, filtered piano on “Equivalent 3,” or the tumultuous lower-frequency rumbles with wave-like sweeps of noise on “Equivalent 2.” Such an approach might leave the record feeling repetitive to some, but Morgan truly succeeds in building a complex, yet accessibly soothing, experience from start to finish.

Québec-based trio Men I Trust’s new record is a dreamy and infectious affair. Oncle Jazz is an addictive fusion of ambient, muzak, soft rock, and indie pop, melded together with an effortless sense of focus and warmth. The album is a refreshing blend of styles, lending textures and instrumentation from dream-pop and pairing them with ambient soundscapes. One of the band’s key strengths lies in their evocative, abstract lyrical imagery, particularly on tracks such as “Numb” and “Porcelain” (“You slowly bend over the table / Our sleepless bodies tumbling down / Still watching scenes from 1994 / I don’t feel anything at all.”) While it’s a long listen with some adherence to formula, it remains consistently engaging.

Two years after unveiling the first in his VIABLE SYSTEMS series, London-based composer Keith Berry presents the sequel—an extension of the immaculate, sanded-down sound of the first. Across 14 tracks, Berry morphs and warps synthetic textures and ethereal, abrasion-free ambience. With tracks that evoke emotions from afflicting melancholy to exciting enchantment, Berry creates a soothing yet captivating illustration of the sound of modern life through his generative works. Fans of Brian Eno will appreciate the airy elements of Berry’s second volume here, as well as the steady pacing.

Over the span of his four-decade career, Steve Roach has been an undeniable influence on modern ambient music and has dabbled in every sound, subgenre and idea imaginable. His newest LP builds on concepts of futurism and spontaneity—leveraging excitement and energy through expansive synth sounds and instrument layers while maintaining a sense of calm throughout the natural journey of these cuts. Even across four tracks, the emotional focus is spellbinding.

Much of drone’s appeal lies in its purity: By removing all but the most barebones instrumentation, artists are motivated to tell stories through novel methods. To that end, the most power such records can have is in creating a truly thought-provoking and reflective experience for listeners. On finally free, gravity, Brazil’s Gimu pulls together a beautiful lo-fi experience, a story dedicated to the memory of his mother-in-law. The highlight is “not alone,” comprised of rumbly, bitcrushed piano improvisations accompanied by a restless detuned synth stack in crescendo and haunting vocal chants by collaborator Trixie Delight. The climax of the cut is awe-inspiring, with harsh and ferocious high frequencies masking Trixie’s voice and allowing it to erode the steady pace of the track. Gimu has produced an unforgettable album that I’ll be thinking about for weeks to come.

Half a year after his naturalistic, landscape-inspired Make a Wilderness, Jonny Nash presents his latest record on his own Melody as Truth label, Postcards From Nowhere. Postcards is a collaboration with Italian composer and ambient veteran Gigi Masin, creator of the 1986 cult classic Wind. The record is based around a series of improvisations for piano and guitar, which are recorded immaculately, giving the music a hi-fi, expressive quality while retaining its intimacy and organic nature. The record reaches its peak with track five, “Girl With No Name,” a slow-paced cut led by guitar and soaked in delay and reverb. Although similar in instrumentation to “Interstellar,” the track stands apart from the rest of the record as being a more typical approach to meditative ambient, with solid execution to boot.