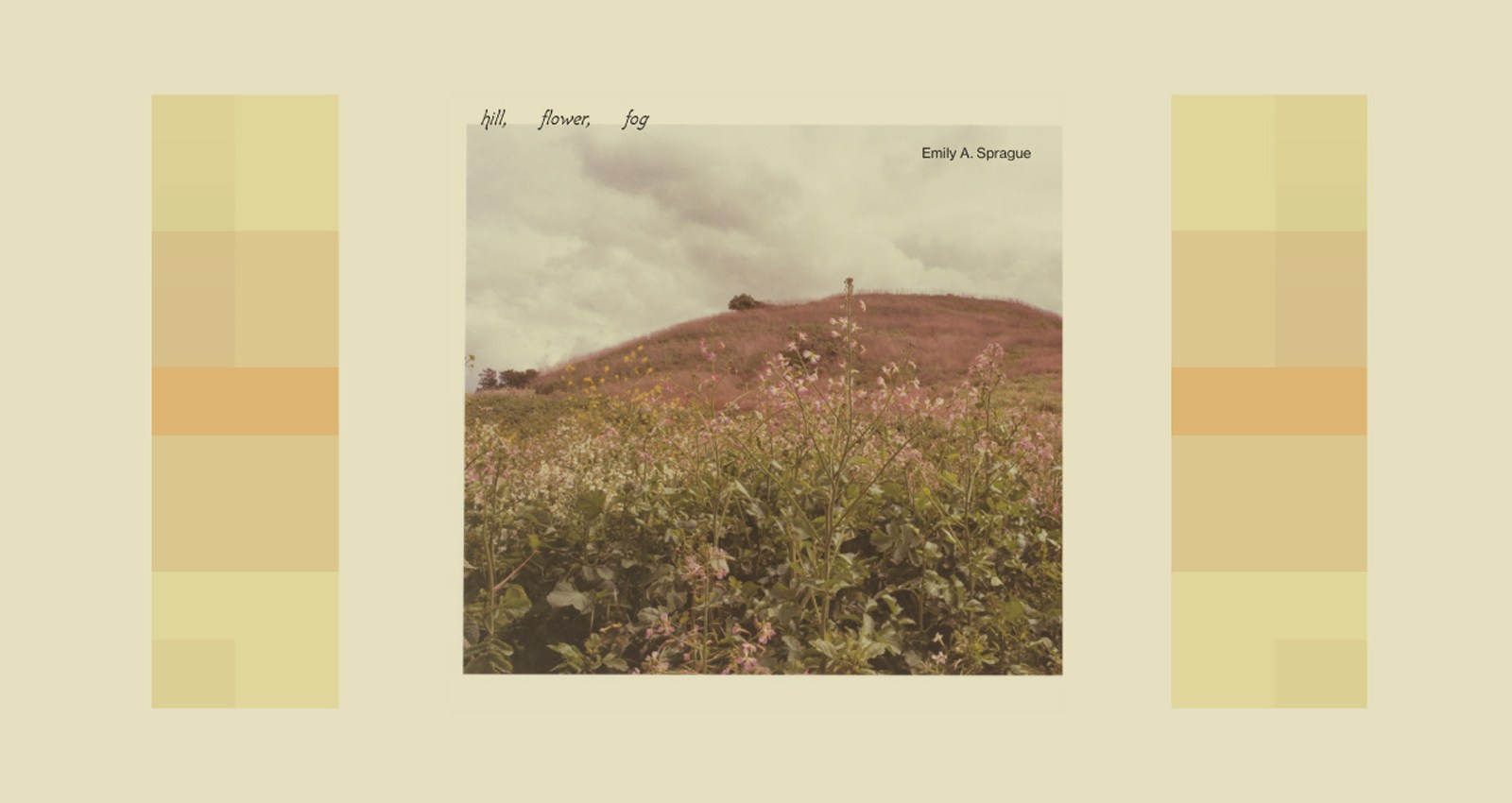 The pioneering New Age artist Pauline Anna Strom has described her work as exploring “the space of an imagination.” As a blind composer, she explored the world through generated sound and texture—rather than sampling natural water, for example, she once said, “I want to create the water through algorithms.” In a year where the real, tactile world feels removed from the everyday experience of life, ambient artists have instead created soundtracks to their interior worlds—for Emily A. Sprague, that meant exploring isolation in the earliest days of quarantine; for Ana Roxanne, it was an excavation of identity outside of traditional ideas of gender binaries. Though there’s often a sense of ethereality associated with the genre, these ambient releases are imbued with a sense of imagined physical spaces, from the Denver DIY displacement of Madeline Johnston to the Detroit love letters of Heathered Pearls.

Initially recorded and released in March at the beginning of a global shutdown, Hill, Flower, Fog is a gently warbling and almost luminescent solo release from Florist’s Emily A. Sprague. A resequenced, expanded edition received a new release in November from RVNG Intl., and its twinkling, pulsing synths resonate as deeply as ever. Its compact, guileless melodies are fitting as gentle hymns for an isolated winter ahead; “Moon View” constructs small, upbeat motifs; “Woven,” by contrast, is starkly contemplative, layering rumbling bass notes beneath a meandering flute-like tone that seems to divide and multiply into ricocheting beats. Like the Eurorack modular synths used in its creation, Hill, Flower, Fog operates with a calming repetition while allowing for moments of spontaneity, elevating the slow pacing of a daily routine into a dream-like sequence.

Ana Roxanne
Because of a Flower

The stirring second album from New York-based composer Ana Roxanne, Because of a Flower begins with a quote from Lao-tzu on yin and yang, aptly delivered by two voices reading one text. The subject of that opening “Untitled” track, as well as the rest of the album, is the dissonance between traditional ideas of gender and her identity as an intersex person. As on her debut, Roxanne marries ethereal synths with vocals and guitar to add a grounding layer of humanity, as on “Suite pour l’invisible,” which features elongated vowels and cresting sighs. It’s both riveting and calming, an album that examines duality by embodying it at every turn.

Brighton’s Alan Myson, who releases music as Ital Tek, thrives off a dynamic of tension and release: His 2019 album Bodied captured the intensity of his score for the sci-fi video game Laser League, while his multiple 2020 follow-ups have expanded on that ambient anxiety with new depth and focus. Outland, which Planet Mu released in May, embodies the bleary-eyed intensity of its environs: Late nights and early mornings spent sleep-deprived and isolated, caring for his newborn. And rather than being stymied by exhaustion, Myson seems invigorated, releasing some cutting-room takes from Outland as Dream Boundary in August, and now self-releasing Seraph, an EP of outtakes from those two records. There’s his trademark intensity, as on the chromatic sheen of its title track and sharp synths that seem to cut like glass through “For You There Is No Time.” But “Hazed” shows a gentler side of Myson, one that finds a relaxed brightness in the afterglow of his IDM inclinations.

As Heathered Pearls, Jakub Alexander explores the murkier, moodier side of electronic music, the timbres swallowed by bass-heavy sound systems of the club but perfectly designed for solo consumption. On his 2017 EP Detroit, MI 1997-2001, he took inspiration from techno’s burst into the mainstream, paying homage to its founders and hometown heroes while stripping the genre’s calling cards for parts. Cast, his third full-length release, similarly interrogates electronica’s familiar sonics—propulsive synths, coltish piano progressions, reverberating percussion—but blends them with spoken word and hypnotic loops to cinematic effect. Nick Murphy (FKA Chet Faker) reads what sounds like a poetic diary entry over washed synths on “Basic Needs”: “Woke up like an egg yolk, incubated under a yellow stained window.” On the warm, hazy tones of “Salvaged Copper,” techno minimalist Terrence Dixon fittingly speaks few words, but his deep tenor resonates: “Every time I step outside, people’s faces change. No smiles.” In a world dominated by wordless intensity, Cast provides a peek behind the curtains of Detroit techno.

“The world has no visible order and all I have is the order of my breath,” reads one track title on Double Bind, the dense and enchanting new record from Los Angeles composer Geneva Skeen. Like deep breathing exercises and mindfulness meditations, Double Bind has a knack for expanding the smallest rhythms into an all-encompassing, rapturous soundscapes. Skeen has spoken about her earliest music experiences, recording the infamous baby sample from Aaliyah’s “Are You That Somebody?” and looping it until it was alchemized into a new sound altogether. She similarly finds drama in perceived simplicity with a haunting, cello-like note on “Leveled Ground, Bottomless Pit,” and again with shrieking resonance on “There is a Universe Where Time Flows Backwards.” Even her use of voice here leaves a threatening aura, as it travels into harsh peaks and fades into distant cries on the album’s title track. Despite its seemingly glacial pace, Double Bind is not a comforting listen, but instead a painstaking excavation of interiority.

Originally composed as a commission for the Denver Botanic Gardens’ exhibit “Human | Nature: Figures from the Craig Ponzio Sculpture Collection,” Madeline Johnston’s eponymous release as Mercury Tracer seems designed for stillness. A piano progresses slowly across tracks “I” and “II,” implying a contemplative pace. “IV” tauntingly begins by appearing to traverse major scales, but by side-stepping into minor notes, it creates a sense of disruption within a familiar framework. Johnston’s many monikers have recently explored a sense of belonging, as she mourned the loss of her beloved Denver DIY space Rhinoceropolis on her Midwife record Forever. On Mercury Tracer, she wrings comfort from the smooth contours of the metallic and stone carvings in Denver’s gardens, her warm tones glowing like sunlight on their curved surfaces.