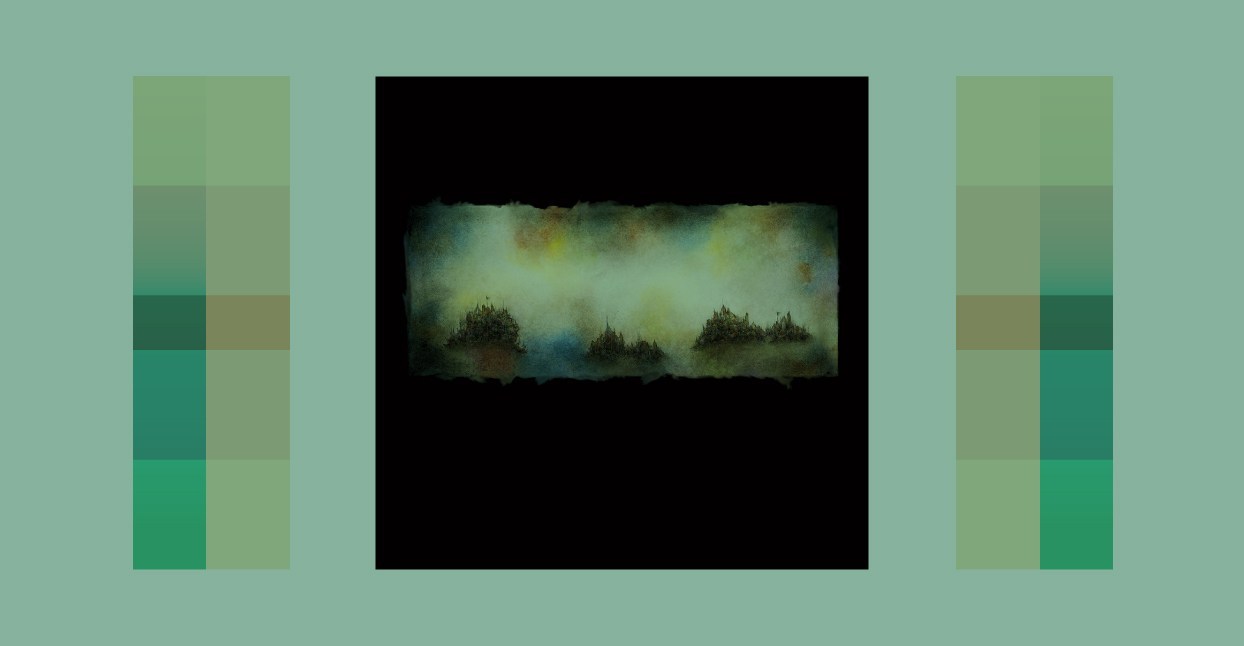 In this edition, we’re highlighting albums released from May 15 through June 15, including dark ambient recorded on a Norwegian island and an album inspired by the sounds of synthwave.

Ann annie is the project of Eli Goldberg. Operating out of Oregon, Goldberg has released five albums under the moniker since 2017, culminating in wander into. Much like other records on the ann annie project, wander into borrows heavily from the conventional chill-out skeleton familiar to fans of all corners of ambient—warm, filtered pads and twinkly bells occupying the higher end of the mix, the gang’s all here. Where wander into truly stands out is in its incorporation of more intricate production quirks, not necessarily unique in their inclusion but in Goldberg’s application of them. Ripples of distortion on synth pads add character to the sound without polluting the natural feel on “in motion.” A solemn acoustic guitar pushes the rhythm of “samara” forward, as reversed whispers of synths hinting at harmony clear the way. Reversed shimmers of airy arpeggios underscore an increasingly restless piano line on “memoir,” a personal highlight. There’s shocking intensity to be found in a record as frequently meditative as this, the kind of sound that makes ann annie’s aesthetic focus on natural landscapes feel incredibly fitting.

Experienced ambient composer Geir Jenssen’s gapless 24th studio album, The Senja Recordings, is masterful in its creation of gripping atmospheres; it was recorded on and partially sourced from the remote Arctic Norwegian island of Senja. Janssen establishes an unnerving, isolated feeling with the minimal instrumental lines and often unchanging notes of the album; this suspension adds a real sense of tension. Tracks such as “Bjorvika” or “Lsybotn” are devoted to sparse instrumentation as an avenue to building a sonic landscape greater than the sum of its parts. Rather than merely make use of field recordings as a tool to deepen the tracks, Jenssen treats them as an instrument in their own right. The aforementioned “Bjorvika” lays its focus entirely on a white noise sample, and “Bergsbotn III” uses spacey percussive hits as its foundation, interspersed with ringing that quivers with tremolo. Though slow at times, The Senja Recordings succeeds in its goal of creating an atmosphere well-suited for night-time reflection, during those strange hours where anxieties and fears can seem heightened.

Josephine Wiggs (of The Breeders fame) presents her solo debut in We Fall, an ambient outing that never fails to innovate or excite. Wiggs is a multi-instrumentalist, with strong command over bass, guitar, piano, cello, and vocals; all elements on We Fall, with percussion and production are supplied by Jon Mattock, formerly of Spacemen 3 and Spiritualized. We Fall is varied, a smorgasbord of live instrumentation and musical ideas, held together by a clear creative vision that clearly shines through. The highest point the album reaches is on “The Weeping of the Rain,” a gorgeous and laid-back cut that reaches a slow but certain crescendo. It builds from a solo delayed piano into something more spacious and jazzy, complete with a swung drum beat and thick bass guitar dominating the low end of the mix.

An explosive experience strengthened by impeccable production, Daniel Wohl’s third album is built on a sense of sonic uncertainty. On first listen, one might notice an immediate “fullness” in its sound; opening track “Melt” is comprised of many scattered, conflicting parts, seemingly only synchronizing and harmonizing through luck. This feeling of irregular elements working together is one that continues throughout the record’s runtime; “Move Slow,” for instance, layers irregular and imbalanced string samples on top of a thick, choppy drone bass. The highlight of the record is closer track “Subray,” which flits rapidly between unnerving blasts from a string section and glitched beats over visceral breath sounds that cut through the mix, before transitioning into a dissonant and heavily-processed fusion of tones from supporting instrumentalists. It’s unpredictable, noisy, attention-grabbing, and a fantastic end to the record.

If you’ve ever wondered what might’ve came of your artistic pursuits now left abandoned, let the newest record from Swedish electronic musician Solar Fields perhaps serve as inspiration to return to written-off projects. Origin #3, a collection of unconnected demos spanning over a decade, is a romp through often punchy and rhythmically focused approaches to ambient. Sometimes, these can be veering toward embracing the vibrant tones of synthwave, as in “Video 2007,” where pitch-modulated synth leads ring out atop a frenzied rush of analog choruses and booming percussive impacts. Despite the record dipping its toe into ‘80s synthesis throughout, it would be a disservice to Origin #3 to claim that’s all it offers. The heavily processed piano parts, four-on-the-floor beats and even mix sounds feel drawn from the recent indie dance scene. It’s not a dance record by any means, but the influences it draws upon there only strengthens its originality. Commendably, it’s an experience remarkable in its flow, retaining a surprising coherence in sound.

The sixth album under the Soda Lite alias (otherwise known as Melbourne-based new age artist Alex Last) wears its heart on its sleeve, or rather its opening few seconds, as the eponymous track exemplifies the record’s devotion to cleanliness in spades. The track consists of a sheet of white noise occupying the background, as the central focus of two staccato leads converse with and work around one another. This is as far into minimalist territory as the album ventures, but  the underlying commitment to the style carries on until the album’s closing seconds. Vale & Stone certainly feels labored-over; what elements take central focus on the record are worked on to their fullest potential. “Fontes Sequanae” is a personal highlight, framing deep wind chime-like textures in a canvas outlined with the chitter of waterside wildlife. Core to both this track and the album as a whole is its air of unpredictability; it feels almost free from the artificiality and constraints of digital sequencing.

Berlin-based electronic artist Tom Adams’s third studio album, Particles, is an album bursting with character despite its exceptionally clean and modern production style. This style can be traced back to Adams’s two previous albums; Particles is a transition from the sedate art-pop found there to a more conceptual, wholly ambient style. Though the record is based almost entirely around a piano, it would be difficult to classify as contemporary classical. Aside from other elements dipping into focus throughout, the piano’s rhythms are glitchy; its tone has been sculpted, occasionally playing at speeds impossible to replicate on a real piano. Ultimately, it functions more as a distinctive synth sound that ties the album together. “Particle V” comes away as being the high point of the album, with a growly bass undertone complementing an awe-inspiring piano soundscape. On other tracks, softer drums come into frame, such as the slow, pulsing “Particle XI (Montreal),” as surrounding elements rise and twinkly pianos feel star-like. There’s a comfort to be taken in the scale of the musical landscape showcased on Particles. It succeeds in its aim of working the size and wonder of the galaxy into just 10 tracks.

Matthew Cooper, whose usual style as Eluvium can be best described as a kind of subdued and ordered chaos, lays his focus on a project quite tonally distinct from his standard oeuvre After Pianoworks, Cooper’s first solo piano record since 2004’s An Accidental Memory… has been receiving buzz—not unjustifiably. What often makes ambient special is the creativity that can arise through limitation, and each track on the record feels purposeful to crafting the coming-of-age story Cooper tells on Pianoworks. These aren’t retellings of the same chapter. There’s the melancholic waltz “Masquerade,” for instance, and more hopeful and uptempo cuts such as “Myriad Days.” Though perhaps demanding more attention than other releases due to its necessary melodic focus, the album still holds up as a powerful atmospheric record, one I keep finding myself returning to over and over again.