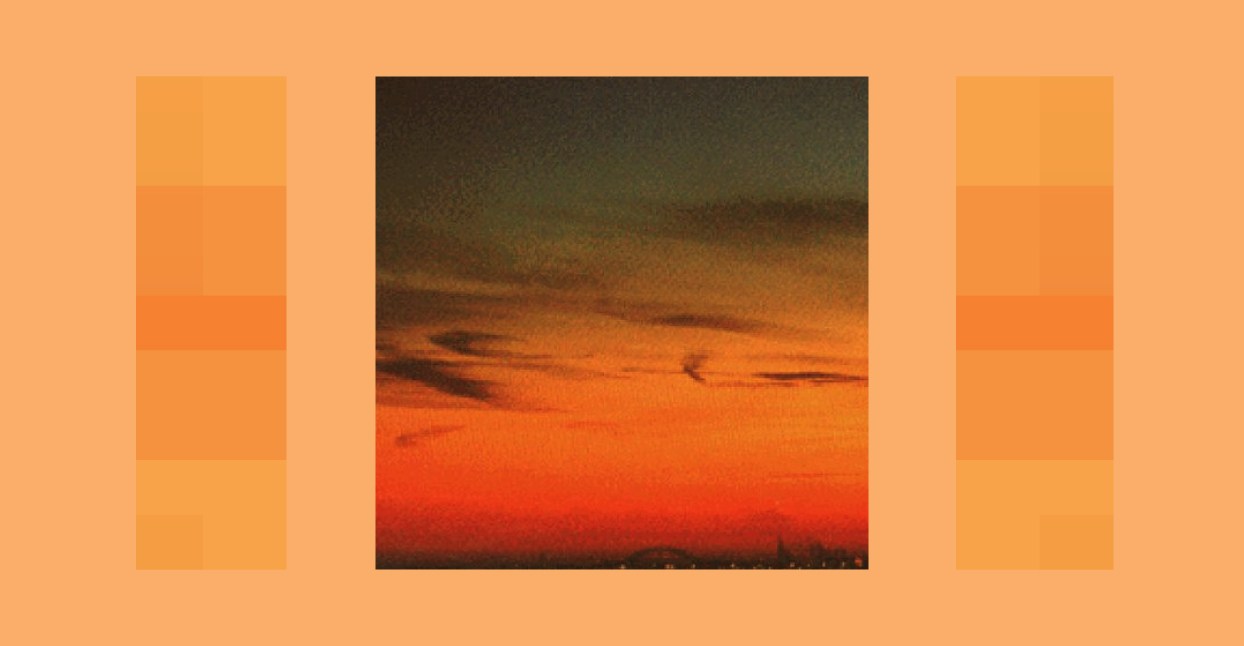 A quick browse through the Bandcamp ambient tag will reveal any number of works from composers unified in their artistry through atmosphere, but with wildly differing approaches to how they achieve their goals. From the intimate and warm to the unsettling and tense, ambient is a diverse and endlessly thought-provoking genre. Every month, Ari Delaney walks through the best recent releases you can find right here on Bandcamp.

In this edition, we’re highlighting albums released from June 15 through July 15, including a climate change-themed drone record and intimate contemporary classical originally composed for film.

Solastalgia is a neologism, coined to put a name to the ever-more-common grief and anxiety around our changing environmental landscape. It’s a fitting name for an album about climate change that embodies the purity and intensity of the natural world. Active since 2007, Rafael Anton Irisarri has contributed to many landmark ambient releases—including two collaborations with ambient composer Leandro Fresco on the A Strangely Isolated Place label. Solastalgia is his most conceptual and important release so far. Irisarri paints the portrait of a world in decay—“Kiss All the Pretty Skies Goodbye” opens with a muted soundscape of chimes and deep astral synths which are gradually overrun with higher frequencies, an evocation of the titular skies clouding over with smog. The ultimate track, “Black Pitch,” presents the aftermath of environmental devastation through desolate minimalism, a moving way to round off the record. A beautiful and urgent listen.

Just two and a half weeks after the release of their previous record Doraemon, Patricia Taxxon returns with her first solely ambient venture since January’s Astral. Taxxon’s somewhat erratic and frankly enviable work ethic has seen her releasing albums on a close-to-monthly basis since early 2017. This isn’t a case of quantity over quality, however; their plunderphonics record Punk—a scathing and endlessly enjoyable critique of copyright law—remains one of the strongest releases of last year; and their recent noise-pop outing Little Spoon is one of the cutest albums I’ve heard recently. Photo 4 is entirely mono, a decision made to enhance the perceived age of the record—a technique Taxxon has experimented with in the past. Many of the tracks (such as “gate”) have the feeling of stripped-back video game music, through a frequent use of simpler square waves and a focus on melody. Taxxon’s knack for catchy songwriting shines through even on her most lo-fi tracks.

British musician Leif Knowles is a composer that has firmly carved a niche for himself within the more danceable corners of ambient music. His newest record, Loom Dream, offers up classical ambient sound design interwoven with often-energetic textures, influences pulled from the microhouse and techno Leif has explored on records like 2015’s Taraxacum. Fast rhythmic sections rear their heads on “Borage,” among a chorus of lush drone pads, and “Rosa” frames loose auxiliary percussion and jittery woodwind lines on a foundation of hollow synth leads. An unexpected supplement to the release is the dedicated website, a 360-degree starfield with information relating to the various flora and fauna from which the tracks get their respective names.

Split into two evenly-timed tracks, Liminal is an experience that adheres as closely as possible to the platonic ideal of drone music, wholly enchanting and minimalist throughout its runtime. The first part of the record, “Iron Goddess,” is built around just a few pads, with very little movement outside of slow, shifting filters. It’s a meditative experience—the consistency of the track makes it predictable and relaxing, but it avoids being completely static and uninteresting. “Valentine” is much more active. Again, the track is built around largely unchanging elements, fusions of field recordings and hardware synthesizer pads, but here those elements are alive; frequently ducking out of the mix and re-entering. What emerges is an album based around consistent momentum, tracks that moves and shift but retain the core of one very specific idea until their end.

Originally intended as the score to a short film, the sixth release from Swedish band Old Amica now stands alone, a piano-centric record that’s moving even without the aid of visuals. The light and melancholic touches of guitar in introductory track “Till Juni” (“Until June” in Swedish) sets high expectations for the rest of the record. These are delivered on, particularly on “Lagan,” a wall of airy synths accompanied by a subtle and muffled kick drum. Although the track doesn’t display the skilled composition found in abundance elsewhere on Taiga, the track is as enchanting as it is simple. Diversity is key to this record; Old Amica utilizes different instrumental make-ups on every cut, consistently delivering straightforward and moving melodic moments.

Félicia Atkinson
The Flower and the Vessel

On The Flower and the Vessel, French composer and vocalist Félicia Atkinson ventures into territory very different from that of her most widely-acclaimed record, last year’s Limpid as the Solitudes. Whereas Limpid placed its focus on dissonant tones combined with field recordings, the tracks on The Flower and the Vessel often come across as scattered, a cocoon of bright synth soundscapes and prominent bass. Atkinson’s chilling, whispery vocals appear throughout the record and entirely comprise the introduction. Highlights include “You Have to Have Eyes,” where dense, layered vocal editing on top of a deep humming synth pad helps build toward a restless crescendo; and “Lush,” a bouncy cut with an apt title that centers around restless chimes and subdued chord undertones.

This is Stijn Hüwels’s latest collaboration with Slowcraft Records founder James Murray, the second studio album under the Silent Vigils name. Lost Rites, in contrast to the duo’s first record Fieldem, boasts a bright, modern and dynamic sound. The record is varied and complex: although such tracks as “Elysse” or the titular “Lost Rites” retain the same drone synth throughout, both tracks never stop introducing new elements. It makes the experience feel cinematic, and makes the listening experience more engaging. The highlight of the album is its final track, “Shoreless,” built around a slow chord progression topped with shifting noise recordings to create sorrowful ambience that concludes the album masterfully.

Grammy-nominated vocalist Theo Bleckmann teams up with skilled composer Joseph Branciforte on LP1, a highly-produced ambient outing from improvised jam sessions. The work on LP1 was created through the process of asynchronous looping, though at no point does the album sound underdeveloped—the rhythms and structures of LP1 are complex enough to sound purposefully (and skillfully) arranged. “6.15” contains choppy percussive clicks on top of a steady rhythm of slow bass hits and eerie vocals; “4.19” opts for a more organic sound, a sonic landscape of reversed strings and subdued chimes. It’s a rich listening experience that walks the line between complexity and performance excellently.