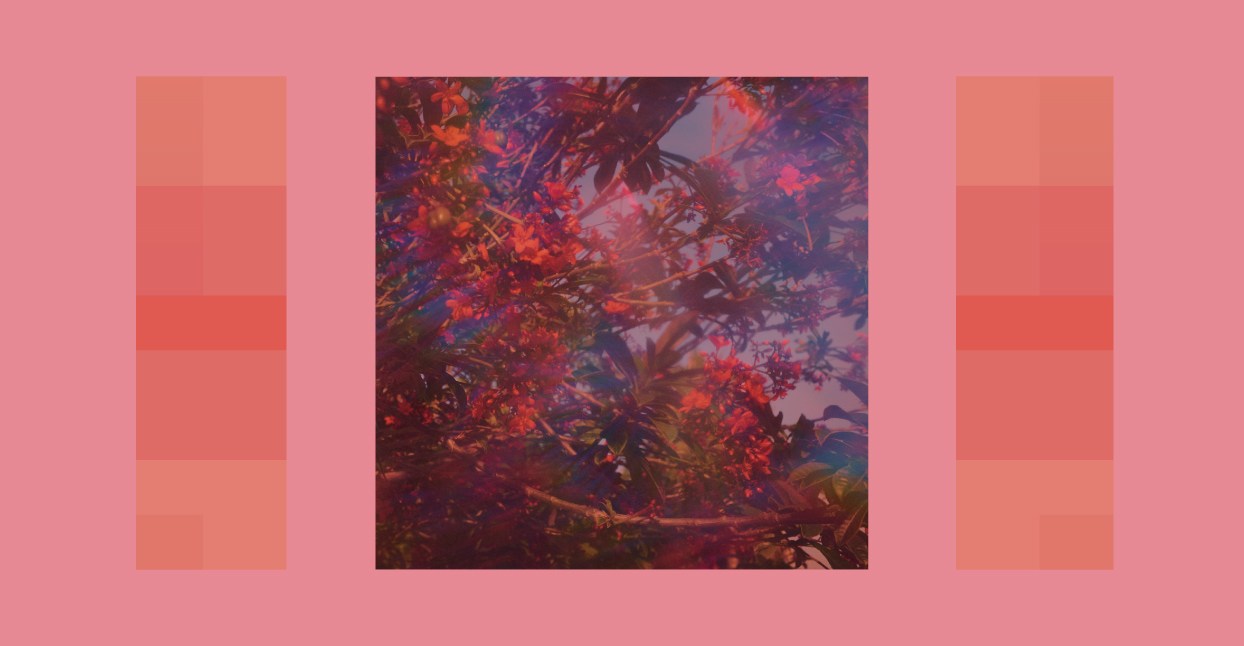 In this edition, we’re highlighting albums released from July 15 through August 15, including a chill-out spin on vaporwave conventions and the anticipated sequel to February’s Grønland.

The first release on Hiraeth Records, Building a Better World, is an ambient experience from vaporwave heavyweights 猫 シ Corp. & t e l e p a t h. And while, for some people, vaporwave may have the reputation as being a genre grounded more in aesthetics than sound, on Better World, the combination of stunning neon visuals and the reined-in ‘80s sounds meant to score the scene on the album cover mesh in perfect harmony. 猫 シ Corp. and t e l e p a t h are well-versed in delivering complex, emotional musical experiences (see: Palm Mall and Secret Lover), so it’s no surprise that their third collaboration is tight and polished, a fusion of both artists’ styles in an ambient setting. The album’s highlight is “世界の果て,” a track that invokes a sense of wonder with analog bells underscored by gentle, whispering background features. The title track is another high point, comprised of a bright melodic atmosphere that occasionally builds into more focused elements: subtle pad sweeps or a sorrowful woodwind-esque synth, creating the perfect soundtrack for a neon metropolis.

offthesky & the humble bee
all other voices gone, only yours remains

All other voices gone… is the new collaboration from Jason Corder and Craig Tattersall, ambient musicians with a library of releases spanning back to 2003. Both artists are experienced in crafting broad and complex soundscapes that place little focus on a melody in favor of creating a heavily produced sea of sound. This lack of definition turns up again on all other voices gone…; album opener “For Her Breath Is On All That Hath Life” boasts heavily filtered, low-fidelity mood music. Occasional blasts of flute, violin, and saxophone add brief moments of texture throughout the album; their addition to the mix is a surprising yet welcome inclusion. The other instrumentation is particularly strong in “Wintering With You,” with its dark, piano-dominated sonic background.

Composer Glåsbird returns with a follow-up to their album Grønland from February this year. Its 10 cuts focus on relaxation through naturalistic sonic elements, and on this album, Glåsbird finds inspiration in the Norweigan archipelago of Svalbard, a setting as icy and cozy as the one that inspired Grønland. But Svalbarð is more than a rearrangement of previously explored styles; its tone is much brighter, with greater emphasis on melody and counter-melody—particularly voiced through the piano. Still key to the project is Glåsbird’s anonymity, an almost complete removal of the author which allows the listener to entirely project themselves and their own experiences upon the work.

The second record from California artist Constant Shapes is a melodically-driven and wholly meditative record that places particular emphasis on a central theme of colors and light. This turns up in track names like “Your Colors” and “Sun Guide,” and is further supported by the cover art, a snapshot of subtle rainbow artefacts weaving its way through tree branches. These are just the complements to the music itself, though, which is skillful enough in its arrangement of field recording that it easily reflects the album’s naturalistic themes. Rainbow Rituals feels like a series of iterations upon one distinctive bubbly style, and the arpeggiated synths that carry most of the melodies here feel both deliberate and beautifully accidental.

Elegy for a Lost Cosmonaut is the new record from Sumantran Black, a Turkish label with specialty in the darker side of ambient. Elegy is an experience not limited by its concise tracklist; rather, it uses its brevity to create an experience that feels terrifying in its bleakness. Space is often used as a metaphor for isolation or loneliness, but Elegy is the closest I’ve felt an album has come to imparting the depth of that experience. The titular Soviet voyager begins their journey in “The Mission,” a 10-minute transformation from eerie wailing synth pads to a punchy yet subdued rhythmic bass undercurrent.

This is followed by the chilling “Is this Heaven? (это рай),” a cut comparatively heavier in treble—mainly bleeding in through prolonged and dissonant synth drones. There’s plenty of movement and complexity despite the album’s slow pace, creating moments that feel frozen solid through tension. The record concludes in the title track, which is sonically more chaotic—unveiling the horror lurking beneath the surface with piercing frequencies and detuned synth stacks. All in all, a stunning listen.

A release from the late Jacobus Derwort on London label Astral Industries, Bamboo Music is an unnerving and oftentimes agitated record. The focus here is on creating a frightening tone—achieved through menacing synthesizers and field recordings of indistinct growling; it often feels like a trek through an alien jungle. The setting is emphasized in the sound through the utilization of woodwinds and hollow percussive elements towards the record’s back end. The experience is a powerful one, with varying cycles of tension and release.

“Night” is the key theme on the newest album from Iranian musician Siavash Amini, whose January record Second Shift about trouble adolescence has quickly cemented itself as a contender for album of the year. Though not as intimate and intense as Second Shift, Serus contains quite a few stylistic similarities: its slow pace and the interchange between simple lead lines and swells of emotional chords, to name a few. On Serus, Amini focuses on night’s duality: both the physical and dream worlds are represented in Serus, with the nightmarish elements of the latter presented unflinchingly in the horrifying “All That Remained Pt. 1.” The gritty and discordant drone leads and barely audible field recordings feel twisted enough to have made an appearance on Second Shift, but the rest of the album is fairly smooth and tranquil. It feels much more in line with a typical synth pad-dominated drone record, but with a constant creeping uneasiness underpinning every song.