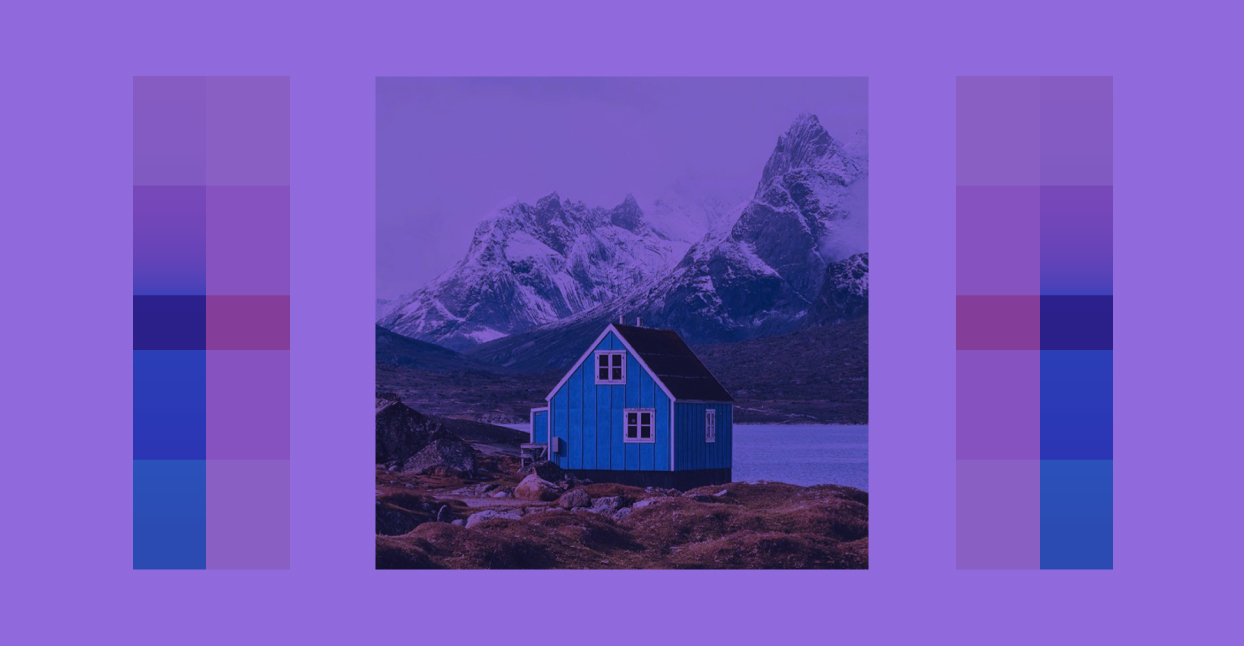 In this edition, we’re highlighting albums released from January 15 through February 15, including the newest in a series of conceptual noise albums exploring the pains of growing up, and a fictional movie score from an anonymous composer.

Dennis Huddleston has been releasing music for over a decade now, building the majority of his current following under the alias 36, paired with his newer techno project SYNE. Though notably influenced by cyberpunk settings—Huddleston particularly draws inspiration from feelings of isolation in a world more connected than ever before—Fade To Grey would suit a variety of environments in equally fitting ways. The cyberpunk influences resonate the clearest on “Night Rain,” a track that invokes imagery of quiet cityscapes and subways with its continuous rain foley and dark, subdued sound. Elsewhere, standouts such as “Esper” evoke a somewhat liminal feel through largely unchanging mix sounds. In a way, “Esper”’s dense synth backdrop eases the listener into their own personal rhythm, allowing the track’s more subtle elements to develop in their own unique ways. By weaving these independent instrument lines into such a diverse range of tapestries throughout Fade to Grey, the artist makes his surreal universe the listener’s own; the end result is an immersive listening experience that simply shines.

Bird is the latest album from Scott Thorough, a Brooklyn-based rap producer and film composer with nine years’ experience under his belt who just signed to the recently reinvigorated, multi-genre label Specious Arts. Spanning 37 minutes’ worth of instrumentals—some composed specifically for this release, others borrowed from Thorough’s filmography—it’s far and wide a minimalistic effort. The production style is clean, with the album’s runtime being largely comprised of just a few elements at any moment—pads, keys, occasionally drums—though these never come across as undercooked in the slightest. From “BWF6”’s smooth, rhythmic beats, to “Left Of My Shadow”’s coarse guitar textures, I noticed how adept Thorough was at developing the components of Bird. It makes for a well-rounded experience that walks the line between the charm and immediacy of simpler works and the complexity and richness audible in experiences crafted over longer periods of time.

There’s been a lot of buzz around German producer BLACK TO COMM’s latest outing, Seven Horses For Seven Kings, as of late. Listening to its lead track “Asphodel Mansions,” it’s easy to see why: Noisy, unsettling, and unmistakably furious, it blasts the listener with an eerie cacophony of horns that’s basically engineered to send the listener plummeting down into the the thrilling, overwhelming world this hour-long epic has to offer. Though much of Seven Horses unfolds at a grand scale—many tracks could easily soundtrack a universally-feared monster movie—the album’s sparser moments are carried by subtle undercurrents. Look to the muffled chime intro, for instance, of “Licking the Fig Tree” (a personal highlight), or the final moments of closer “The Courtesan Jigokudayū Sees Herself as a Skeleton in the Mirror of Hell.” I fear I don’t quite have the words to describe how gripping and intense this listen is—it’s a fantastic record, through and through.

On Second Shift, frequent collaborators Siavash Amini and Matt Finney touch on the tribulations of young adulthood through a dialogue between Amini’s haunting drone instrumentals and Finney’s intimate spoken word performances. Following the same characters as their previous joint works Familial Rot and Gospel, Second Shift pushes the latter’s distinctive menacing, distortion-heavy sound to its logical extreme. Some degrees noisier than any other record highlighted in this article, Second Shift has a very highly blown-out, visceral sound—emblematic of the “second shift” of leaving a dead-end job to return to an unwelcoming home. The record is personally revealing and utterly gripping.

With dozens of albums under his belt and some 40 years of experience, Robert Rich certainly qualifies as an ambient veteran. His new release, Tactile Ground, trades the distinctly alien textures explored on his most recent standalone album (last year’s The Biode) for a tranquil, by and large more lethargic sound reminiscent of 2012’s Nest. Over the course of two acts, “Location” and “Dislocation,” Rich presents a variety of avenues inside the confines of this particular, relaxing sound, ranging from the familiar and homely (“Language of Breezes”) to the more disconcerting (“Heat Island Effect”). It’s a mesmerizing, versatile album from one of the genre’s most trusted craftsmen.

The lead track of Break, “Seiche,” is a masterwork. On first listen, I was immediately hooked by its incorporation of exciting traffic-like sound effects into a sonic landscape of deep bass hits, analog arpeggios, and swelling chord patterns. From Tokyo-based composer Corey Fuller, Break comprises tracks anywhere between three and 15 minutes in length (not including the silent interval), though all are equally developed and innovative. Outside of its composition and sound design (both of which are executed perfectly), one the best qualities of the album is its exceptional flow. Not only is Fuller clearly well-versed in pacing, but a key component in Break being so satisfying a listen is Fuller’s elegant balance between building a distinct and recognizable sound, and constantly experimenting throughout the album’s runtime. In the few short weeks since I’ve first listened to it, I’ve been continually surprised at how quickly time passes before “A Handful Of Dust”’s scratchy, detuned piano appears to signal the upcoming end of the album.

On Hauch, German musician Christian Grothe (operating as Kryshe) pulls together elements and tones that feel as if they don’t have a right to work as well together as they do. Communication is the running theme throughout the record; pianos and vocals complement each other, and elaborate trumpet highlights make room for gentle synth solos. All of this is enveloped in a comforting package invoking feelings of constant warmth and safety. Kryshe has hinted towards a signature style on other releases under his real name, like ReImagine, though it feels like Hauch is the first record in which this style really comes into its own. Hauch makes use of particularly interesting arrangements; the highlight of the album is “Zeitlupe,” which feels like the record in microcosm. The track (its title means “slow motion”) contains the aforementioned interplay between sonic elements interspersed atop a muffled synthesizer pad; the effect is that of boundless momentum.

Anonymity is a powerful tool, and one Glåsbird uses to their advantage. Whether a personal connection to an artist can (or rather, should) enhance an audience’s enjoyment of an album is a topic too complex to discuss here, but the lack of context surrounding the Glåsbird project allows one to project their own experiences onto an album without outside baggage (label Whitelab promises this is a well-established artist in the ambient scene). Grønland is the project’s second release, and its first LP. It’s the score to an imagined film set in Greenland; over the course of the album’s six tracks, a sense of peace and harmony is built through slow pace and consistent instrumentation. “Tundra” is my favorite cut; the introduction of higher plucked tones in the second half creates an atmosphere I find it easy to lose myself in.