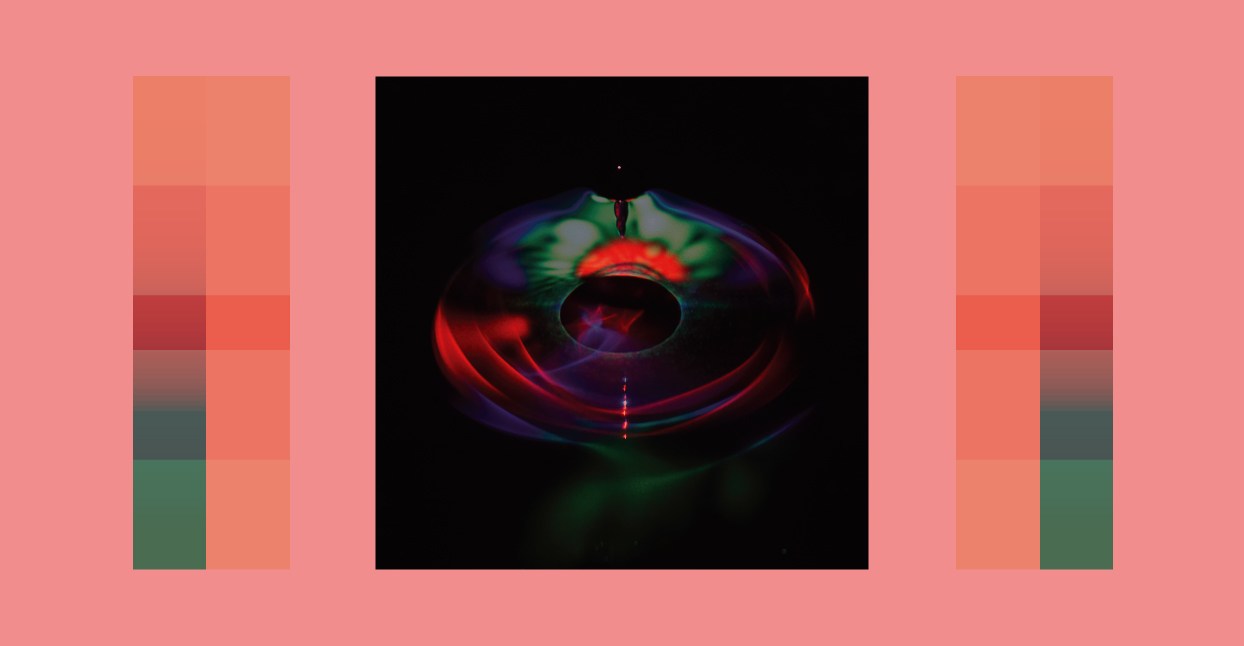 In this edition, we’re highlighting albums released from February 15 through March 15, including a serene vocal-centric album that hits particularly close to home, and one which samples the sounds of merging black holes.

William Basinski
On Time Out of Time

There’s a moment towards the end of the A-side of William Basinski’s new record where the unsettling and strangely metallic tones comprising majority of the album suddenly give way to a hum of muffled, otherworldly synths. It’s in this moment of quiet reflection, a highlight which evokes real feelings of loneliness and a sense of celestial greatness, that you begin to realize how much Basinski has created in On Time Out of Time—more than the sum of the album’s already complex and engaging parts. This grand feeling is only deepened by the samples of merging black holes that Basinski incorporates into the songs: the premise that got me interested in the album initially, and a premise which complements the album’s tone on an inspired level. The B-side (dubbed the inarguably memorable “4(E+D)4(ER=EPR)”) similarly reinforces this journey’s epic scale, playing out like a soundtrack to some timeless deep-space movie. Then again, maybe acting as a score to another work would only detract from how much of a complete—and awe-inspiring experience—this record stands as by itself.

Brock Van Wey is nothing if not a practiced hand at the art of ambient music; he’s been operating under the bvdub handle since 2007. His newest work is a stellar fusion of both elaborate composition and unique structure; the content a reflection of its title. Explosions in Slow Motion comprises four major quarter-hour movements, followed by the shorter “Embers,” which charmingly act as the smoldering remains to the explosions of the odd-numbered tracks. Between the orchestral chaos of “Us Again in Amber,” the touching melodies towards the end of “Disappearing in the Sun,” and the entirety of “Ember 2” (which proves to be a gorgeous inclusion despite its brevity), bvdub has pulled together an album simply bursting with well-executed musical ideas. How varied this album is surprised me on my first listen; bvdub makes use of all the tools he has available, be they analog synth patterns, muffled drum beats, or a beautifully dissonant virtual string section. The high point is undoubtedly the album’s end, “Enemies In Your Eyes.” Presenting cycles of layered orchestral and synth crescendos, the track’s use of said instrumental variety and constant structural progression makes it a rewarding listen even in isolation, an experience truly worth sticking around for.

Maria Somerville
All My People

All My People is the debut full-length record from Irish artist Maria Somerville. Stitching together an entirely unique sonic landscape of lo-fi drums, floaty lead lines, and chilling vocals, All My People is an immensely rewarding album. There’s a large amount of charm to be read in Somerville’s work with her incorporation of Irish motifs and culture, a touch that resonates with me, having spent most of my childhood in Ireland. From the sleepy-eyed opening tones of “Eyes Don’t Say It” to the sudden (yet still hopeful) conclusion of final track “Brighter Days,” the record proves to be completely gripping, with its constant sense of self-examination and the continuous innovation across its runtime. The retro-influenced “Dreaming” is a particular highlight, starting with subtle strums of washed-out guitar and swelling into something much more powerful. It’s a personal highlight of the record, though the title track descending into a chorus of gritty, interwoven analog arpeggios is also a moment worth waiting for.

As described by label Atlantic Rhythms, “discovery” is the essence of George Cory Todd’s new outing. From the first minute of the record, we’re met with dizzyingly-cut warm tones underpinning an ethereal haze of higher synth notes. These strange cuts follow us deeper into the journey Icon has to offer, creating an almost polyrhythmic effect from skipping across a significant amount of the record’s synth lines. My favorite track is “Five,” a piece that feels perfectly adept at comfortably suiting any mood. Jumpy and energetic leads and samples work in tandem to create an experience that paradoxically remains quite chilled, through filtering and a largely unchanging foundation of pulsing bass frequencies. There’s really no easy way of explaining the disorienting and fascinating experience that is one’s first experience with Icon, certainly not one that can’t be topped by simply giving the album a listen.

It’s safe to say that the new ambient compilation by Washington-based label Light in the Attic is one of the most widely-discussed and widely-praised ambient releases of the month. Kankyō Ongaku (translated as “environmental music”) contains 10 cuts from the titular decade, each receiving a release outside of Japan for the first time. Visible Cloaks’ Spencer Doran, this project’s compiler, has pulled together a compilation album that showcases distinctly different artists while remaining stunningly coherent. The album has been praised for its variety in approaches to kankyō ongaku, building up an extremely pure and pretty atmosphere that lingers for the songs’ duration. Whether it’s the staccato, soundfont-y chord bursts in Yasuaki Shimizu’s “Seiko 3,” or the muted aural palette of Fumio Miyashita’s “See the Light (Abridged),” this album ceaselessly offers new ideas in a relatively concise time-frame per track. An instant classic.

Aaron Martin’s first full-length solo release since 2014, A Room Now Empty is an arresting and haunting ambient work, based largely around Martin’s primary instrument, the cello. The sound of A Room Now Empty is not unlike what Martin has achieved before on previous works such as In the dead of night when everything is asleep; earthy and aged, a timbre well-suited to delivering the mournful and often-times unsettling experience A Room Now Empty hopes to impart on its listener. Whereas tracks such as “First Time Underwater” opt for a slower and more melodic approach, tracks such as “Fire Current” use the album’s now well-established elements in the creation of something more raw, and menacing. The various ways in which Martin utilizes the naturally warm sound of his cello is a testament to his skill as a composer.

On ~~~, ana roxanne has crafted a wholly intimate musical experience, one which feels refreshingly personal. An ode to her time spent in the Bay Area, the six tracks of ~~~ create a rich narrative. Similarities can be drawn between “Immortality” and “Nocturne”; on both, ana’s voice plays a central role, adding a certain depth and personality that otherwise couldn’t be matched with any other instrument. “Slowness” and “I’m Every Sparkly Woman” take pride in a more artificial sound, the vocals in the latter being hidden behind enough filters to perhaps fool the listener into thinking they’re just hearing another layered synth on top of the subdued arpeggiated patterns. “It’s a Rainy Day On The Cosmic Shore” and “In a Small Valley” are both more textured and atmospheric experiences, and both fill the role of tying the album into a more unified experience. The first of these provides a welcome moment of reflection, and the second a fitting conclusion to ana’s story, fittingly ending ~~~’s very human experience with brief snapshots of everyday life.

Arguably one of the more esoteric inclusions this month, Erg Herbe is an album I’ve only fallen in love with more and more since its release. Created by composer and flautist John Bennett, the album combines a variety of oftentimes peculiar textures, broadening the album’s scope a little more as each track enters the fray. There are the unpredictable minimalist melodies played over mechanical and precise drone leads in “A Little Breeze,” or the shifting bass plucks of “Jacob’s House” layered with succinct flute notes, or “Distant Patterns,” which utilizes panning to create momentum in a way I find weirdly satisfying. Don’t miss this wonderful, experimental spin on meditative music.