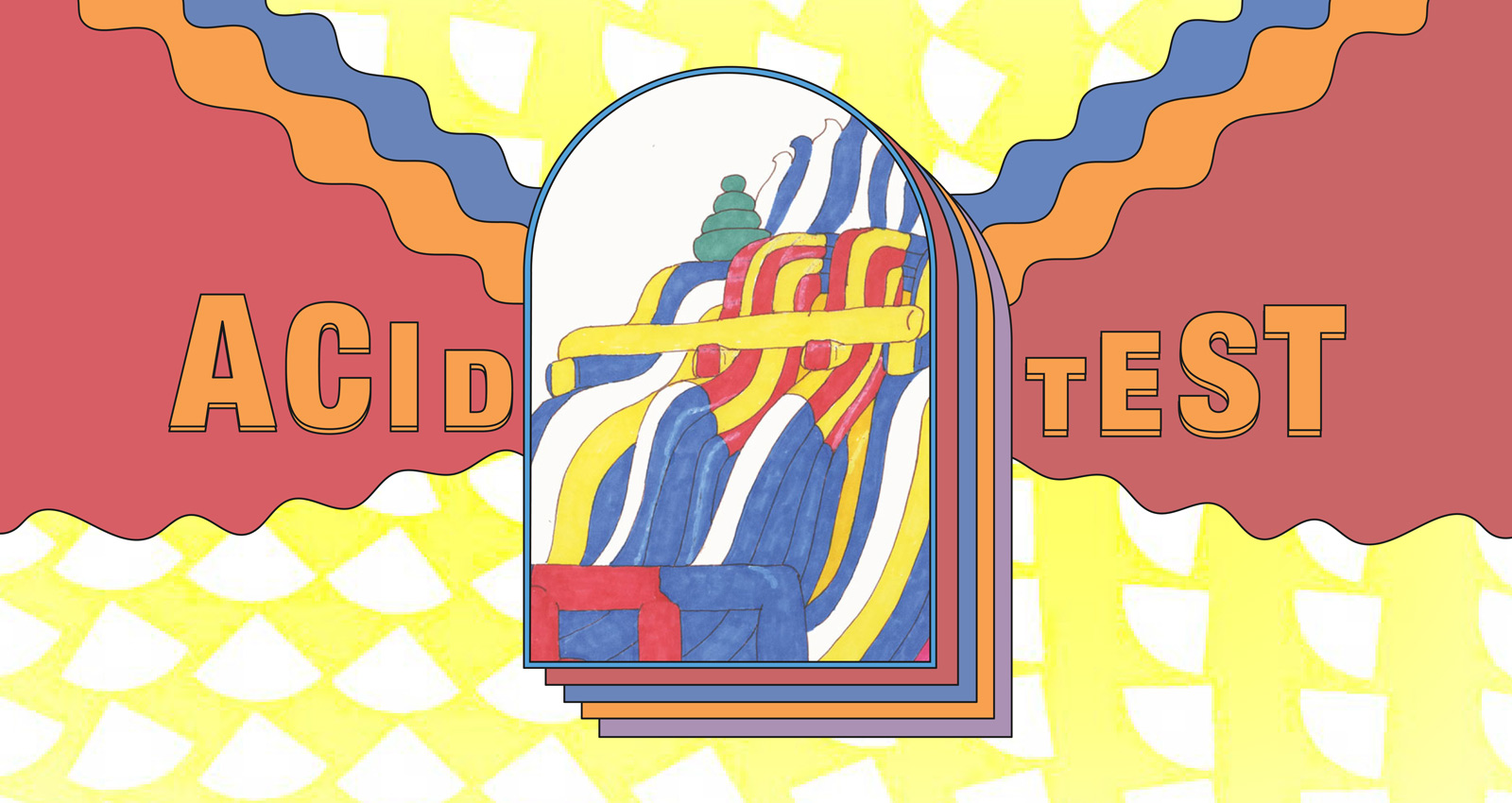 Bandcamp’s outer limits continue to be a rewarding place for psychedelia, experimental club, noise, vaporwave and the wholly uncategorizable. In each volume of Acid Test, Miles Bowe explores its far reaches to dig up hidden gems and obscure oddities. Looking back at May, we explore thrilling musique concrete, a singer-songwriter with a knack for experimental sound design and rubbery chamber music for your finest bouncy castle.

On The Inflatable World, Finnish synthesist Roope Eronen composes Renaissance music for the bouncy castle of your dreams. Using a palette of rubbery synth tones and choral voices, Eronen’s micro-symphonies are both jarringly cartoonish and densely ornate. Most tracks only last a minute or two, but each vignette is bright and inviting, from the instantly engaging opener “Angel Bounce” to the splashy “Enlarged Skyways” and the elastic choral music of “XXXL Nativity.” One of the finest alien artifacts beamed down from Spencer Clark’s Pacific City Sound Visions imprint, The Inflatable World is a plastic paradise worth visiting.

This self-released debut EP from Wisconsin songwriter Terra Firma introduces their powerful singing voice, but also showcases the subtle sound design choices they’ve sculpted around it. Sometimes recalling Mike Hadreas, Terra Firma draws on the same tender intensity of early Perfume Genius by keeping the instrumentation stripped back, even when it changes significantly from track to track. xXMUDXx includes starry synths and processed strings; field recordings of laughing children, singing birds, and blaring sirens; delicate pianos and searing guitar; but it always feels carefully balanced. Each of xXMUDXx’s five tracks tries something different, yet it all fits together, making for a rewarding introduction to Terra Firma’s work.

Copenhagen-based ambient artist Sofie Birch has released albums on Constellation Tatsu and Longform Editions in recent years. Now, she returns to Seil (who released her 2019 debut Planetes) for Whisper Fold Brush, a release that allows you to get lost in her sonic atmospheres over the course of two sprawling 20-minute tracks. The music was originally adapted from Birch’s score to a performance art piece, which may account for its structure; but the extended run times suit her music perfectly. Each massive soundscape slowly unfolds and evolves, often revealing gorgeous little sounds in its corners, from twinkling synths to the faint humming closing out “Side B.” Whisper Fold Brush is a standout entry in Birch’s wonderfully expanding discography.

This two-part compilation from experimental electronic outfit Psychic Liberation serves as both a wide-spanning primer of the label’s artists, and as a fundraiser for the NYC agricultural and abolitionist organization Roots Unbound. The albums cover a massive range of styles, with darkly industrial turns like Via App’s “Celestial Waters” or Julia Santoli’s sparse, nightmarish “Psychohistory” on Pt. 1, to moments of abstract beauty, like Alex Suarez’s “Three Shapes Dances” and MARV’s touching piano-led “LBS OBOL.” The second disc turns the focus a bit more towards dance music, with highlights like Wilted Woman’s “Turnips,” Isabella’s “98,” and the gleefully unhinged “Through A Needle’s Eye” by Nape. If you’re unfamiliar with Psychic Liberation’s fantastic catalog, this might be the best place to start.

Bobby
Strange Sounds From The Past

True to the title, this short-but-sweet release from this New Mexico musician presents a handful of charming glitch experiments dug up from years before. Inspired by Conlon Nancarrow—the early 20th century composer who programmed player pianos to perform compositions physically impossible for a musician to play—Bobby takes a similar approach, digitally editing guitars and vocals into dizzying arrangements. “Acoustic Guitar Song,” “Electric Guitar Song,” and “Voice Song” each focus on their respective instrument while acting as a nice build-up to the closing “Song Song,” which throws everything into the blender at once and ends up with a pleasantly appealing cacophony.